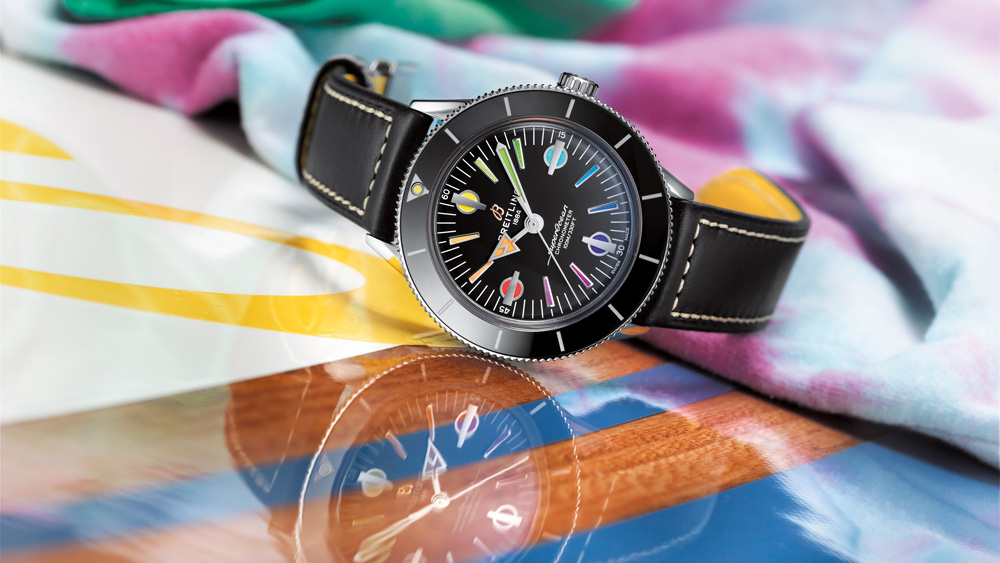 Breitling appears to still be doing some good business during the pandemic. During an Instagram Live this week with Brian Duffy, CEO of The Watches of Switzerland Group, it was revealed that the brand’s new Superocean Heritage 57 Rainbow watch sold out instantly within hours of its release. The watch was limited to 250 pieces at around £3,600 on a leather strap and £4000 on a steel bracelet.

Most rainbow watches come outfitted with a myriad of precious multi-coloured gems, but Breitling’s sports watch take on the trend—which includes multi-coloured hour and minute markers—turned out to be a hit.

Breitling CEO Georges Kern told Duffy, “The biggest surprise has been the Rainbow. I love it but it is so special it might have been too segmented. We sold everything within a few hours.”

In April of last year, the company announced it would no longer show its new product at Baselworld, the beleaguered watch trade show out of Basel, Switzerland. Instead, the brand opted for its very own “summits” to reveal products. This year, the summit took place digitally with Kern revealing the new products which included six references for the Superocean collection, a new line of Chronomat bracelet sports watches, and new ladies’ Navitimers. But the Rainbow was easily the star of the show and, it looks like, also the pot of gold.

Kern also revealed that after the watch was launched he heard that the rainbow had become a symbol for healthcare workers in the U.K. As a result, he’s now considering a second model to support workers on the frontlines.

“We are considering doing a second model with a blue colourway,” said Kern. “We might think of making a model in that colour to support medical staff doing an amazing job in the U.K. and elsewhere.”