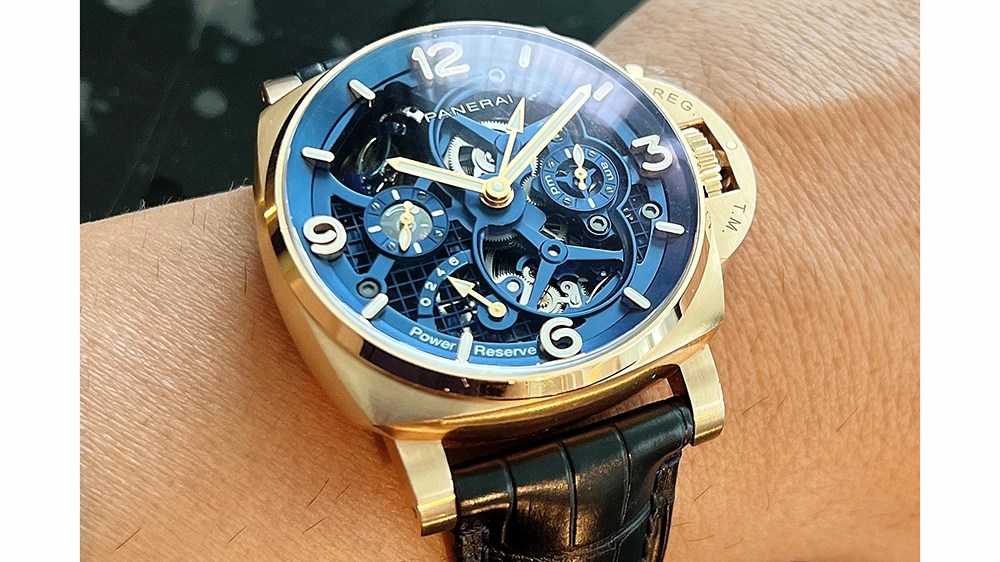 There are many reasons for buying a watch, from celebrating milestones like an anniversary or marking career achievements. (You can also, of course, also just spot something under a vitrine and know immediately you have to have it.) But selling watches is as much a part of being a collector as acquiring them. So we asked a group of well-known watch aficionados, from novelist Gary Shteyngart to award-winning chef Thomas Keller, to divulge the timepiece that they will never, ever part with…at least during their lifetimes. And after taking a look at the assorted references below, you won’t blame them.

“I bought my beloved 1675 gilt-dial GMT a half-decade ago. It has accompanied me through all of my European book tours, from Ireland and the UK to Switzerland, Italy, Germany and France. Hence it has seen me at my drunkest, including the traditional Bavarian breakfast of beer and white sausage. The watch used to belong to a NASA administrator who reportedly served as a liaison to Nixon’s White House back in the day. Hence it has also seen some very, very weird stuff.”

“Most watches are simply mechanical works of art that have a soul but don’t express much about the owner. My Panerai Tourbillon Skeleton is more an extension of who I am: It embodies a boldness and strength mixed with charm and refinement. This piece is never far from my wrist and travels the world with me. I will never part with it, since it’s truly a part of me.”

“This watch is particularly sentimental for me, as it was a gift from my father celebrating my 18th birthday and acceptance to college. He had to quit school at age 14 when he left Morocco, so that he could work and provide for the family. Back then he was getting assistant jobs at Parisian fashion houses and magazines. When he was 18, he ended up in the elevator at Paris Match with the creative director, an elegant and successful man, who was wearing a Cartier Tank Louis in gold with a brown strap. My father told himself that his definition of success was to one day gift this watch to his own son. I feel very proud to own this watch.”

“So much of my art, wine and watches are a reflection of my personal life and are autobiographical in a way. Once I saw this extremely clean Rolex ‘Big Red’ Daytona reference 6263 on the wrist and understood its historical significance, [Palm Beach-based dealer] Eric Wind and I agreed it was the perfect start to my vintage collection. It’s a piece I plan on passing down to my next of kin.”

“The element that makes this Rolex Daytona extremely unique is its colour, which is very distinct: a baby-blue dial and a brown bezel. It took some time for me to get—and it was delivered by one of my best friends, which makes it especially memorable—so it’s certainly one of the watches I cherish most.”

“I can say with confidence that the Royal Oak Openworked will never leave my collection. The watch encapsulates everything I admire about the brand: its classic 37 mm Royal Oak case design and its desire to break the rules by experimenting with frosted-gold finishing by jewellery designer Carolina Bucci. What’s more meaningful, though, is the fact it holds special memories of the factory visit I had in Switzerland, where I described the watch of my dreams—exactly this watch—before it was released.

All images by Chandler Bondurant