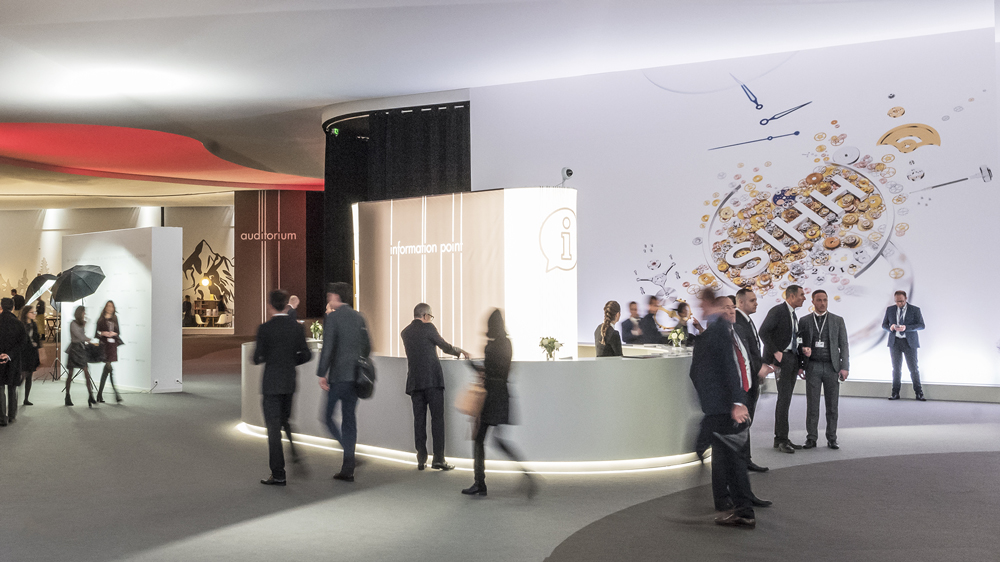 The Salon will remain in the Palexpo, the large convention centre in Geneva where the show has taken place for many years, but it will be more open to the public next year. That means pricier show tickets, but more access. Tickets to the show will be 300 CHF (approximately £235), which includes full access to the show and the various brand booths—including food and beverages—as opposed to last year’s tickets, which were 60 CHF and only allowed guests into the Palexpo to effectively window shop the booths.

There will also be an increased focus on CEO presentations, panel discussions and workshops in a section that will be referred to as “The Lab”. These engagements have been happening for the last two years, but now they will be open to all attendees (journalists and visitors alike). Many of them will be broadcast globally, widening the audience for information about new watches and collecting.

W&W-In the City will be completely free and open to the public and will include activations in watch boutiques and private spaces throughout Geneva—a format similar to the last two Watches & Wonders events in Miami. There is no word yet on what will happen to the Miami show, but it’s said that how and when it will move forward is currently being discussed. The Patek Philippe Museum, along with several watchmaking manufacturers, are said to be opening their doors to the public during the Watches & Wonders show in Geneva from April 25th through April 29th. W&W-In the City will also include brands that have not previously been included in the SIHH show.

There has been much industry discussion about the need for trade shows like SIHH (and Baselworld in Basel, Switzerland) to acclimate to changing times, but once the changes are implemented there may be some backlash. This democratic and inclusive approach to luxury could turn off top collectors who see the show as an exclusive event that often allows them to see and touch product before the rest of the world. And retailers have already said that clients have been placing orders before they themselves had even seen the product thanks to Instagram—and the journalists and other media who post images of new products there.

“Because it’s about more than watches, we chose a name that conveys a sense of wonder, excellence, openness and discovery; a different way to experience watchmaking. Watches & Wonders becomes the focal point for the exceptional talent, creativity and infinite innovation of the world’s leading watch and jewellery maisons,” said Fabienne Lupo, chairwoman and managing director of the Fondation de la Haute Horlogerie in a statement.

Cartier, MB&F, Hermès and Ulysses Nardin and Girard-Perregaux were among the brands that championed the new developments. “Hermès welcomes this ambition to open up the Salon,” said Laurent Dordet, CEO of Hermès watches in a statement. “It gives a wider audience the opportunity to discover our exceptional watchmaking savoir-faire both in Geneva and internationally.”

The new W&W platform will have more in store for the “Wonders” part which may begin to incorporate more art, culture and fashion into the show. Lifestyle will be the major focus going forward.