By Terry Christodoulou on September 11, 2020 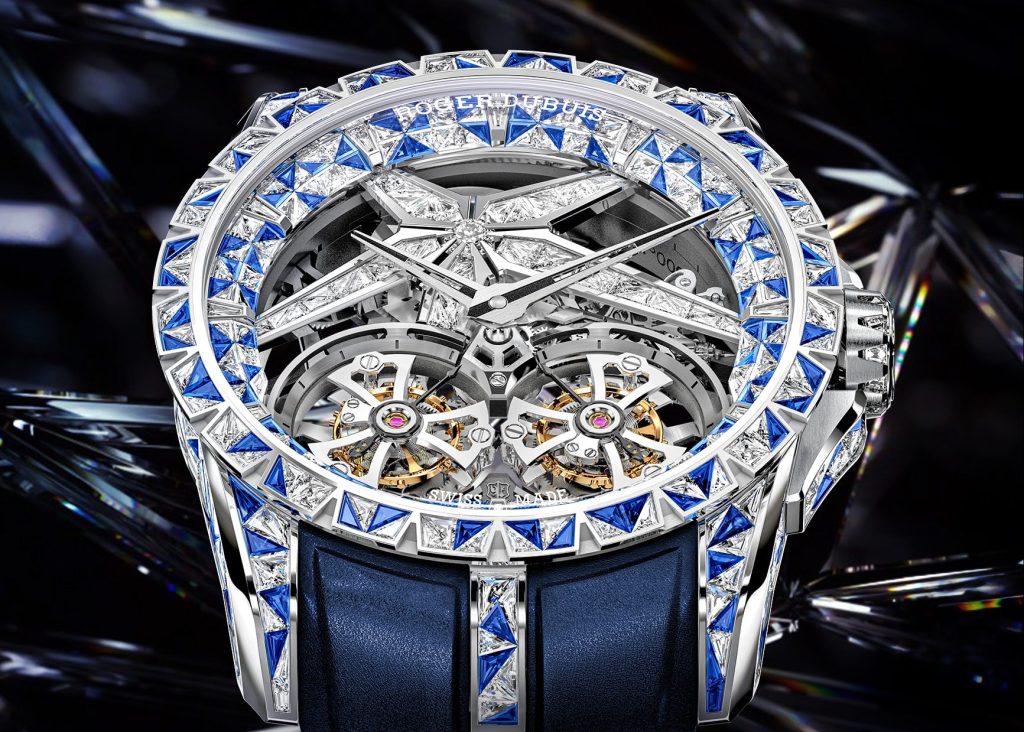 Roger Dubuis has a reputation for over the top, boundary-pushing designs, but it’s latest – the Excalibur Superbia – may just be its most outlandish yet.

Teaming up with artist Kaz Shirane, Dubuis unveiled its new Excalibur to Watches and Wonders Shanghai, boasting a new movement and a hell of a lot of gemstones.

How many you ask? 600 meticulously set diamonds and sapphires totalling 11 carats that have been cut into an intricate tetrahedron shape. 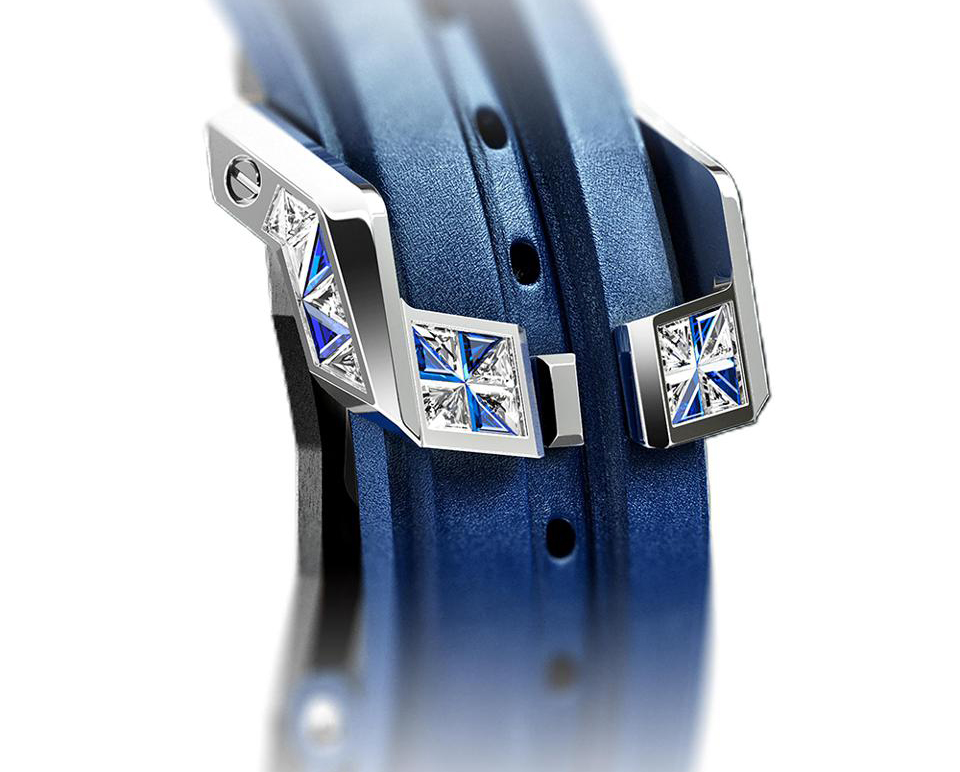 The gems are all slightly different in size and shape, proving a difficult task even for the most well-regarded master gem-cutters and setters, with the cutting time alone said to be in the hundreds of hours while the setting time clocks in at some 1320 hours.

The difficulty lies in the type of setting, with the invisible settings demanding precise grooves to allow the jewel to ‘snap’ into the metal precisely. Of course, the difficulty is enhanced by the watch cases curved nature. 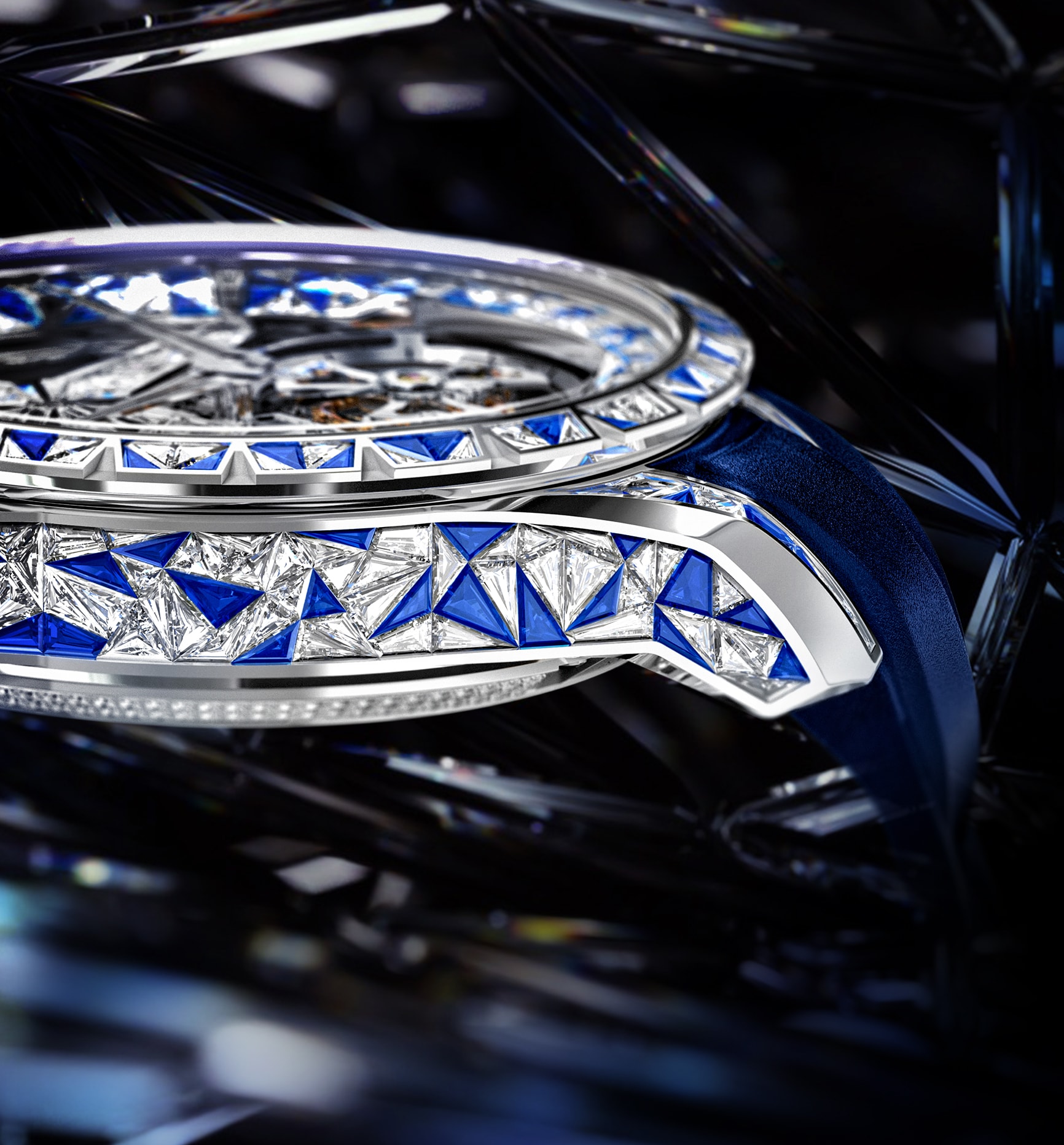 However impressive the gem work – one shouldn’t take away from the watchmakers at Roger Dubuis who have fitted the new Excalibur with an all-new high-tech calibre (RD108SQ) that sees a double flying tourbillon with a raised gem-set star within a palladium and white gold 45mm x 14.4mm case.

Further to the technicalities, the watch boasts a 72-hour power reserve and is decorated to Geneva Hallmark standards which means every surface of the movement is finished in some way.

A truly unique timepiece, this reference is one of one and with the brand labelling it ‘the epitome of excess’ it comes with a price tag of around £660,000.