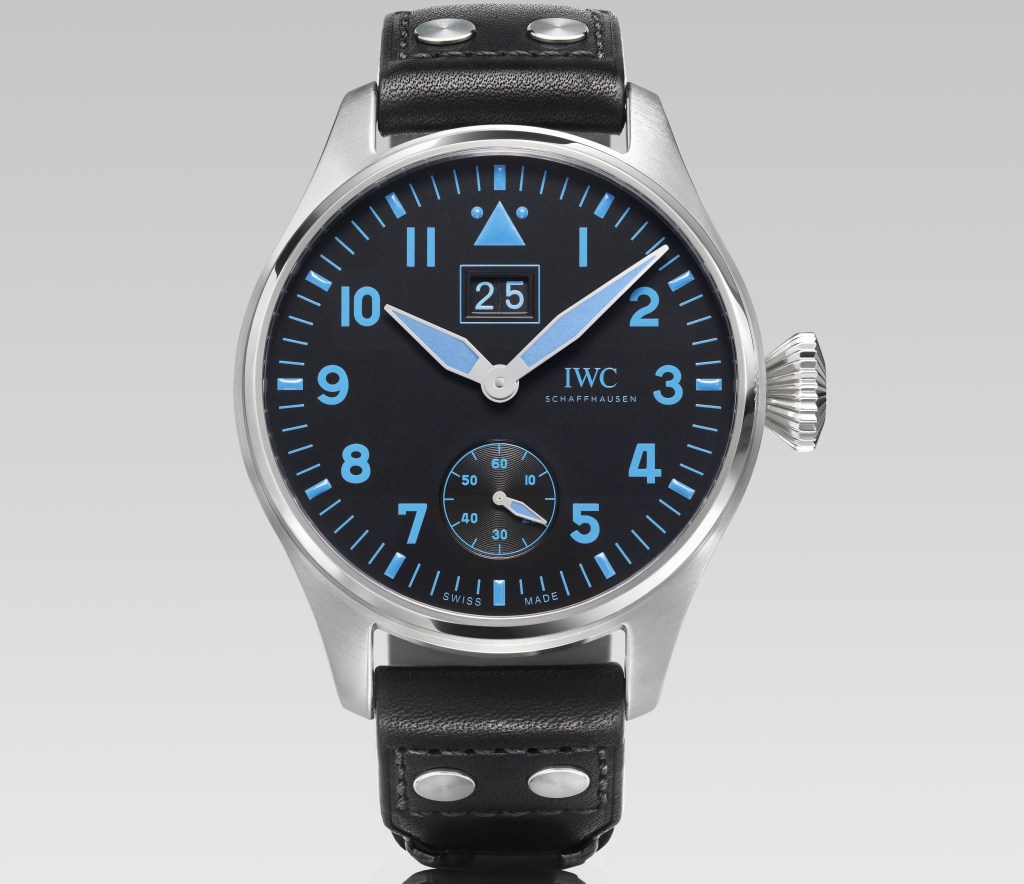 Jaeger- LeCoultre, Longines, Panerai, Piaget, Roger Dubuis, TAG Heuer – the list of lauded manufactures (and in one instance, the Lamborghini Aventador, marques) to have had their wares reinterpreted by the Bucherer BLUE project, which launched in 2016 in response to growing appetites for dial hues that nestle between green and violet in the visible spectrum, is a lengthy one.

Now, the IWC Schaffhausen Big Pilot’s Watch Big Date’s entry into the canon is the first partnership edition of the house’s famous offering to feature a big date complication, found beneath the triangular index at 12 o’clock marker on a 46.2mm dial that remains uncluttered despite its presence. 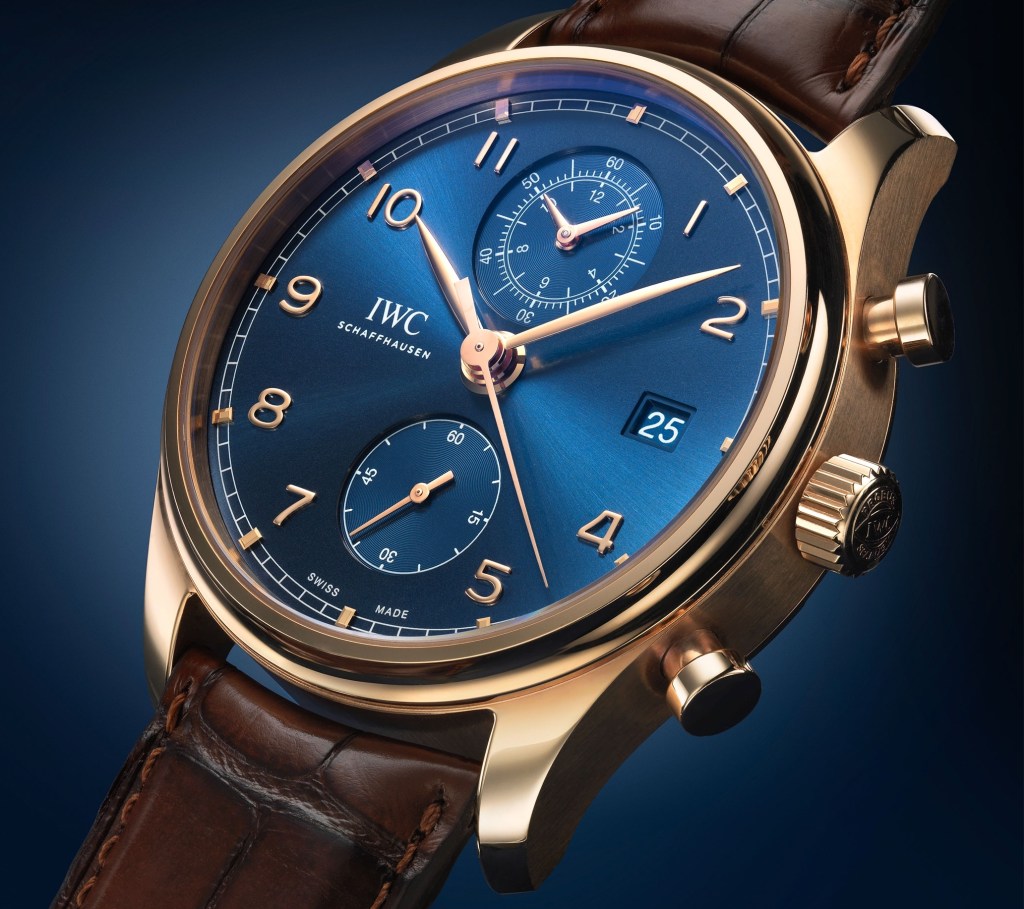 The case back on the limited edition (100 pieces, £13,100) model has a unique Bucherer BLUE engraving, next to which a round sapphire glass window offers a glimpse into the horological snippet of theatre that is the movement and power-reserve display. It also features a soft-iron cage to protect the movement against magnetic forces.

“For Bucherer,” according to the Swiss company, the BLUE range “represents a pioneering celebration of all that is special in a new generation’s dynamism and attitude to life”, whilst also “repeatedly delighting lovers of innovative luxury watches while simultaneously redefining the concept of laid-back luxury”.

On this evidence, we won’t be arguing.