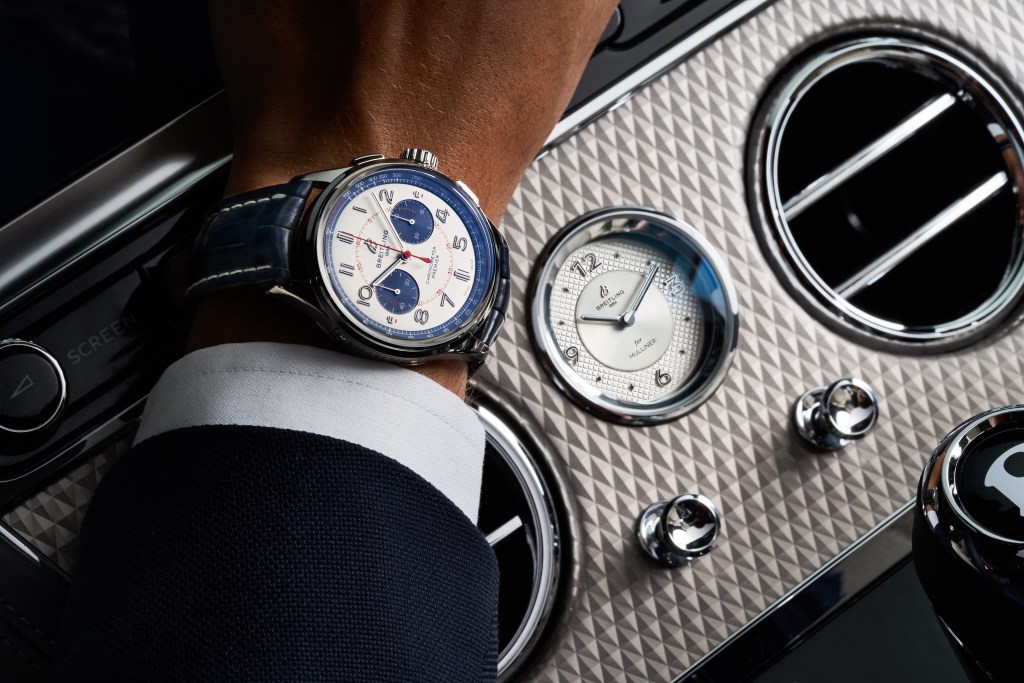 While some luxury collaborations can seem a little tenuous, others see a kind of creative alchemy take place: one which sees those involved become even stronger than the sum of their parts, and the concept of brand alliance is taken into altogether loftier realms.

An association that is firmly in the latter camp kind of begins several decades ago – Willy Breitling, grandson of founder Léon Breitling, would frequently be seen tearing up Swiss roads in a Bentley in the 1940s – but was formally inaugurated in 2002 when, in the process of designing the Continental GT, the British marque commissioned Breitling to create an onboard clock that would be in situ with the unparalleled luxury lavish quality and peerless performance of the game-changing grand tourer which would debut a year later. 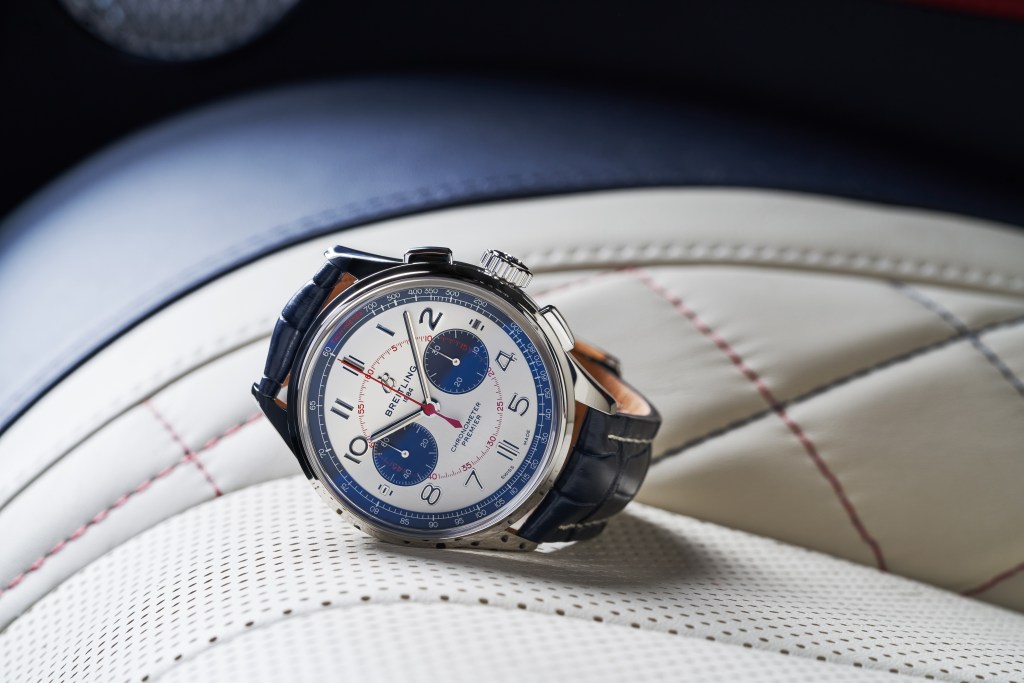 The relationship was cemented the same year as the Continental GT hit the streets when, in 2003, two Speed 8 Bentleys took first and second place at the Le Mans 24-hour endurance race – an event won five times between 1924 and 1930 by the famous Bentley Boys – with sponsorship from Breitling having been a boon to both cars’ development.

Now, a new chapter of the ultimate brand bromance has begun with the introduction of the Breitling Premier Bentley Mulliner Limited Edition (£6,580): a timepiece which, as implied in the name, has close links to the newly revealed Bentley Continental GT Mulliner Convertible. In particular, the piece has an affinity with the Breitling clock that acts as a focal point on the imperious vehicle’s dashboard, with its elegant silver dial featuring a white tachymeter scale on a blue inner bezel around it, with a red tachymeter inscription and Arabic numerals which are also reminiscent of the dashboard clock. 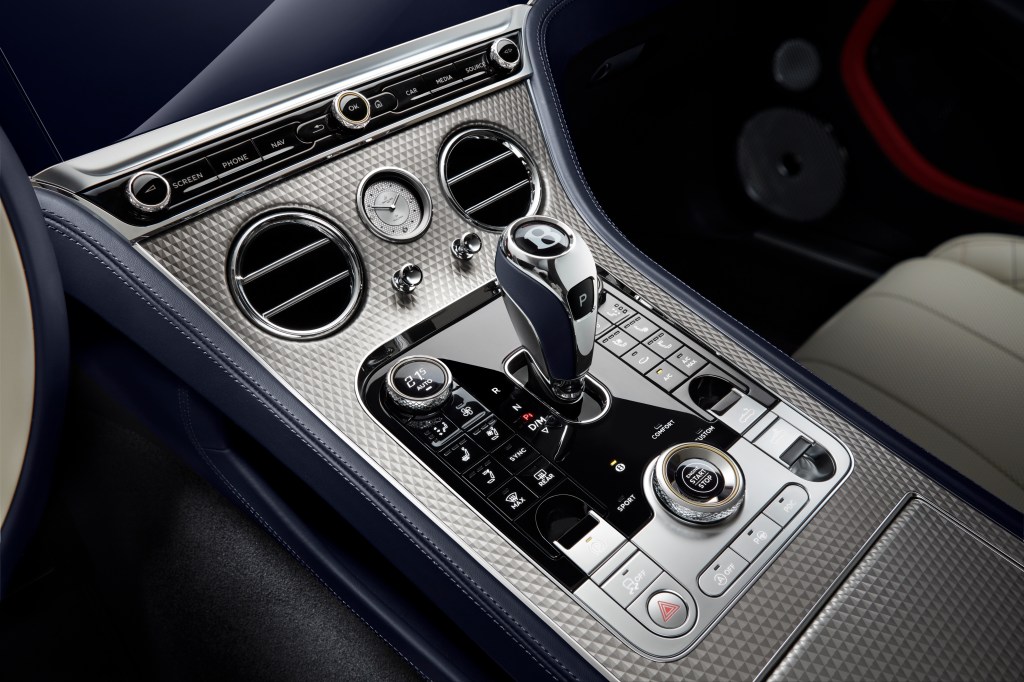 Limited to 1000 pieces, it has a 42-millimeter stainless steel case, while its blue alligator leather strap is a nod to the Imperial Blue leather interior of the vehicle. A 30-minute counter at 3 o’clock and a small-second subdial at 9 o’clock, both blue, reflect the inner workings of the Breitling Manufacture Caliber 01, which has an impressive power reserve of approximately 70 hours.

Another subtle wink towards the Bentley Continental GT Mulliner Convertible’s splendid aesthetics is the red second hand and centred 60-minute scale, both of which reference the stitching found throughout the car’s interior cabin. A plate on the left side of the case has been engraved with a ‘Bentley’ inscription, the design of which is based on the engine spin dashboard found in older Bentleys, while the transparent sapphire caseback has another inscription, reading: “Mulliner Edition – Breitling – One Of 1000”. 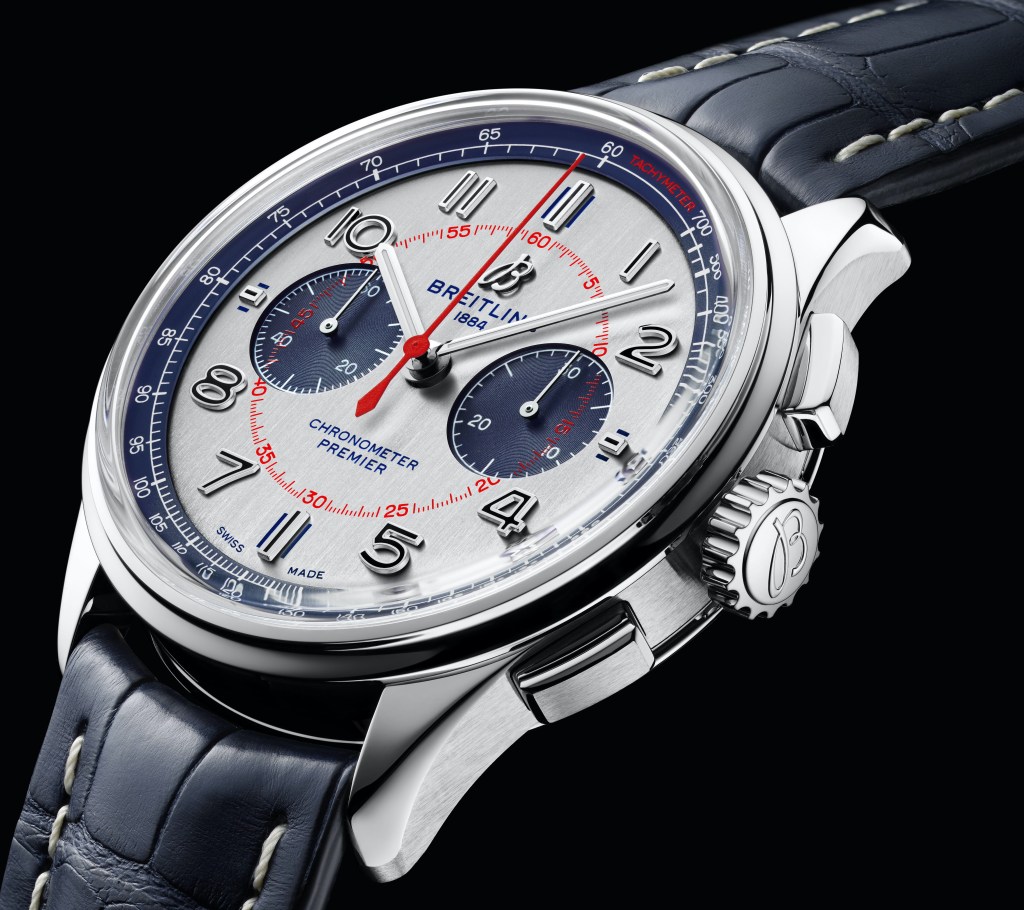 “The Premier Bentley Centenary Limited Edition that we launched a year ago was warmly received both by Bentley and Breitling fans,” comments Georges Kern, Breitling’s CEO. “The Premier Bentley Mulliner Limited Edition, with its clear links between Bentley’s and our DNA, is a logical next step in our shared story. It is also a testimony to Bentley Mulliner, whose name is synonymous with heritage, craftsmanship, and outstanding performance.”

Adrian Hallmark, Bentley Chairman and CEO, agrees: “The long-standing relationship between Bentley and Breitling is a reflection of the values we both share and our dedication to world-leading performance, luxury, innovation, and refinement,” he says. “The links between the new Premier Bentley Mulliner Limited Edition watch and Bentley’s Continental GT Mulliner Convertible are evident in the exquisite engraving detail of the watch and the design features that reference the Breitling clock on the GT’s dashboard – a perfect display of Mulliner craftsmanship.”