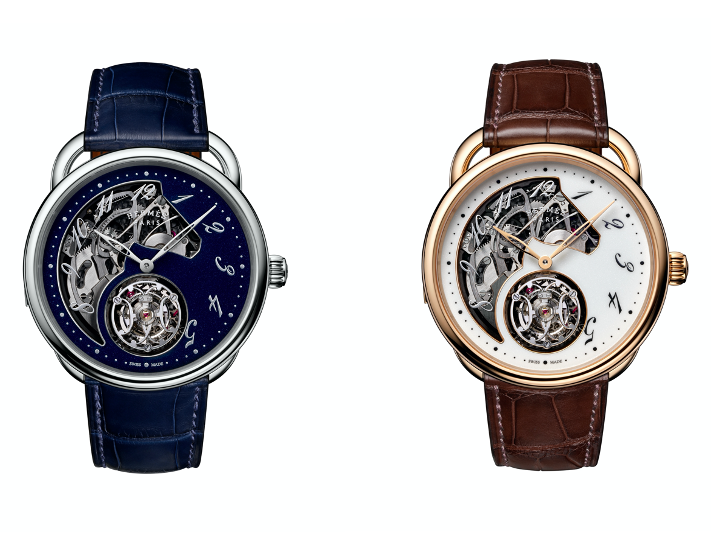 When legendary Hermès designer Henri d’Origny – whose six decades at the French luxury giants was celebrated in 2018 – first put pencil to paper in the late 70s and came up with the Arceau watch, could he have imagined that four decades later, this latest iteration of his masterstroke of formal classicism would come into being?

A one-of-a-kind model with either a rose or white gold 43mm case, the Arceau Lift Tourbillon Répétition Minutes features a white or Abyss blue-lacquered dial, via which the entrancing theatre of its mechanism can be viewed. Hugging the curves of the case, the horse-in-profile cut-out reveals the complexity of the double-gong minute-repeater mechanism within.

The other horological complication at work (and on display) here is the flying tourbillon – formed of a double ‘H’, in tribute to the Hermès boutique on the Faubourg Saint-Honoré in Paris – coiled inside the horse’s neck and visible through a round aperture at 6 o’clock (the tourbillon carriage and barrel bridge emulate the pattern of the wrought ironwork adorning the establishment’s entrance, railings, staircase and lift).

Openworked hands and the Arceau line’s characteristic sloping numerals, which evoke a galloping horse, and a Havana alligator strap complete the aesthetic. 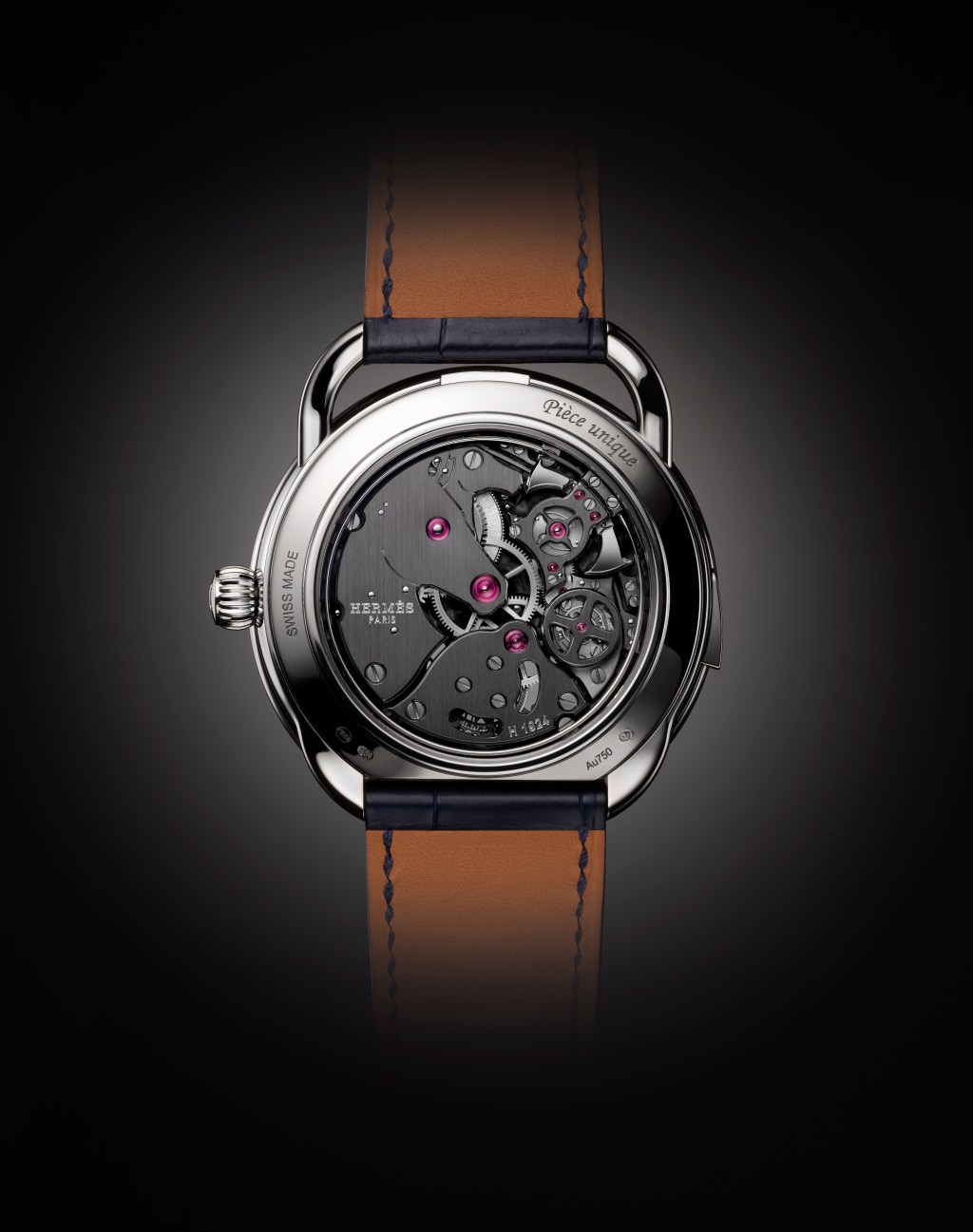