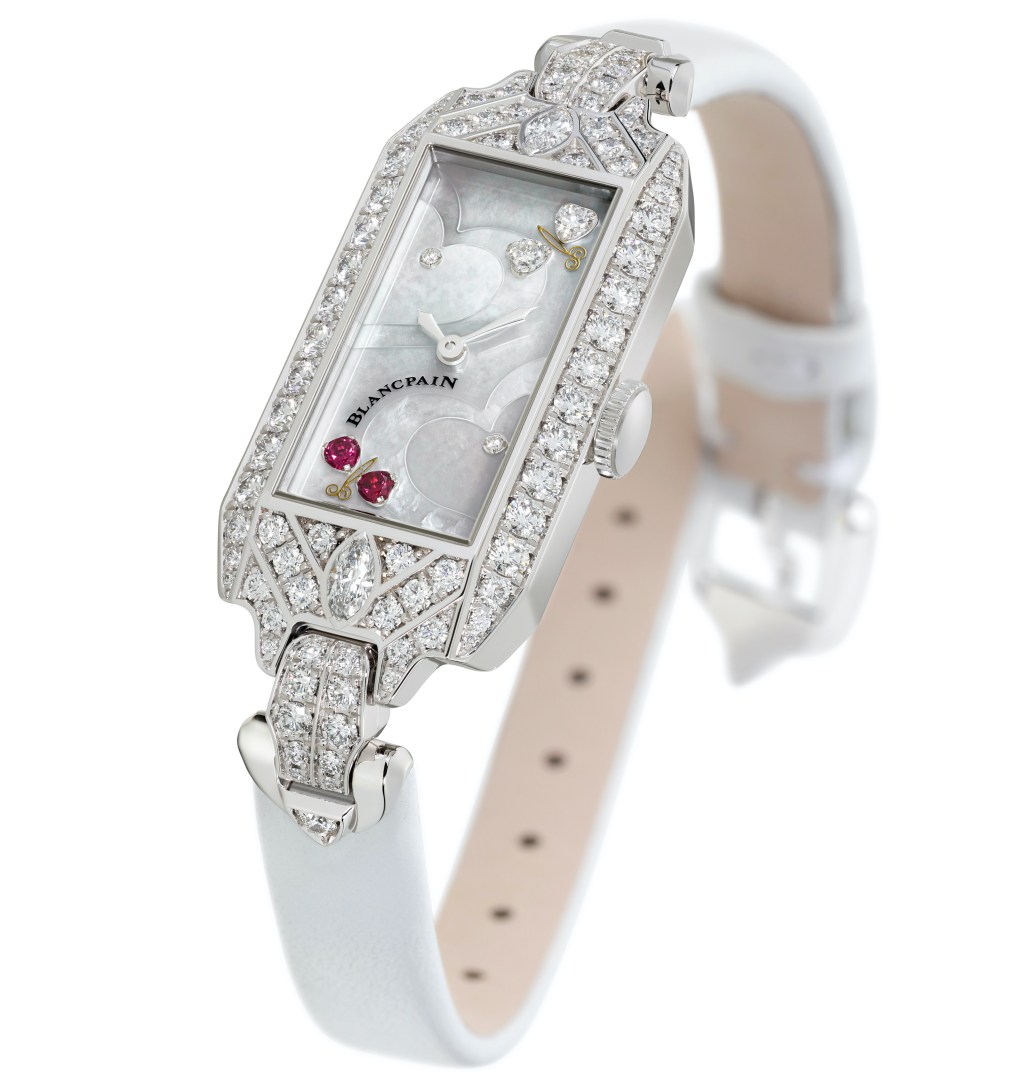 It was Pope Gelasius I who imbued the number 14 with amorous associations, when he decided to replace an ancient Roman festival called Lupercalia – which saw women on the streets struck with strips of the skin of sacrificed animals to make them fertile – with a day in honour of St. Valentine, the patron saint of lovers (as well as people with epilepsy and beekeepers). Shakespeare beefed up the number’s romantic cache with the popularisation of sonnets written for lovers.

These days, Blancpain is doing its bit every year by creating limited, feminine timepieces dedicated to love, the 2020 edition of which is inspired by a stunning Blancpain evening watch once owned by Marilyn Monroe. Its rectangular white gold Art Deco style case is set with 84 diamonds, sometimes in superposed rows, including two generous marquise-cut gems. The mother-of-pearl dial, meanwhile, inlaid with two hearts, is adorned with two brilliant-cut diamonds and two precious butterflies made of diamond and ruby hearts.

Its beating heart within is a rectangular caliber 510, a major new addition to the Blancpain collection, whose symmetry between balance-wheel and barrel lend both delicacy and visual equilibrium, while the chamfered finish of the bridges adds a soft and light touch.

As well as Monroe, the watch is a toast to Betty Fiechter, who in 1933 bought Manufacture Blancpain, becoming the first female watch brand owner and director and initiated the launch of the Ladybird (1956) – the ladies’ model equipped with the smallest round mechanical movement of the time.

A 14-piece limited edition, the “Valentine’s Day 2020” watch is available with a calf leather strap secured by a pin buckle set with a brilliant-cut diamond.