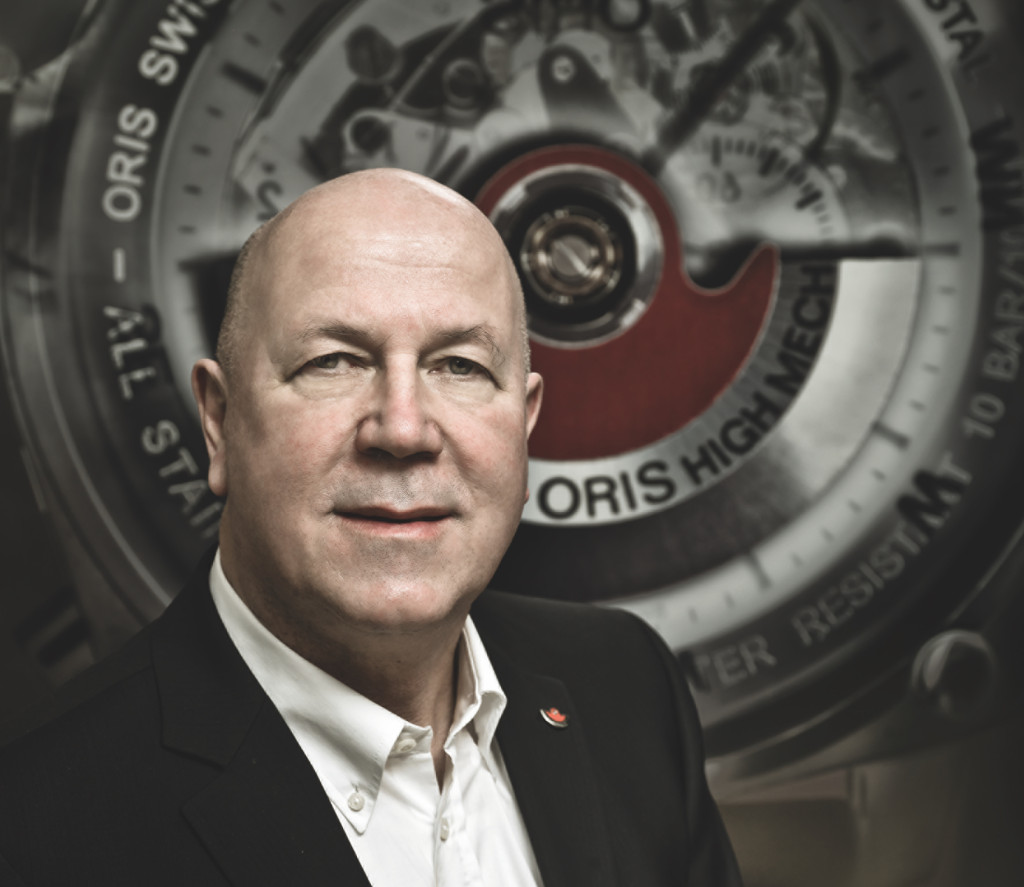 When Herzog joined Oris – a watch manufacturer founded by Paul Cattin and Georges Christian at Hölstein in 1904 – the Japanese quartz crises was imperilling the entire Swiss timepiece industry. Forty years on, the manufacturer (and indeed the industry) is in rude health. We asked him why, as well as what makes this particular brand tick.

What is significant about Oris’s latest in-house movement?
The Big Crown ProPilot Calibre 114 is the fifth in-house movement we’ve produced and it’s a milestone for Oris, featuring for the first time a 24-hour second time zone with half-hour indication. In the wake of technological advance, consumers now have more and more functions within one device. We want to offer our customer’s watches with functions which make sense and which are guaranteed to last a life-time, so the user, and the functions they require, come first. 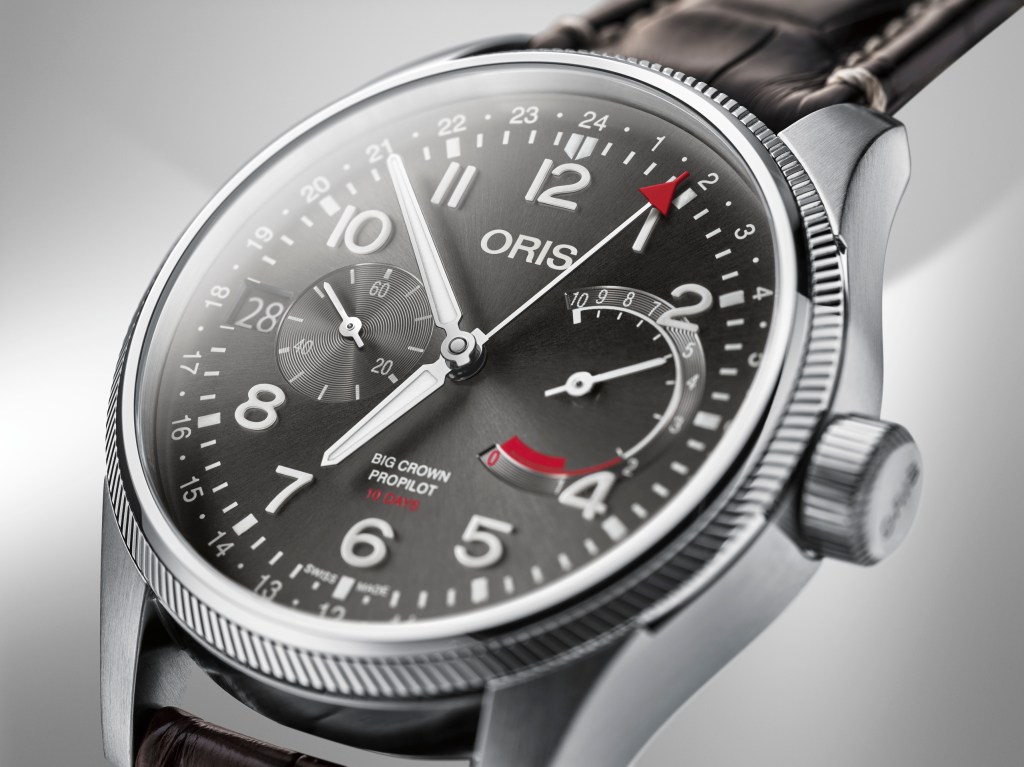 The Calibre 114 (£3950, oris.ch) is an aviation watch, so a second time zone is a natural fit. Second time zones, or GMT functions, were first introduced for pilots during the early period of the jet age, the 1950s. Travelling long distances and across time zones: a watch that showed home and local time helped overcome the barrier, psychologically at least. Today, these watches are worn not just by pilots, but also by international businesspersons and frequent travellers.

Consumers are into provenance, authenticity and heritage – does that make in-house movements even more important?
Independence remains the reason for our position within the Premier League of watch making. It allows us to innovate the way we work and means that when the market moves, so can we. Independence also means we need to invest in ourselves, and I firmly believe it’s these movements that have helped us establish a home for talented watch makers and a pillar on which we will continue to build our future.

Why are pilots’ watches at the core of your identity?
Oris was founded in 1904, at the dawn of aviation, and we made our first pilot’s pocket watch in the early 1910s. That was followed by a first pilot’s wristwatch in 1917, which featured a mechanism that meant the watch could only be adjusted when a button was pressed at 2 o’clock. The same spirit of invention inspired the Big Crown – an oversized component that meant gloved airmen could adjust their watches quickly and easily, and which debuted in 1938. This year we’ve introduced the Big Crown Pointer Date in bronze, a landmark from our archives and great example of a watch with a vintage feel appealing to both men and women. It has a distinctive 36mm case, the smaller of our case sizes and a light green dial to give it an edgy, urban feel.

This year there has been a large focus on vintage and archive timepieces as well as watches that appeal to both men and women, with smaller case sizes and different available colours. All of these components, I believe, have been the driving force behind the continued appeal for pilot’s watches. Traditionally aviation watches had a paired back aesthetic with accurate functions, making them appealing to both pilots and the everyday consumer. 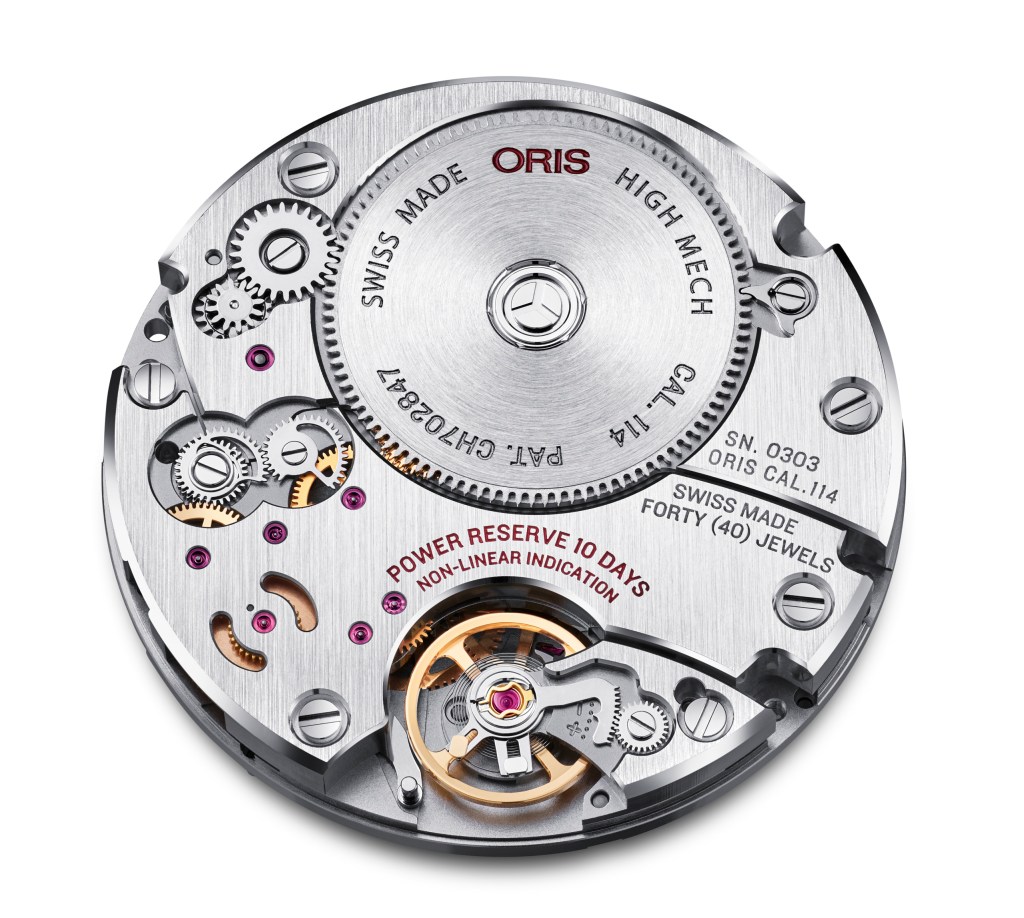 The watch that houses the new movement

Why do mechanical watches still resonate, emotionally?
Digital technology is fantastic that cannot be denied, but with technology comes software, and with software comes updates and improvements. There’s always something better being developed and once it becomes available the previous is out of date and no longer of use to the owner, and the manufacturers do not even care to repair such products. This cycle will never happen with mechanical watches and is the exact reason we abandoned producing quartz watches in 1982 when we regained independence. Watches that can be passed down through generations that continue to work yet still look beautiful. That’s what makes a watch timeless.

How are consumer tastes changing, in terms of timepiece aesthetics? Vintage watches inspired by the past but with a modern twist are in high demand. Consumers are excited by companies returning to their roots to create revivals of key icons of the past or new designs inspired by elements of archive pieces. Colour and interchangeability has also become very important to consumers. They want choice when it comes to the dial colour and straps available. For as long as I can remember, blue has always been the colour leader for both men’s and women’s watches, yet this year we have seen a parallel shift towards green dials. Also, functionality in a smaller design. Smaller dials have a retro feel to them and appeal to both men and women.

What was the key to weathering the storm of the Quartz crisis?
The Asian quartz movement flooded the market and so traditional Swiss watchmaking became tough. That really opened our minds as we remained dedicated to mechanical watchmaking. I believed that if Japan was responsible for derailing Switzerland’s traditional watch industry, ultimately, it would be Japan that would help spearhead its revival.

I travelled through Japan during the mid-80’s and felt a tangible shift in the way people were appreciating mechanical wristwatches. It was through these travels that I predicted the rediscovered appetite for watches made of gears, cogs and springs would spread – and it did.

How has the very nature of luxury – in a broad sense – changed lately? I think that luxury has steered away from a direct focus on product; the focus has shifted to a combined desire for exquisite product with an associated story. Consumers are increasingly attracted to a product that provides them with the function they desire but also a story which they can connect to – which is why, at the beginning of the year, we rebranded with the tag line ‘Go Your Own Way’. Sustainability and marine conservation are of the upmost importance  – we think it’s important to make change for the better.

Talking of which, tell us about the limited edition Clipperton?
We released it this year in support of The Clipperton Expedition, which took a group of scientists and conservationists on the arduous 80-hour journey to the uninhabited coral atoll, which is only accessible by boat, to raise awareness of the vital role it plays in the migration patterns of certain species, to gather data to help develop existing shark migration theories and to effect lasting change that will preserve its ecosystem. The presentation box is made from environmentally friendly regenerative algae. Consumers have an opinion and care for certain causes. Luxury brands have identified this and have learned to combine product with greater causes. 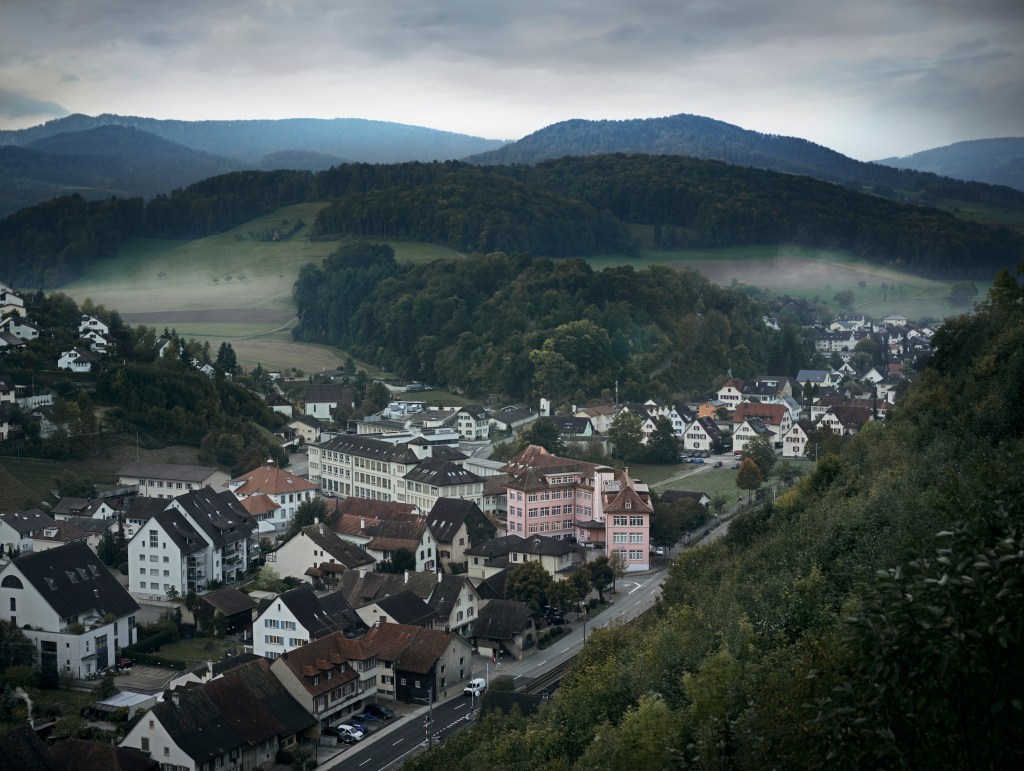 Who is your greatest inspiration and why?
My greatest horological inspirations come from Japan, where I have travelled to over 60 times. The avant-garde spirit, particularly of the Japanese artists, designers, architects impressed me every time I was there. I’ve met with many interesting and creative people from non-traditional watch businesses, which inspired me to develop Oris in a completely different direction to the rest of the watch industry at the end of the 20th century. This marked the beginning of a most successful period in the history of Oris.