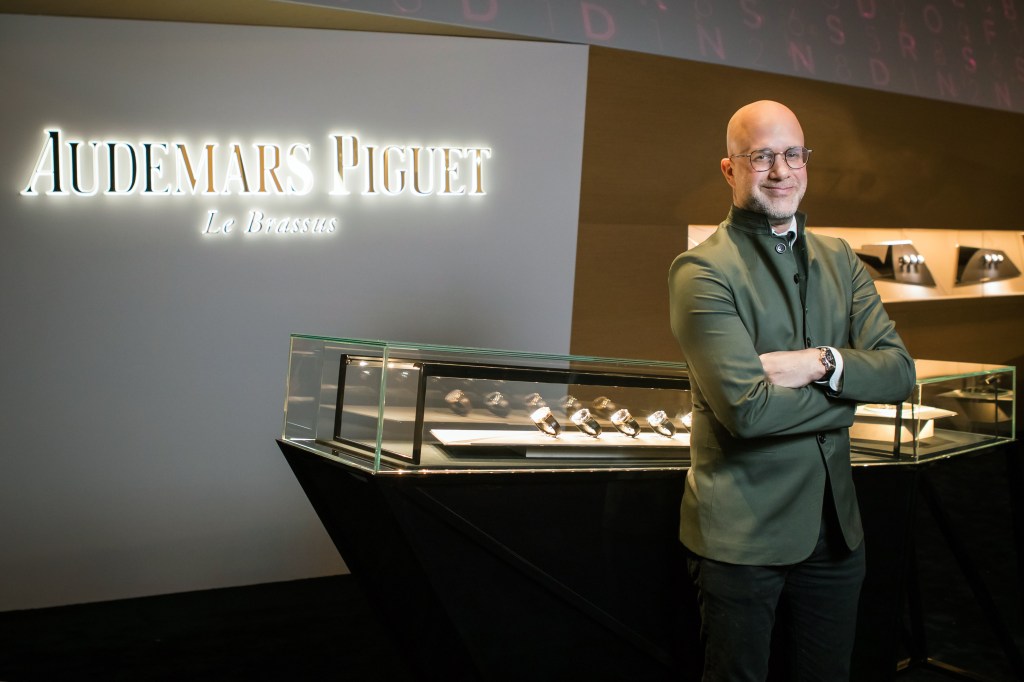 Appraiser, curator, lecturer, auctioneer – Michael Friedman, the storied Swiss brand’s in-house historian, is a bona fide horological polymath. Fascinated in mechanics, engineering and time itself from his formative years, his career path has been driven by an insatiable hunger for knowledge. We caught up with him at SIHH in Geneva.

What first drew you to watchmaking?
As a child, I was drawn to how things work. I always wanted to figure out processes. I wanted to understand the basics of how things worked: and why. It’s done this way? Why? You have to do this? Why? Why, why, why! Part of being the youngest of three boys is, you’re pretty precocious in those situations. Your brothers inevitably bring you up. We would take things apart – usually without being very good at putting them back together.

Did you have formal education in horology?
My rebellious spirit fuelled my academic and intellectual pursuits when I went to university, where I initially studied cultural studies through the lens of psychology. I became immensely interested in how different cultures have measured time throughout history, in what the nature of time is and how time is experienced culturally, historically, neurologically. I became obsessed with time theory.

How did you turn this obsession into a career?
My first jobs were working in watch and clock museums back in around 1995, 1996 – the New England Science Center [now called EcoTarium], the Willard House & Clock Museum – then I took over as Head Curator at the National Watch and Clock Museum. Watches and clocks weren’t very cool at that point, and the older generation were so happy to have this young guy they could just feed information to. I spent time working behind the bench – not to become a watchmaker, but just to understand the process – and I became super-sensitive to restoration, because one of my mentors, Robert Cheney, one of the world’s foremost experts on mechanical clocks, taught me all about it: what’s right, what’s wrong, how to identify, how not to identify..

How did you first encounter Audemars Piguet?
My paths first crossed with Audemars Piguet’s in 2000. I was Head of Watches at Christies in New York; François-Henry [Bennahmias] was CEO of Audemars Piguet North America. We were both an awful lot younger. We teamed up for Audemars Piguet’s Time To Give Celebrity Watch Auction For Charity, held at Christie’s Auction House in New York City, with Billy Crystal, Muhammad Ali and Arnold Schwarzenegger. It was an important moment for everyone – meeting Muhammad Ali possibly being one of the most important moments ever. That event was when I realised that this is a very different company: the energy, the spirit of that company was unlike anything I’d experienced, and it resonated. We remained in touch, and I began collecting their watches.

What is it about Audemars Piguet’s history that resonates?
This isn’t a story that begins with the Royal Oak in 1972 – it had been happening for decades prior. The Royal Oak is part of a continuum – it didn’t happen in isolation or a vacuum – Genta had designed many watches for AP before it and he was certainly cognisant of the design history of the company when he went into that. That history and that background is what gave the Royal Oak the context to arrive when it did. Every single creation was unique before 1951. You won’t find two  Audemars Piguet watches from before then that are identical – you might find two that are similar, but reference numbers and model numbers don’t come with our company until that year, and we were a tiny manufacturer. The evolution of the pocket watch and the wristwatch is when things get incredibly creative in AP because that’s when they realise they have a new canvas, a new platform, new shapes to work with. You can only show complex polishings if you have geometrical form, and that remains what the brand still does: decorations, polishings, finishings. 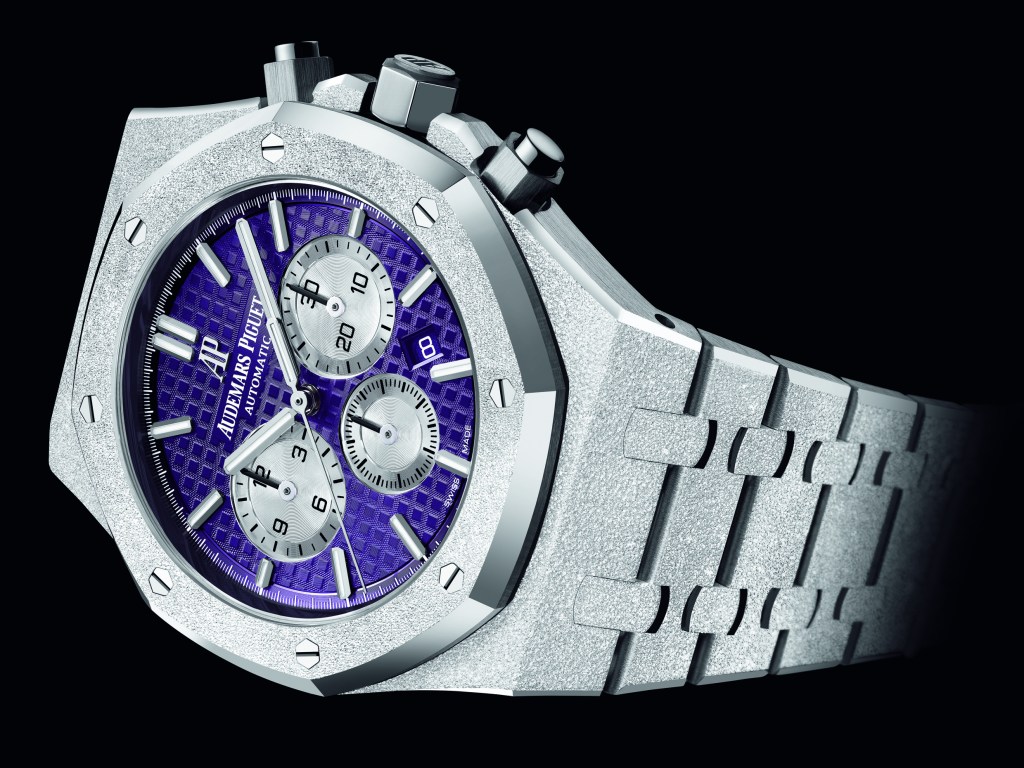 What, for you, are the other major milestones in the brand’s history?
Reference 5516 – the world’s first perpetual calendar wristwatch with leap year indicator – is one. Our friends at Patek had introduced the Perpetual in 1941 but without a leap year. It was a small watch – they evolved it over time – but the 1955 Perpetual Calendar is a landmark in the history of watchmaking. Only us and Patek, before the 80s, made perpetual wristwatches in a series. Another, I’d say, is the 2002 30th Royal Oak Anniversary concept: that introduced 21st Century horology; it was looking to the future without hesitation, through the lens of haute horology. It also showcased a balance between hand-finishing and techniques with advanced systems.

Are horological tastes and preferences ubiquitous?
No. Different countries have different aesthetics. When you see who historic watches are sold to it makes sense: one sold in 1936 in Italy, you feel it, you see it; a watch sold in New York in Paris in 1924 will have unapologetic art deco aesthetics with strong geometric lines. Cultural history is inextricably connected to our history. We’ve been embracing culture since the 1889 Paris exhibition.

How does the new Code 11.59 range nudge Audemars Piguet’s history forward?
The Code 11.59 is on the pulse, on the edge, of the moment. It adopts codes not just from the design history of Audemars Piguet, but also those of today, and even looking outside of watchmaking. The double curved, domed, glare-proof sapphire crystal really improves clarity, legibility. The sculpture of the lugs, too, calls to mind modern architecture. Our watches need to showcase the human touch – the work of the finishers, the polishers, all that incredible decoration. The insertion of that octagonal middle case means the polishers and decorators have a canvas with which to express themselves and our tradition. Today we only have ten people in the entire company who hand-finish Code 11.59, and all of them are the very best experts we have. 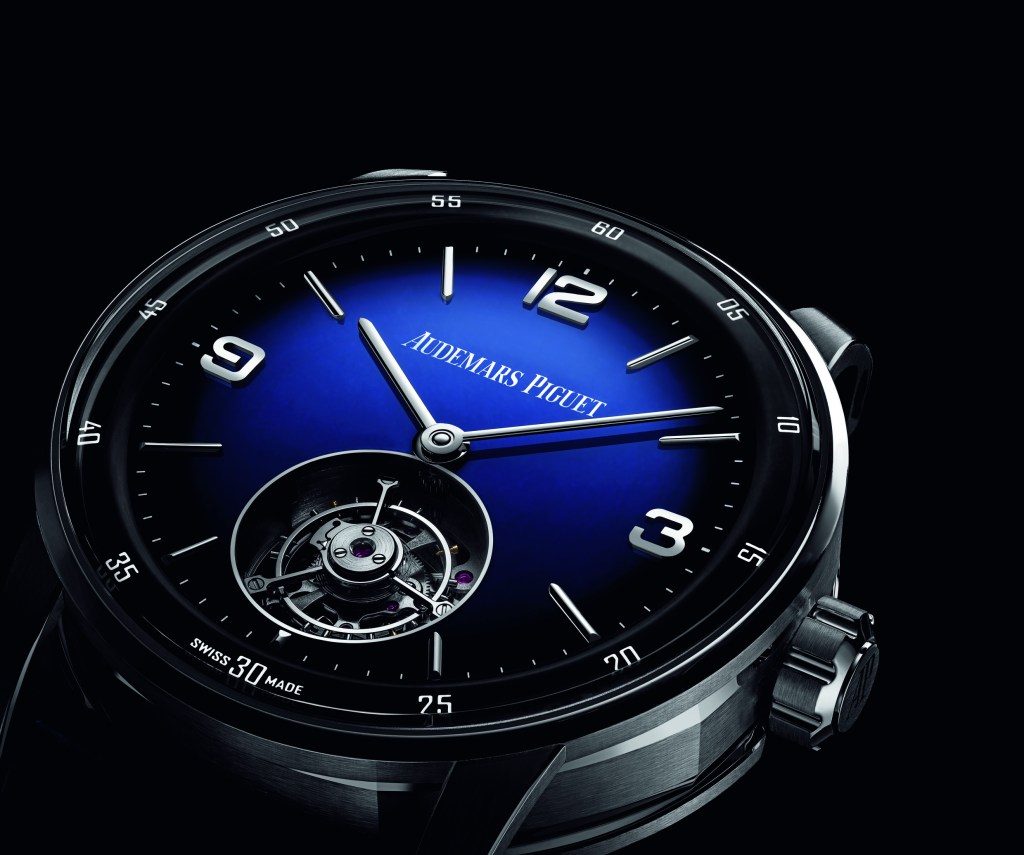 What does the word luxury mean to you?
Luxury is a word I never use any more. It’s increasingly hard to know what people mean by it. Price points? Branding? It’s hard to even pin down what the difference is in the case of a publicly traded entity compared to a family-run business. It means very different things. So for me, time itself is luxury. The time we give the finishers and the engineers and the craftsman to put in to their creativity; luxury is about the humanity that goes into the watch you’re wearing.

Is the young, modern watch aficionado a different beast to his or her predecessors?
Gen-Z is the first generation to grow up entirely in the era of obsolescence – that’s their reality. Everything is upgradable, replaceable, temporary – so their love of mechanical watches comes from the fact that they stand in defiance to that trend. They’re all about permanence in an era dominated by obsolescence. Looking at a 22-year-old wearing an Audemars Piguet watch, what’s incredible is that in 50 years’ time it’s going to be on the wrist of his or her kid. And it’s still going to resonate, and represent this moment right here and now just like the 1972 Royal Oak does. That’s exciting.

So you feel that mechanical watches hold an appeal for techie types?
Yes – these are objects were advanced technologies themselves before the advent of Quartz and cesium atomic clocks. They were the apex of science and technology in the late 19th Century: surveying, navigation, any scientific analysis required accurate time measurement. The whole history of science and technology is anchored to time measurement. The Hadron Collider in Cern only functions because it’s anchored to the atomic clock.

How does Audemars Piguet go about selecting commercial partners?
We like to explore outside of watchmaking as well as inside of it – cultural connection, cultural engagement. That’s why we do Art Basel. It’s why we sponsor the Montreux Jazz Festival. It’s why we engage athletes and chefs. Many of the people we pick to have relationships with aren’t that high-profile: it’s not about getting news articles – it’s about giving our clients, both potential and existing, the opportunity to engage in these dialogues in a non-transactional format and think more about form and function and design and aesthetics and time itself in different cultural contexts. You need that humanity – not just behind the work bench but in front of the client too.

How important is it for brands to educate watch lovers?
We feel a weight on our shoulders: an imperative to show respect to the artisans and craftspeople and engineers and technicians. Because people don’t talk about this enough in this business – there’s too much talk about product and not enough about process. That’s the emotional connection. When clients visit us at Vallée de Joux, see the museum, the workshop, that’s when the emotional connection happens. That’s why we’re expanding the museum, and doing the Audemars Piguet Hôtel des Horlogers on the slopes of the Vallée de Joux. We want to do everything we can to bring people into that environment.