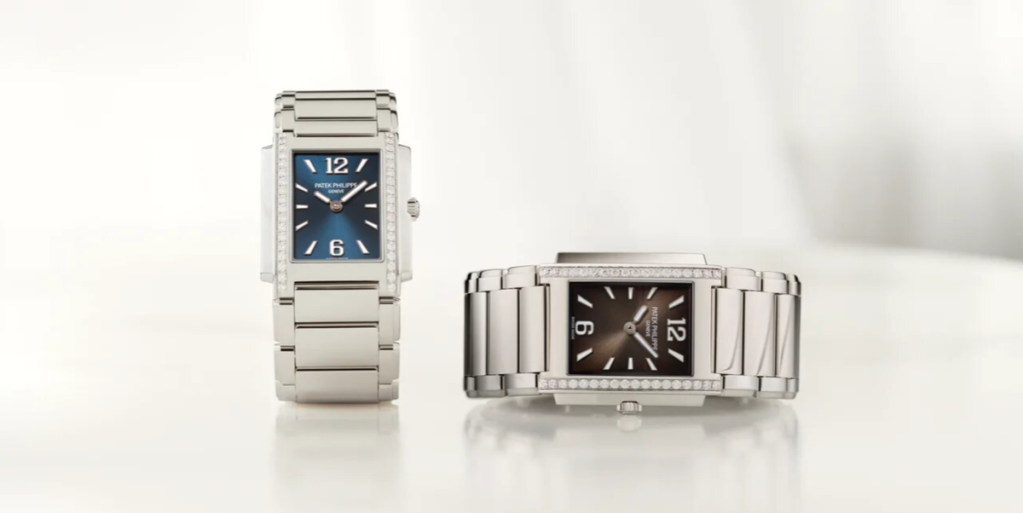 When Patek Philippe debuted its Twenty~4 collection of ladies’ timepieces in 1999, the brand was targeting women with enough spending power to pay over £4,500 for a quartz watch in steel strewn with diamonds.

The gambit worked brilliantly. The original Twenty~4, a manchette, or cuff-style, timepiece was a huge hit. It went on to spawn numerous iterations—in yellow, rose and white gold; with brown and blue dials; on satin straps; and bedecked in diamonds—that, collectively, helped elevate the model to bestseller status. 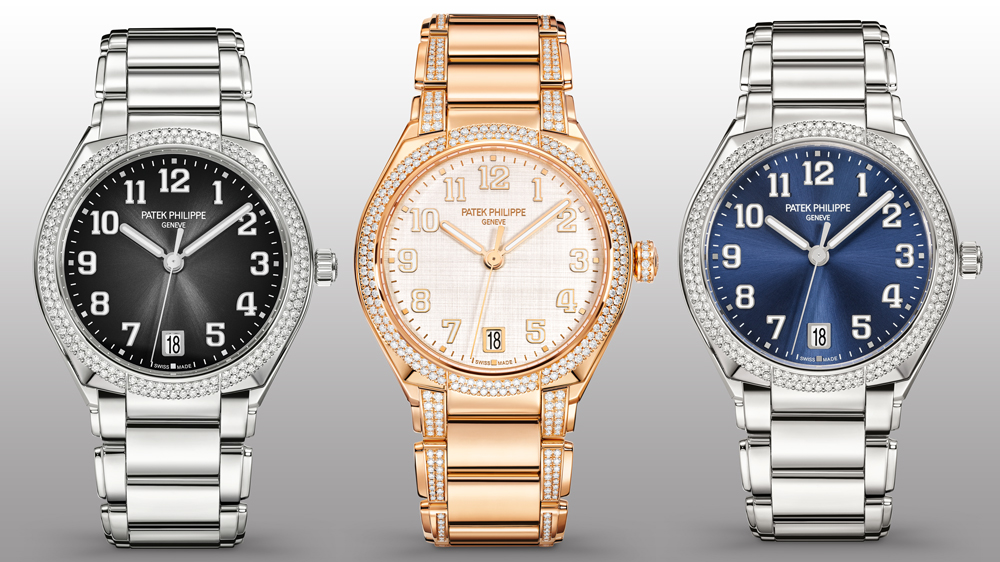 Patek Philippe debuted the Twenty~4 Automatic, a round and mechanical version in steel or 18-karat rose gold, with a big debut bash in Milan in 2018, but just two years later, the Geneva watchmaker is back with two new interpretations that revisit the original manchette version. Both are equipped with quartz movements (caliber E15, to be exact), encased in steel and—you guessed it—strewn with diamonds.

Unlike the Roman numerals and diamond markers of the original, however, the 2020 versions feature white-gold applied Arabic numerals at the 12 and 6 o’clock positions as well as applied trapeze-shaped hour markers. The biggest update is evident on the faces of each watch: One model features a blue sunburst (ref. 4910/1200A-001) while the other has a gray sunburst that gradually fades to black (ref. 4910/1200A-010).

In keeping with Patek Philippe’s long commitment to advertising, the brand has designed a digital communication campaign to promote the new Twenty~4 based on a theme of daily rituals in which the watch is positioned as an integral companion. Implicit in the messaging, which is centered on the slogan “Begin your own tradition,” is the notion that the watch will remain a treasured keepsake, and will be passed down for generations.