By Victoria Gomelsky on November 2, 2020 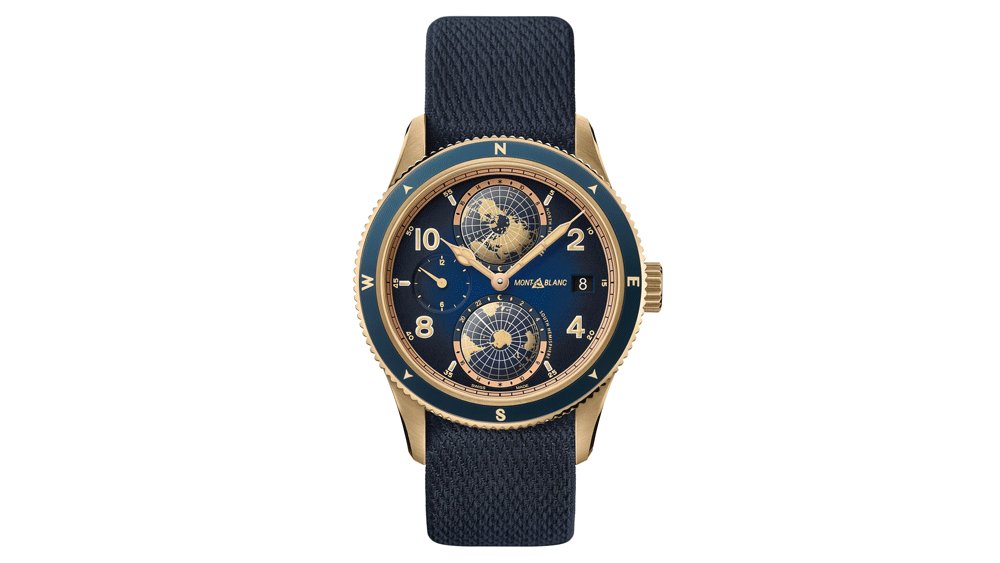 Watchmaking history is filled with the exploits of famous mountaineers, from Sir Edmund Hillary, for whom Rolex famously named its 1953 Explorer, to Kenton Cool, a Bremont ambassador.

But the latest mountaineering legend to team with a high-end watchmaker is by far the most impressive. Reinhold Messner is a 76-year-old Italian explorer and author known for having one of the most lucrative climbing careers in history.

In 1978, he and his friend Peter Habeler were the first people to reach the peak of Mt. Everest without the benefit of supplementary oxygen. Two years later, Messner was the first person to solo the Himalayan mountain — without supplementary oxygen, to boot. His take on the “Seven Summits” — the highest peaks on each of the seven continents — is dubbed “Messner’s List” and is known to be the most difficult of four versions. In short, he’s a hero to the best mountain climbers in the world.

And now, Montblanc has snagged him.

Last week, the brand unveiled the 1858 Geosphere Limited Edition dedicated to Messner. A unique world time model, the 42 mm timepiece is encased in a special bronze alloy. It has all the quintessential tool watch features — including a fluted bi-directional bronze bezel with blue ceramic and four engraved cardinal direction points coated with Super-LumiNova — but what really makes the watch stand out, besides its in-house automatic movement, are the luminescent northern and southern hemisphere globes on its dial, which make a full rotation every 24 hours. Bearing red dots marking the world’s Seven Summits and Mont Blanc itself, the globes flank a historical Montblanc logo at 3 o’clock.

In addition to displaying the 24 time zones, as well as a day/night indicator, the model has a second time zone located at 9 o’clock and a date window (linked to the local time) at 3 o’clock. The titanium caseback features images of Mont Blanc, a compass, two crossed ice pick-axes, an engraving of Messner’s signature and the complete Messner list.

Available on a luxury blue Nato strap in a limited edition of 262 pieces — a reference to all the peaks over 26,200 feet that Messner has climbed — the watch retails for around £5,000, but to snag one you will need to find the remaining few at a Montblanc boutique or an authorised retailer.