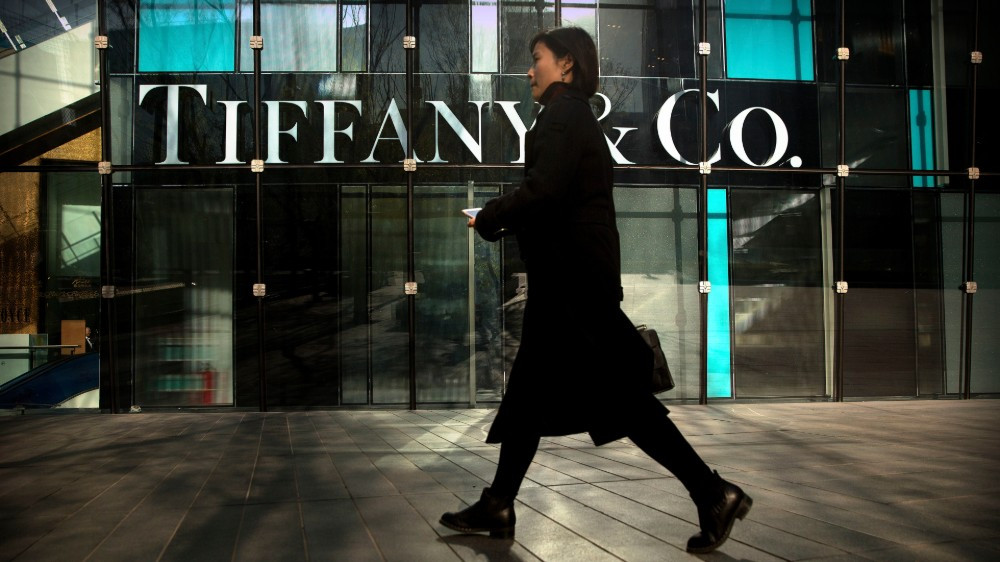 French luxury behemoth LVMH wants to add some glitz to all its glamour. The conglomerate is looking to add one more brand to its ever-increasing list of holdings, and it happens to be America’s most iconic jeweller, Tiffany & Co.

LVMH, which owns Louis Vuitton and Givenchy, approached the luxury jeweller earlier this month with an offer to buy it for $14.5 billion (around £11.25 billion), reports Bloomberg News. Tiffany, best known for its diamond engagement rings and robin’s-egg blue packaging, has hired lawyers to review the bid but has yet to officially respond.

The financial news agency reports that the all-cash bid values Tiffany at $120 per share, or around £90, about 22 percent more than its stock price ($98.55) at the end of trading on Friday. News of the bid appears to have pushed that price higher, though. According to the Financial Times, Tiffany shares had jumped by nearly 30 percent, to $127.99, or around £90, in early trading on Monday, the highest valuation in more than a year.

Despite this, the Financial Times is reporting that the jeweller is likely to reject the unsolicited bid, which actually values the company at $14.9 billion (around £11.6 billion) including net debt. The reason, according to FT sources: Tiffany believes the bid undervalues the brand. An analyst told the paper that a fairer evaluation would be closer to $160 (around £124) per share or even higher.

If the bid is successful—now or in the future—it would be the largest-ever deal by LVMH chairman and chief executive Bernard Arnault. Under the stewardship of Europe’s richest man, the conglomerate has grown into a global luxury powerhouse over the past 30 years, and counts venerable brands such as Christian Dior, Hublot and Dom Perignon Champagne among its holdings.

The deal would increase LVMH’s presence in the US, its second-biggest market internationally after Asia. (Earlier this month, Louis Vuitton opened a factory in Texas with a ceremony attended by President Trump and his daughter Ivanka.) The acquisition would also give the luxury conglomerate a stronger foothold in the jewelry market, as Tiffany represents a relatively less expensive option for consumers than the ultra high-end jewelry from Bulgari, which LVMH purchased for 5.2 billion (around £4 billion) in 2011.