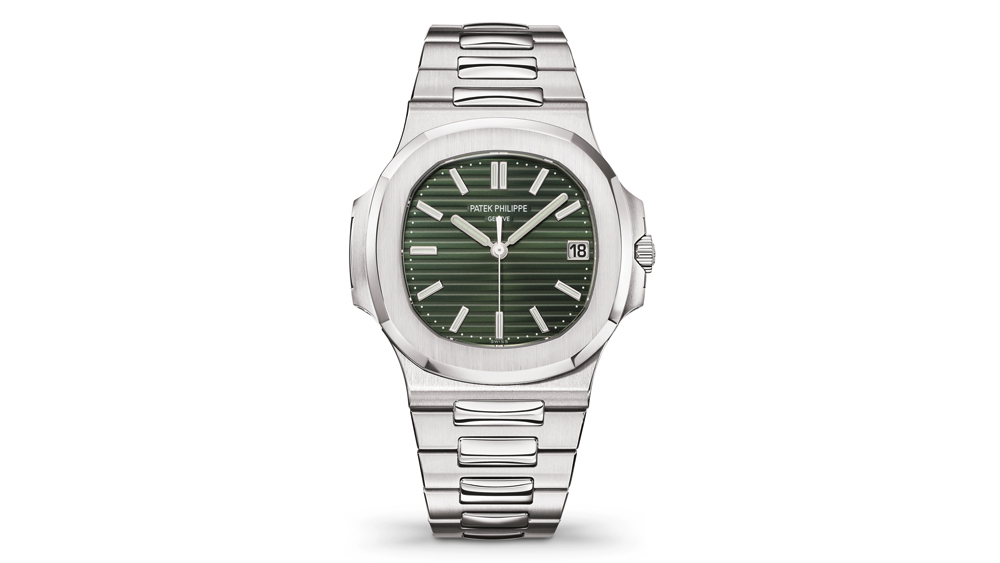 More than a year after it was first released, the frenzy surrounding the olive-green dial Patek Phillipe Nautilus isn’t showing any signs of dying down.

The timepiece, which would turn out to be the penultimate Ref. 5711 Nautilus, is currently selling for 1,300 percent more than its retail price on the secondary market, as reported by Hypebeast. That’s somehow an increase from last summer, when examples of the sophisticated sports watch were selling for just 1,000 percent more than retail.

Ref. 5711/1A-014, as it’s better known to aficionados, was released last April, shortly after Patek Philippe announced plans to discontinue the beloved Ref. 5711. The timepiece has a stainless-steel case and an olive-green sunburst dial, making it the first example of the model to use the colour. For most of the year, there was a sense that it could be the final Ref. 5711, something which turned out not to be true (that distinction instead belongs to the Tiffany Blue Nautilus). But even if that belief was wrong, it helped created an outrageous demand for the timepiece. The watchmaker’s president, Thierry Stern, went as far as to say he couldn’t even spare one for his son. That’s why few were surprised to see an unworn example in its original factory plastic sell for around £310,000 last July.

That jaw-dropping sale was just a preview of what was to come, though. The olive-green Nautilus is now selling for an average of about £410,000, according to information published by the market monitor Watch Charts. That’s a huge premium over its original price tag of roughly £30,000. Watch Charts, which tracks the secondary market prices of premium timepieces, considers about £365,000 to be a good price for the watch, while £455,000 or so is on the high end.

As shocking as this may all be, it’s hard not to wonder what this means for the actual final Ref. 5711. Only 170 souls were lucky to snag one of those bright-blue watches, including Jay-Z. We’re loath to estimate how much they’ll go for when one of their select few owners decides to part ways with the reference.