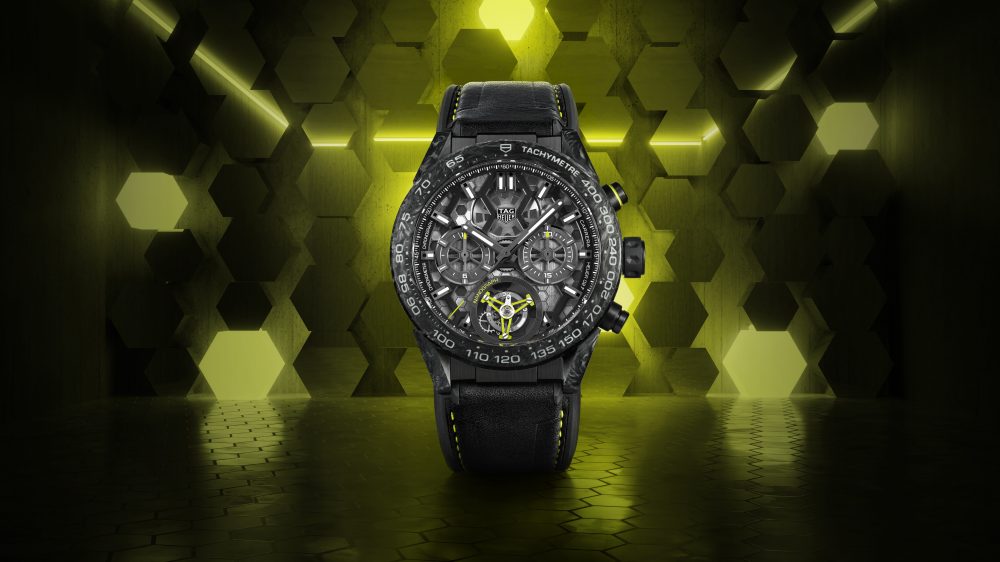 By now, you know that carbon makes a watch look pretty cool. But the modern material is more than a sleek show-off for your wrist—it can build a better timepiece that’s both tough as nails and light as a feather.

It was only a matter of time before carbon made its way into the world of watches. Used in everything from Formula 1 cars to Tour de France bikes—anything that could benefit from incredible lightness and strength—the material made its first appearance in timepieces in the late ’90s, when brands like Audemars Piguet began using it as an alternative to steel, gold and platinum. In 2013, Richard Mille developed Graph TPT, a carbon-based material that’s six times lighter and 200 times stronger than steel, kicking off a race in material innovation among the industry’s heaviest hitters. And this year, carbon is officially everywhere, from Roger Dubuis’s million-dollar Excalibur One-Off, which took inspiration from the body of a Lamborghini SC18 Alston hypercar, to Panerai’s Luna Rossa Challenger Submersible made with Carbotech, a composite that mimics the material used in racing yacht hulls.

More brands are now following Mille’s example and playing inventor. In January, Ulysse Nardin introduced Carbonium, a lightweight and eco-friendly material made of the aeronautical-grade carbon fibres found in airplane wings and fuselages that it now offers for its Freak X and Skeleton X watches. Girard-Perregaux has also recently launched a prototype for its Laureato Absolute Carbon Glass, which integrates coloured glass fibres into carbon to create a marbled material that the brand claims is 100 times stronger than steel and completely airtight.

But the biggest development comes via TAG Heuer’s new Carrera Calibre Heuer 02T Tourbillon Nanograph (below). Rendered in a blackout titanium case, the watch features a patented carbon-composite hairspring designed by Guy Sémon, CEO of LVMH’s Science Institute and a virtual Nikola Tesla of modern watchmaking. The hairspring is a technological game-changer, nearly impervious to gravity and shock, making it more durable—and potentially more precise at telling the time. Though the invention is exclusive to TAG Heuer, its innovative application is no doubt a glimpse of what the future of carbon watchmaking will look like.