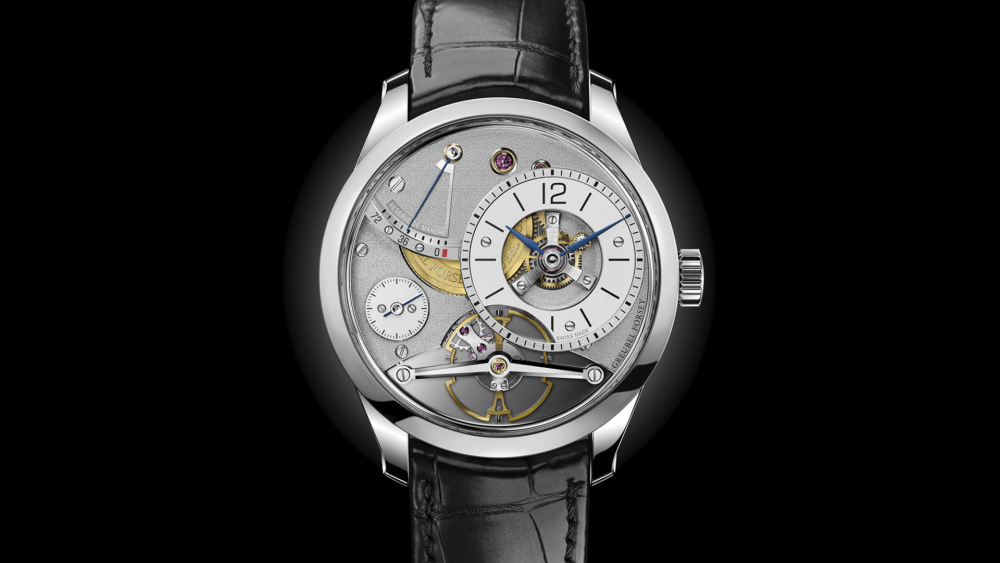 You may have noticed that watches are shrinking. Makers have been toning down the diameter and thickness of their timepieces in recent years—it’s as much a reaction to the changing face of their clientele as it is a shift in taste toward vintage models (which by today’s standards are relatively petite). But it still came as a surprise in January when Greubel Forsey, a longtime maker of heavy wrist artillery, introduced its 39.6 mm by 12.21 mm Balancier Contemporain (around £161,250)—its smallest timepiece to date.

Partners Robert Greubel and Stephen Forsey have long been known among collectors for their skilled design and technical expertise. It takes a lot of watch to house the kind of complications they champion, and the result has often been extra-large cases that look fit for Goliath. By contrast, the Balancier Contemporain, which is limited to just 33 pieces, is scaled quite nicely for mere mortals. Still, it’s a hefty investment for a time-only watch. (Beyond indicators for hours, minutes, and a small sub-dial for seconds, it has a 72-hour power reserve indicator.) But the Balancier Contemporain does size up to be a much more approachable option for collectors looking to get their hands on one of Greubel Forsey’s standout timepieces without dropping seven figures—or weighing down their wrists.