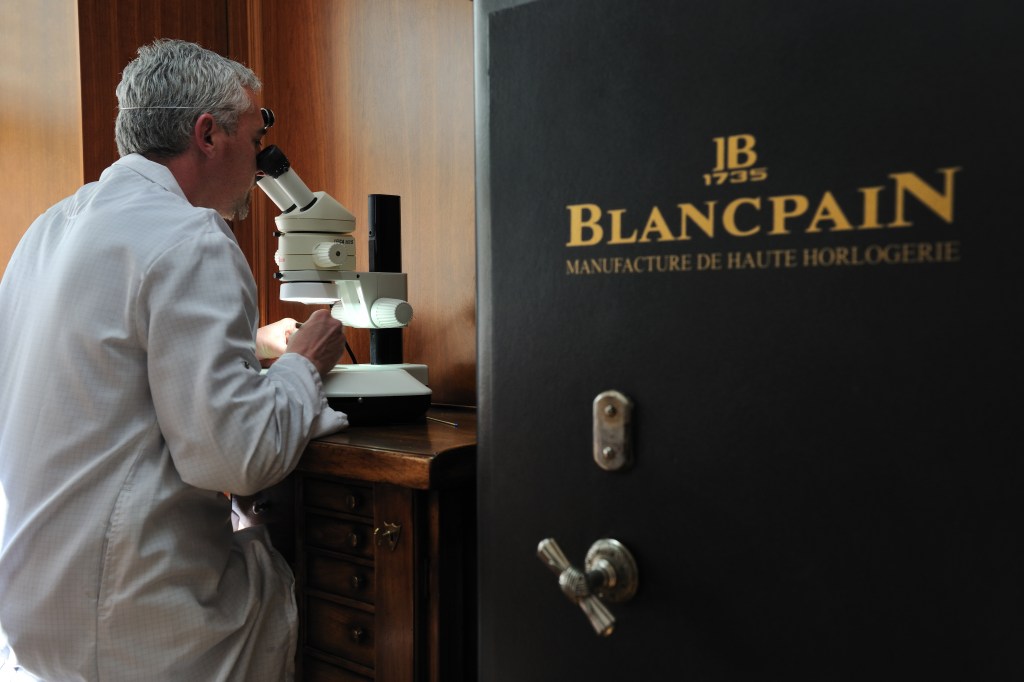 Not many of us get to change straight from a wetsuit into a tux too often – but a one-brand-stop horological solution awaits the man who would like to at least dream of doing so on a regular basis.

First up, a fabulous new addition to the brand’s range of diver’s watches. Just as the best bomber jackets money can buy are those you’d consider wearing to take to the skies in an open-cockpit war machine, the only diver’s watches worth having are those that could – even if only potentially – do what they say on the tin, so to speak.

When first launched in 1953, the Blancpain Fifty Fathoms was one of the few diver’s watches that actually fitted the requirements of combat “frogmen”, as they were then quaintly called and, as such, became standard-issue military equipment for marine corps around the world. A few years later, Blancpain teamed up with technical diving gear company Barakuda to provide Fifty Fathoms models to Germany’s Bundesmarine.

Now, Blancpain has come up with an all-new iteration of the model that pays a nod to this illustrious military history, the Blancpain Fifty Fathoms Barakuda (£10,830). This 500-piece limited edition version borrows many aesthetic touches from the original 1960s Fifty Fathoms – check out the two-tone rectangular hour-markers, the fluorescent hands and elegantly conspicuous 3 o’clock date display.

Naturally, though, the new model takes its technological smarts from Blancpain’s contemporary modus operandi. Expect the automatic caliber 1151 movement within to offer a 100-hour power reserve, largely thanks to its a twin-barrel architecture, and your bezel here will have a domed insert made of scratch-resistant sapphire.

Meanwhile on the dress watch front, a revisit to the Villeret models, which Blancpain has made since the early 1980s, has bolstered the brand’s already impressive ultra-slim credentials. The omission of even a seconds hand and date display; the rounded double-stepped bezel that surrounds its dial; the stylish hands inspired by the shape of sage leaves; the applied Roman numeral hour-markers – all of it conspires to offer discreet elegance in spades in the Villeret Extra-Thin (£7,790 in polished stainless steel with silvery-white dial with alligator strap, £9,600 with bracelet; £13,940 in 18k red gold with off-white dial with alligator strap, £29,930 with bracelet).

The beating heart within its 40mm, 7.39mm thick case is a hand-wound calibre 11A4B, whose balance wheel features a silicon hairspring and whose coupled barrels can store 95 hours of power reserve. Movement decorations visible via the caseback include  Geneva stripes, bevelling and perlage. The alligator strap option – brown in the red gold version, black in the steel version – finishes off the understated glam factor in style.