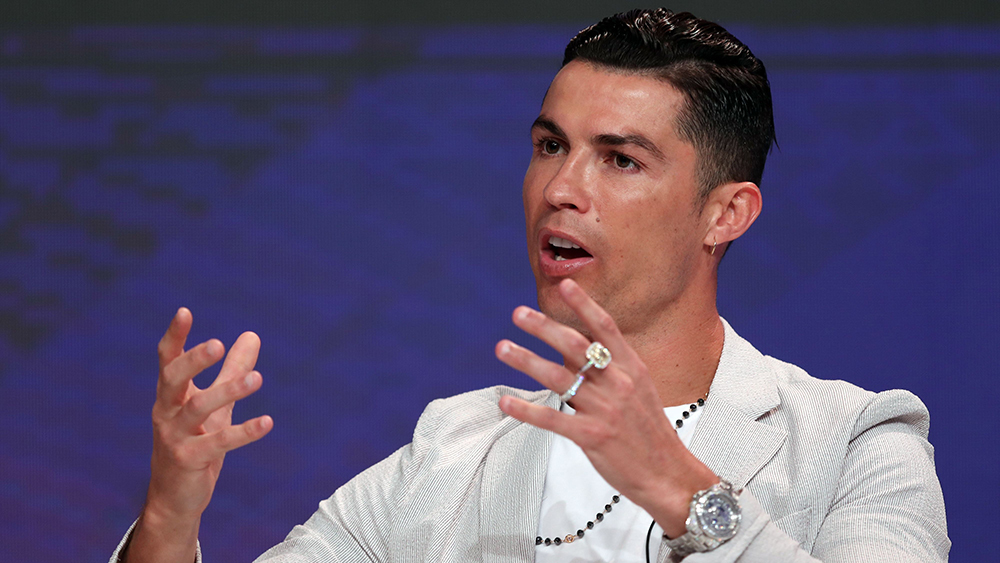 If you’re one of the biggest sports stars on planet earth, it stands to reason that you’ll need some high-wattage timepieces to match. There are many routes to go with this, but watches are usually a safe bet, especially when they’re etched with Rolex. For a recent outing, soccer legend Cristiano Ronaldo stepped out wearing a timepiece from that venerated Swiss watchmaker that just so happens to be the most expensive it’s ever produced.

Making an appearance at the 14th Dubai International Sports Conference, Ronaldo accented his casual suit and t-shirt combo with Rolex’s GMT Master Ice, which had an eye-watering retail price tag of $485,350 when it was first released. The model is set with 30 carats of glistening white diamonds on its dial, bezel and bracelet.

Rolex isn’t one to skimp on the details and, as such, even the interior of this rather flashy style was constructed with the company’s world-renowned precision. The case and bracelet are made from 18K white gold, and the 13mm thick case can is waterproof to 330 feet. Its automatic movement can provide up to 50 hours of power reserve, though we’re not sure if telling the time is a principal motivation for purchasing this style. While most of the surface is covered in brilliant-cut diamonds, the bezel is set with dazzling baguette-cut diamonds to create a subtle geometric contrast.

But the watch wasn’t the only eye-catching piece he was wearing. The 34-year-old also showcased a cushion-cut canary yellow diamond ring estimated to cost more than £198,000 and a wedding band valued at around £49,700. Collectively, he was wearing around £626,700 of fine jewelry on one hand. It’s a grand sum but small potatoes when compared to his around £49.5 million annual salary and £83 million or so net worth.

Ronaldo is a fan of fine watches and also counts a rare Franck Muller model worth over £1.1 million in his collection. All told, it looks like this particular collector is only interested in the best.