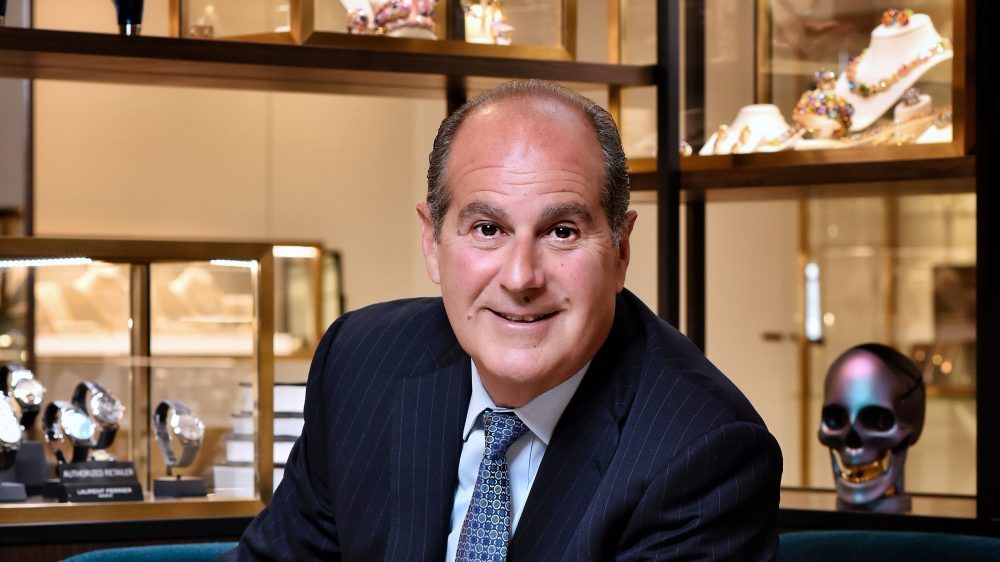 Now that all of the big watch introductions of the year have been unveiled, Leon Adams, owner of Cellini, one of Manhattan’s most important jewellery boutiques for more than four decades, sat down with us to give his report on the timepieces creating the most buzz. Plus, he weighs in on what the watch industry could be doing better and which watchakers are gaining momentum with serious collectors.

What timepieces have been hits with your clients from the last year?
The Bulgari Octo Finissimos has been popular. There’s been a lot of buzz about Zenith and the El Primero—the vintage-looking reintroductions. Kari Voutilainen is on fire, but obviously the problem is getting the merchandise. There has also been new interest in Greubel Forsey, now that they’ve come out with a smaller case size on the Balancier Contemporain. Vacheron Constantin’s blue dials in their Fiftysix case have been popular, as well as A. Lange & Söhne’s Lange 1 “25th Anniversary” watches and their Datograph “Lumen”timepiece. But that’s another one that makes such small quantities we’re not able to fulfill every inquiry.

What has been popular with women?
Women’s watches seem to be a little bit of a problem these days. There wasn’t anything really eventful this year. Nothing struck a chord except for MB&F’s FlyingT. That is an absolutely stunning timepiece. It’s very different.

How would you describe your buying strategy this year?
After 2017, with the glut of merchandise produced by Switzerland, I’m definitely buying more cautiously because I find that if we need something, it’s still available. With smaller brands, where production is limited, I’m going heavy to try to secure those pieces, but with the bigger brands I’m going lighter. With some brands, candidly, we don’t know what to buy because there are so many SKU’s available. If you have 100s of different models in seven different sizes and 13 different dials, we can’t decide what our clients will like. So instead, we just lay back and wait for the customer to tell us what they want and then get it in.

Anything you want to say to the watchmakers?
Have integrity. Some companies say they are going to make only a certain number of pieces, but then they say, “We know we said we’re making 100, but now we’re making another 100 in platinum and then in rose gold and then with a blue dial, green dial.” The client needs to know the truth up front. But there are some companies with immense integrity— Patek Philippe, A. Lange & Söhne, Romain Gauthier and some others—when they say they are only making a certain quantity, that’s all they make.

What do you predict for the year ahead in watchmaking?
I see a very strong push for the independent watchmakers with sales of the likes of Kari Voutilainen, Grönefeld, Romain Gauthier, Urwerk and MB&F getting stronger. I see the mainstream brands doing better because they’ve introduced more affordable watches. They went downscale a little, but I think it was smart—they’re doing their business there.