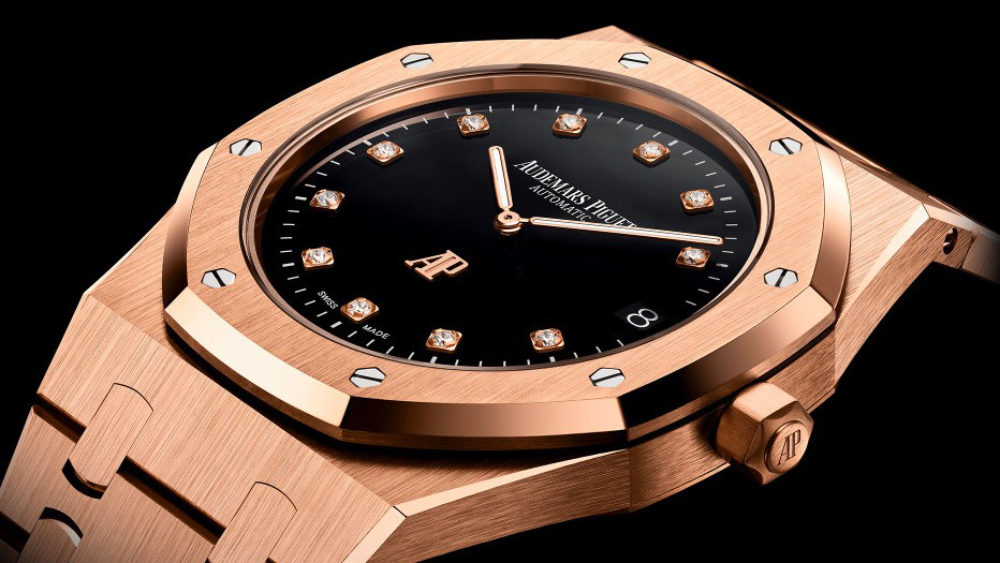 Already one of the Swiss watchmaker’s flagship timepieces, the company is launching two new iterations crafted from precious metals: platinum and rose gold. These “Jumbo” versions of the design are of the extra-thin variety and also limited-editions, with only 70 examples in 950 platinum and 30 in 18K rose gold set to be produced. Adding to the rarity, many of this scant number will be available only at the Tokyo retailer Yoshida.

Sporting a 39mm case that’s 8.1mm thick, Audemars Piguet decided to forgo its normal face instead opting for dials in black onyx set with 11 brilliant-cut white diamonds as the hour markers––something increasingly rare in fine watches. And those intervals are also marked by Royal Oak hands featuring a luminescent coating. Both versions are powered by the proprietary self-winding Calibre 2121 movement with 40 hours of power reserve and water-resistant up to 50 metres.

The watchmaker has recently adopted a strategy that deviates from the tradition of preceding a launch with a formal press announcement. Taking a page out of the streetwear playbook, it opted instead to drop its latest wares directly on its website, which is how these two models were unveiled. For serious collectors (or those looking to join their ranks), it could represent a fresh and decidedly less-formal way to learn about the latest offerings.

Designed by Gerald Genta and released in 1972, the Royal Oak was a last-ditch effort to remain relevant as quartz watches threatened to upend the industry in the early ’70s. Its octagonal silhouette––inspired by deep-sea diving helmets––was a radical departure for the time, and it pushed the boundaries further by being the first stainless steel timepiece marketed as a luxury watch. Though it took a full three years to sell 1,000 of them, interest eventually caught on, and it has become nothing short of a modern classic since.

The rose gold version retails for around £59,600 while the platinum version is £120,100. Head over to the brand’s website to learn more.