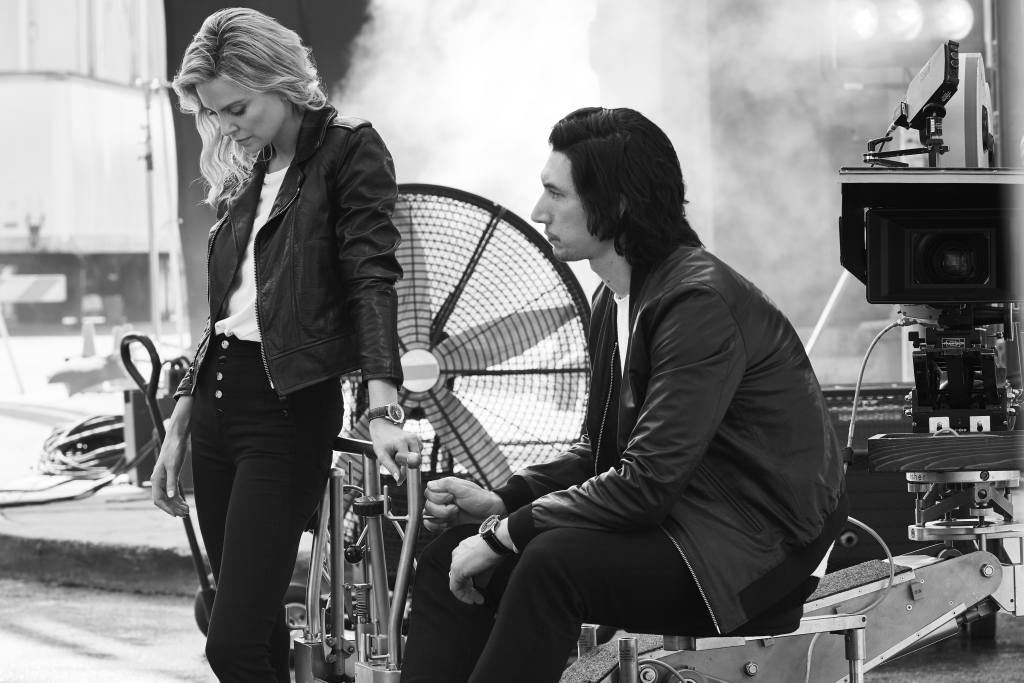 Adam Driver’s career is moving at full-speed. The actor, who rose to fame in HBO’s Girls, has since struck box office gold in Star Wars, earned artistic cred in Spike Lee’s BlackKkKlansman (a role which earned him an Oscar nomination for Best Supporting Actor), and most recently, received his first Tony Award nomination for his turn as Pale in the 2019 revival of Lansford Wilson’s famous play Burn This. He also recently landed a major (and what’s said to be multi-year) ad campaign with Breitling, as part of their “Cinema Squad”, alongside Charlize Theron and Brad Pitt—an experience he describes as, “one of the most Hollywood-feeling things I’ve ever done”.

But Driver, who is over a decade into his career, is still not totally comfortable with all of the perks that have arrived on the heels of his talent. “Bougie  [bourgeois] things drive me crazy still”, Driver told us at a recent Breitling boutique event in Manhattan for the unveiling of the new Breitling Premier Norton Edition watch. “I mean, a lot of things in my life now are…the younger version of me would probably hate myself.” But he does concede that he can get behind a brand like Breitling with its rich history of making products built for durability.

His first timepiece was a Michael Jordan watch, which he still has. “I just found it the other day,” says Driver. “I just got it fixed. There’s a guy where I live in Brooklyn who has a little stand near City Hall and he put a new band on it and got it running again. It cost like £4.”

Now he’s upgraded to an around £6,700 Breitling Premier 42 mm Chronograph. The COSC-certified chronometer comes with a black tachymeter scale on a white inner bezel, Super-LumiNova hour and minutes hands, a chronograph minute counter at 3 o’clock and a small seconds subdial at 9 o’clock. It comes on a vintage-looking raw-leather strap, but it also comes on a steel bracelet and has 70 hours of power reserve.

Driver also upgraded his motorcycle game—the actor got to take home one of the 77 Norton Commando 961 Café Racer MKII Breitling Limited Edition motorcycles, which he plans to keep at his home in upstate New York. His first ride was a Honda CB400, which he got in exchange for chopping wood and repaving a road in the Adirondacks. “I immediately took it and drove it four hours through the rain back to New York City,” says Driver. “I had never even ridden a bike on a highway before.” He got his second bike, a Honda VT750, from a guy in Queens a couple of years ago. His favorite route? “Taking the West Side Highway from Lincoln Center over the 59th Street bridge at 90mph at two o’clock in the morning.”

Not that he’s going to have much time to take his Norton for a spin. Driver just gave his 103rd performance in Burn This. “The play is almost about what you’re not saying. It’s kind of like not being able to articulate grief, because how can you?,” says Driver. “So, instead, our characters are talking about everything else and it relies on the actor and your emotions to drive the play as opposed to the language, even though it’s filled with beautiful language.” The play wraps in New York City on July 14th.

Despite the fact that his hands are nearly tied by a total lack of free time, Driver, a former marine, manages to give back through his charity Arts in the Armed Forces (AITAF). The organisation aims to provide free arts performances to service members, veterans and military support staff. AITAF also presents an annual playwriting award, called the Bridge Award, for $10,000 (around £7,880) to military and veteran writers. Driver says Shairi Engle, a San Diego-based Air Force veteran, has delivered the most memorable play to date—and he would consider producing an ATIAF play in the future.

“This is the one I’m really excited about—even in the shape it is in now, her play is better than most new produced plays,” says Driver. “It’s called Tampons, Dead Dogs and Other Disposable Things. It’s fucking great.”

May the force be with him.