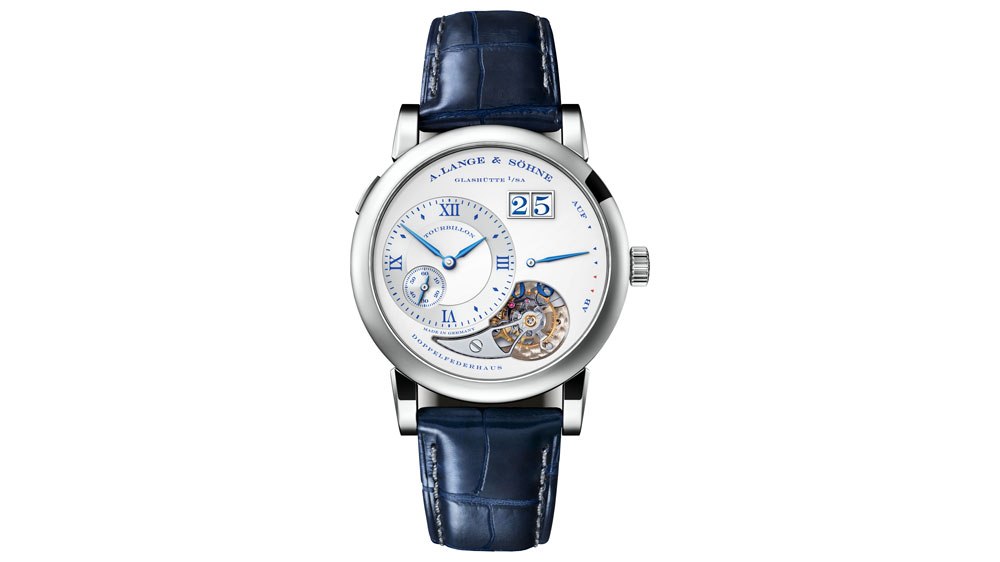 Lange has never been a brand to do anything in halves, so it’s no surprise that the watchmaker’s 25th anniversary celebration has included an array of collectible timepieces. Starting at the SIHH fair in January, Lange has been releasing special editions of the house’s key design, the Lange One. Each of these have had a common ‘livery’ as well as a twist or two on the original design, though some of these are subtle to the point of invisibility, which is a nice reflection of the balance of radical substance and conservative exterior that defines Lange’s house style. And even with a total production run of 450 pieces (plus the tenth edition in November) you can be sure these are going to be in serious demand from Lange collectors.

The ninth edition in the anniversary series is the Little Lange One Moonphase (it’ll set you back around £35,000, and is limited to 25 pieces), one of the more recent models to be given the treatment. First seen in 2009, the Little Lange One Moonphase had an update in 2017 with a new generation movement that was designed around the Lange One layout (the original movement was conceived for a more conventional dial arrangement) and had a new larger, free-sprung balance at its heart and a clutch of typical Lange refinements including a system that stops the second hand exactly at 12 when the power-reserve is exhausted.

The original Little Lange One Moonphase was conceived as a ladies’ watch, but the new anniversary edition has a much more neutral aesthetic: the combination of 38.5mm white gold case, blue-printed argenté dial and blued hands is incredibly satisfying, while the detail of the Moonphase dial adds the most discreet of sparkles. The anniversary is marked on the balance-cock, as are the other editions, with an engraved and lacquered “25.”