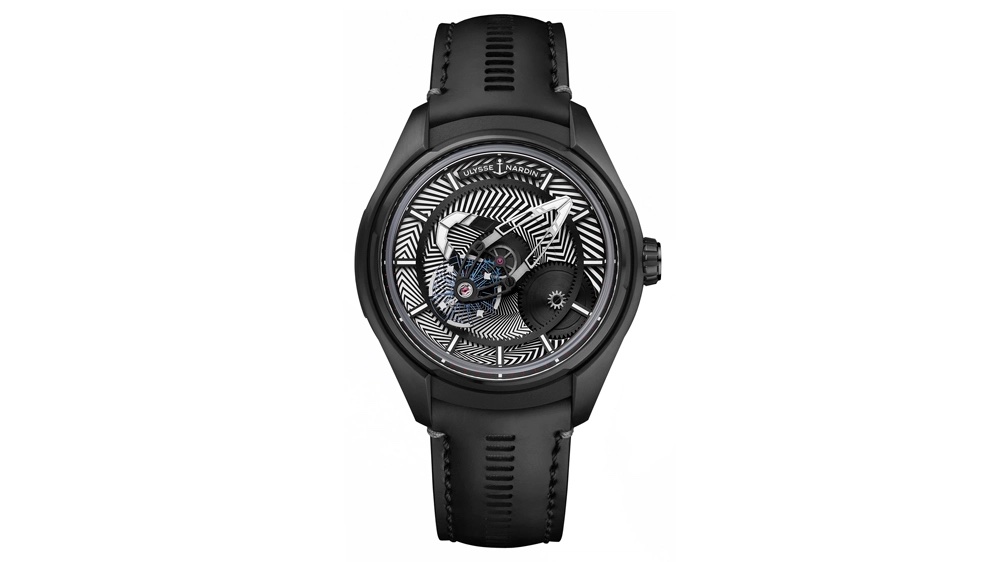 “The whole secret lies in confusing the enemy, so that he cannot fathom our real intent,” wrote military strategist Sun Tzu in his influential military tome The Art of War in 5th century BC. Taking a page from his playbook during WWI, the British and U.S. Navy painted battleships in jagged patterns of alternating black and white lines in order to disorient the enemy. The goal was not to disguise the ship but to cause the enemy to miss his shot; they nicknamed the pattern “Razzle Dazzle.” The geometric pattern made it difficult to estimate the exact direction, range and speed of the ship, resulting in the enemy taking up poor target firing positions. The pattern was later adopted by cubist artists, including Picasso, and it became a signature inspiration of contemporary art. Ulysse Nardin, which has long associated itself with all things marine, is now using it to decorate the dial of the Freak X Razzle Dazzle.

The chevron-like pattern on the dial was created using three different dial-making techniques: lacquer, laser and an electroplating/galvanic treatment. The contemporary design and engineering of the movement come alive when positioned in high relief against the Razzle Dazzle pattern, breaking up the monochrome look of previous Freak X models. The escapement is a flying carousel, a type of tourbillon that rotates once every 60 minutes around the dial, with the balance wheel in full view. It uses the central bridge as a minute hand, hugging the periphery as it rotates along with the carousel. The hour hand is anchored to a wheel in the centre of the dial. 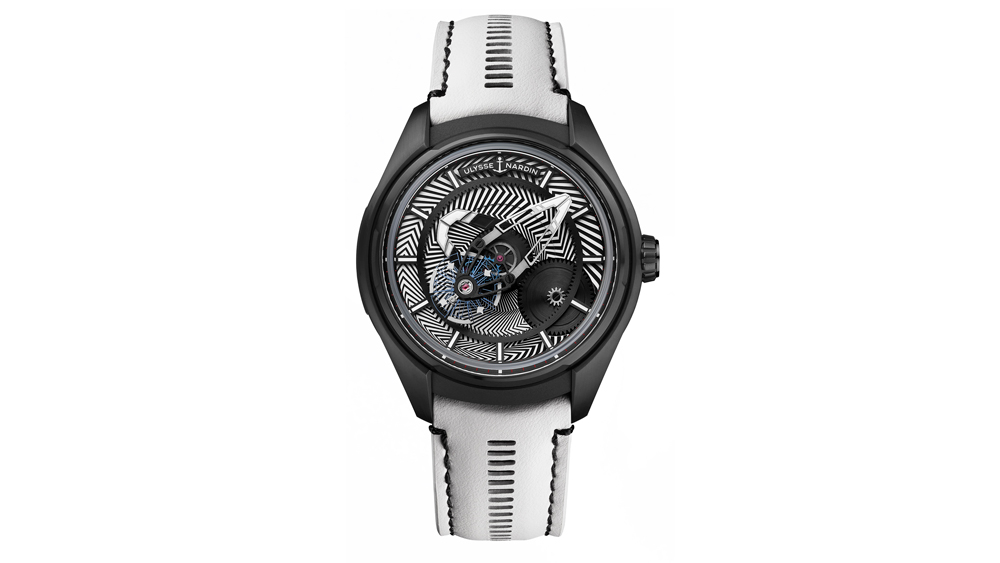 The movement, the UN-230, a fusion of the manufacture calibers UN-118 and Freak Vision UN-250 equipped with 72 hours of power reserve, was first introduced in 2018. The large balance wheel is made from silicium, a technology that Ulysse Nardin pioneered. It needs no lubrication, with self-regulating micro-blades that use air resistance to stabilise amplitude and consequently increase accuracy.

The 43 mm case comes in titanium with black DLC coating, and can be fixed to a rubber strap or a white openwork calfskin strap with “point de bride” stitching (a bar tack stitch that looks like a buttonhole). The Freak design, introduced in 2001, was instrumental in the trend toward contemporary design in watchmaking, including the concept of positioning of the movement or components of the movement on the dial side. The Freak X Razzle Dazzle ($27,300, limited to 30) puts a funky new spin on a watch already known for its wild design.