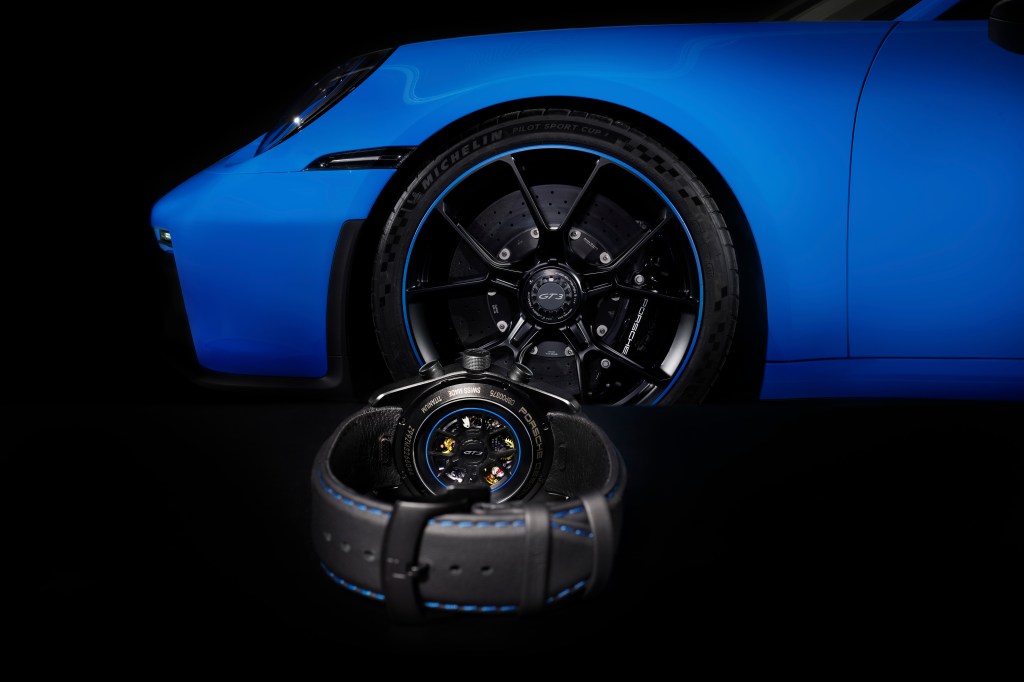 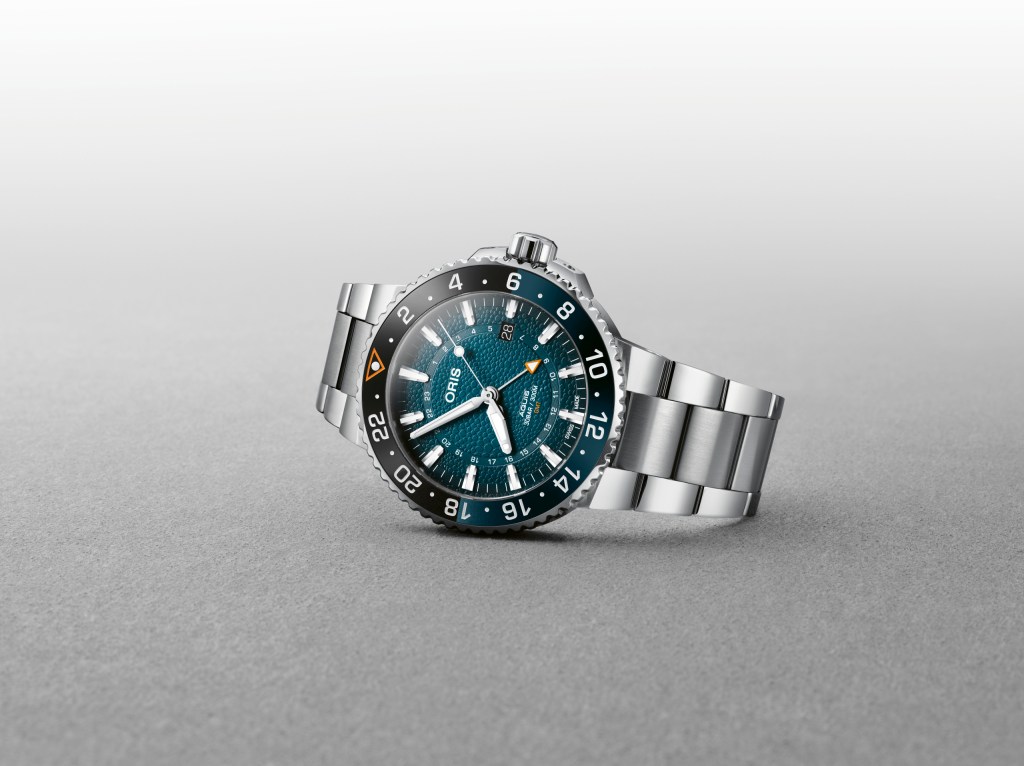 Let’s be brutally candid: the number of pilot’s watches made today that find their way from the production line to an actual aircraft cockpit is roughly the same as it is for sheepskin flying jackets and aviators. It’s all about the aesthetic and the romance.

Not so much so for diver’s watches, which ought – if they’re worth the salt that should be finding its way into their bracelet links – to have been designed in partnership with marine experts, so that they work in real underwater situations. Such is the case with diver’s watches by Oris, a Hölstein-based manufacture which has worked with the likes of Swiss commercial diver Roman Frischknecht to create timepieces which pack the requisite traits – water resistance obviously, along with legibility, durable straps, helium escape valves and their own patented Rotation Safety System which locks the bezel in place during a dive – for underwater exploration.

It’s natural, then, that the brand feels an affinity with the Earth’s delicate ecosystem: hence this, their latest offering, setting its sights on the threat to the whale shark, the largest fish species known to exist and a creature whose number has halved globally over the previous 75 years, according to a 2016 announcement by the International Union for Conservation of Nature (IUCN).

Made in support of the work of Oris ambassador Gerardo del Villar, an experienced explorer who began photographing whale sharks more than 15 years ago, the timepiece – which is based on Oris’s Aquis GMT diver’s watch and is limited to 2,016 pieces as a nod to the year of the aforementioned IUCN announcement – has a 43.5mm dial and comes in stainless steel. It features a bi-directional rotating blue and black (day/ night) ceramic bezel and has a blue dial whose  engraved pattern is inspired by whale shark’s skin.

“We’re not going to stop drawing attention to the issues facing the world’s water,” says Rolf Studer, Oris’s co-CEO. “We’re proud to work with Gerardo and support his work, but this is a drop in the ocean. To bring Change for the Better, everyone needs to play their part.”
BUY NOW, £2,250 If sports cars are all about lap-time-shaving, weight-shedding and adrenalin-pumping speed, the Porsche 911 GT3 has it all. Which is why Porsche Design has attempted to channel that car’s thrilling vibe into a distinctive chronograph (see also main pic), exclusively available to those who purchase the new 911 GT3.

How does one reincarnate a car as a watch? The creative zeal shown by the German marque’s Ludwigsburg-based design subsidiary is impressive here. The high- tech titanium used for the case is derived from the lightweight principle in Porsche engine design; the colour and material choices were inspired by the 911 GT3’s equipment options; and dial legibility matches that of the car’s cockpit (think hands and numbers in white and yellow on a black background).

There’s what Porsche Design are calling “a purist version” with a colour ring in black, and a sportier version with an applied dial colour ring in eye-catching “Shark Blue”. The strap is made from the same leather Porsche sources for its interiors, naturally, and is souped up with “GT3” debossing and contrast stitching (Shark Blue or GT Silver, depending which version you opt for).

Its beating heart – an in-house caliber – is racetrack-friendly thanks to start, stop and reset being possible in a single operation, and is powered by a custom winding rotor, based on the Porsche 911 GT3’s wheels. It’s available in the same six colours as those with buyers’ vehicle choices. The case (natural versus black-coated titanium), the bezel (sporty tachometer versus classic minute scale) and the dial ring (you can choose from the whole GT3 colour spectrum) also contribute to making the piece truly yours, truly you.
BUY NOW*, £8,040 Many, many readers will recognise that distinctive purple hue – and I’m not referring to the signs at Heathrow or UKIP’s budget-supermarket branding: it’s the iconic colour of the Premier League, a behemoth of a sporting competition now beamed into more than a billion homes in 188 countries.

Now, Hublot – the league’s Official Timekeeper for around a year and a half – is launching a new iteration of the Big Bang watch which echoes branding familiar with fans the world over, with a new dial and strap as well as a special application designed for followers of England’s top flight.

The 200-piece limited-edition watch has a lightweight case in satin-finished, polished titanium, and its rubber strap with microblasted black ceramic buckle can be changed quickly thanks to Hublot’s One Click strap-change system. But it’s the exclusive Hublot Loves Football Premier League app, powered by Wear OS by Google, that makes this piece tick: animated notifications alert wearers to match kick-off times; when a game starts, it automatically switches to “Match Mode”, and delivers team line-ups, goals, penalties, substitutions, yellow and red cards and time added on – as well as VAR decisions (you’ll have to wait for the highlights to find out just how bizarre they were) – as and when they come. Users can switch between games with a simple screen tap.

“As a Hublot ambassador for many years, I can say that I am extremely proud to wear this magnificent watch that will bring fans of our league closer to the game,” says José Mourinho (pictured below; no intro needed, if you’re reading this) of a timepiece that will make you the most sought after man at many a wedding reception. “I’m even more proud to see Hublot and the Premier League come together – the best watchmaker in the world and the best league in the world. It’s a special match.”
BUY NOW, £4,300

The Final H. Moser & Cie. Apple Watch Lookalike Is Designed to Look Like a Perpetual Upgrade