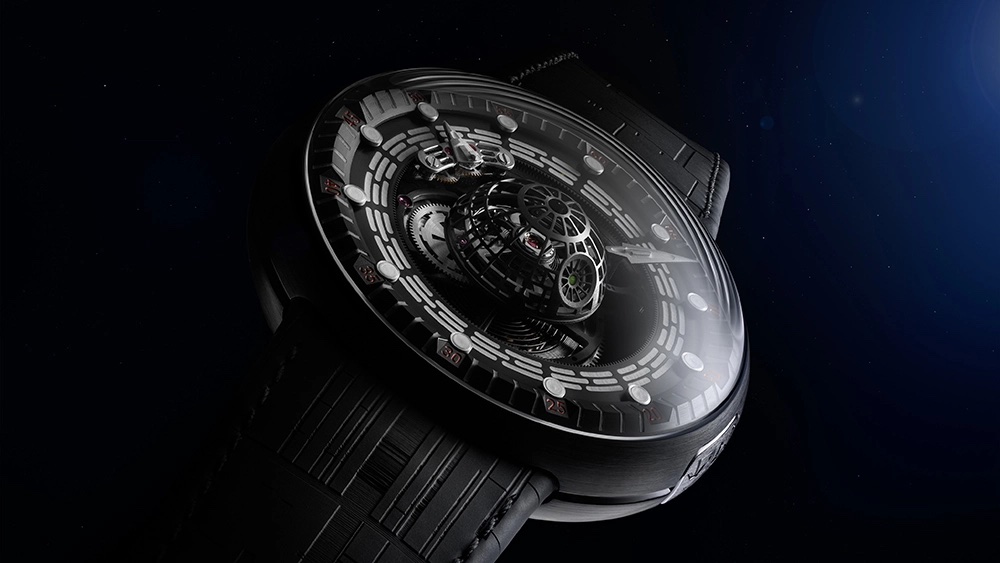 A short time ago in a galaxy not so far away, a fledging Swiss watchmaker unveiled the ultimate timepiece for Star Wars fans.

Allow us to introduce you to the new Death Star Tourbillon by Kross Studio. A stunning example of haute horlogerie, the limited-edition wrist candy is inspired by the Galactic Empire’s infamous space station-slash-superweapon. As such, the mechanical complication is unequivocally commanding and features menacing space-age styling.

Housed in a 45 mm black titanium case, the tourbillon features a mesmerising Death Star-shaped cage that makes one revolution per minute. The hands, fittingly shaped like Imperial Star Destroyers, have been affixed to a peripheral display that also orbits 360 degrees around the tourbillon. 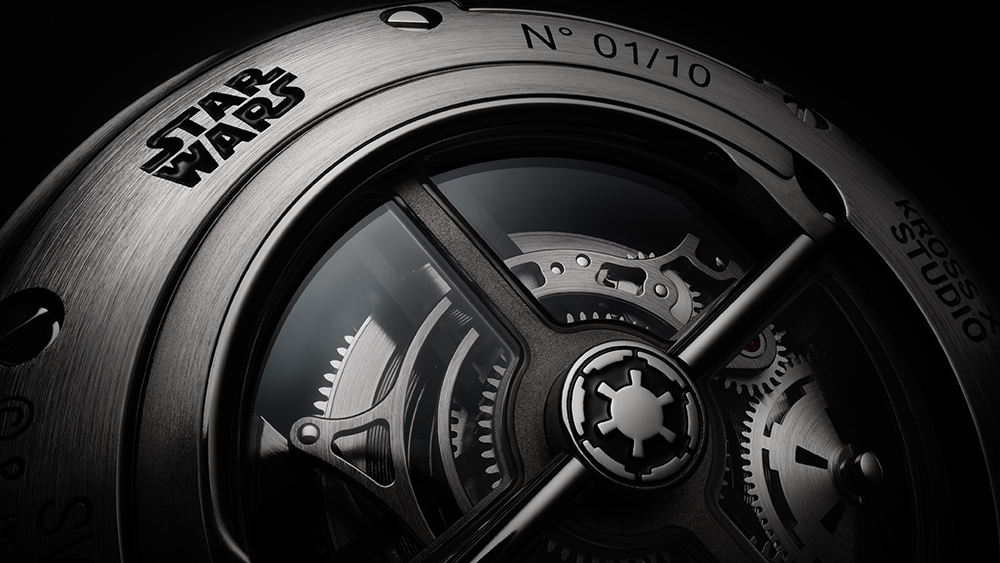 The in-house manual movement, meanwhile, can be clearly seen through the sapphire crystal dial and features distinctive wheels that mirror the Empire’s emblem. The movement delivers an impressive five-day power reserve and can be hand-wound via a ring on the case back.

The watch also features two buttons on the case back that enables the wearer to quickly and effortlessly switch between the three interchangeable straps. The options include a black rubber strap and gray calf leather strap, which are both embossed with the Death Star, along with a red rubber strap. 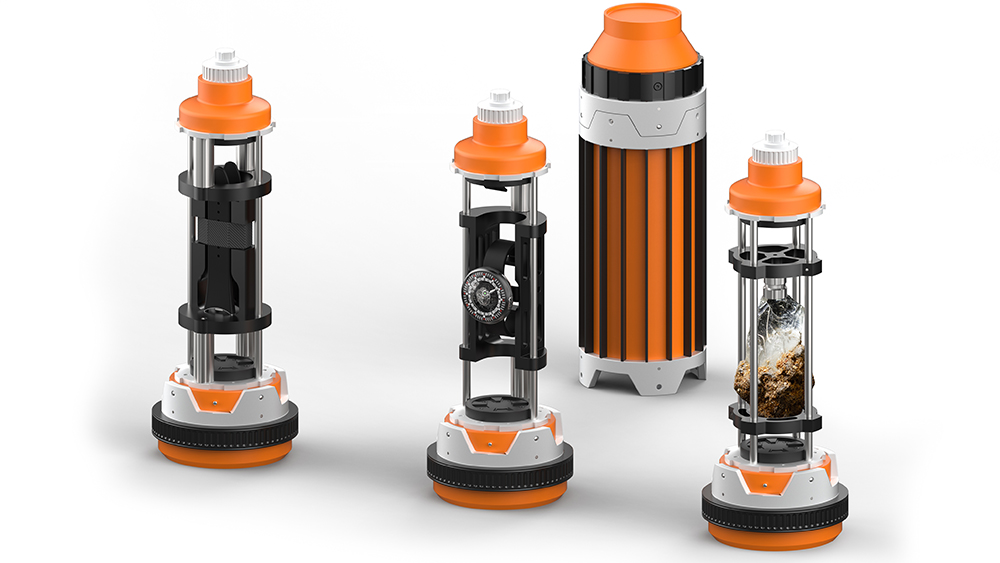 The set including the Kyber Crystal and the Death Star Tourbillon. Kross Studio

In addition to the timepiece, collectors will receive a “Kyber Crystal” prop that appeared on screen in Rogue One: A Star Wars Story. (For the unversed, the cyber crystal is the power source of the Death Star’s super laser.) These two rarities come housed in a special watch box. Handcrafted by a bespoke furniture maker from Switzerland, the design comprises 700 different parts and emulates the armored containers that also appear in Rogue One.

As to be expected, the three collectibles don’t come cheap. Just 10 individually numbered sets are available and each is priced at around £115,000. Welcome to the Dark Side.

Check out more photos of the set below 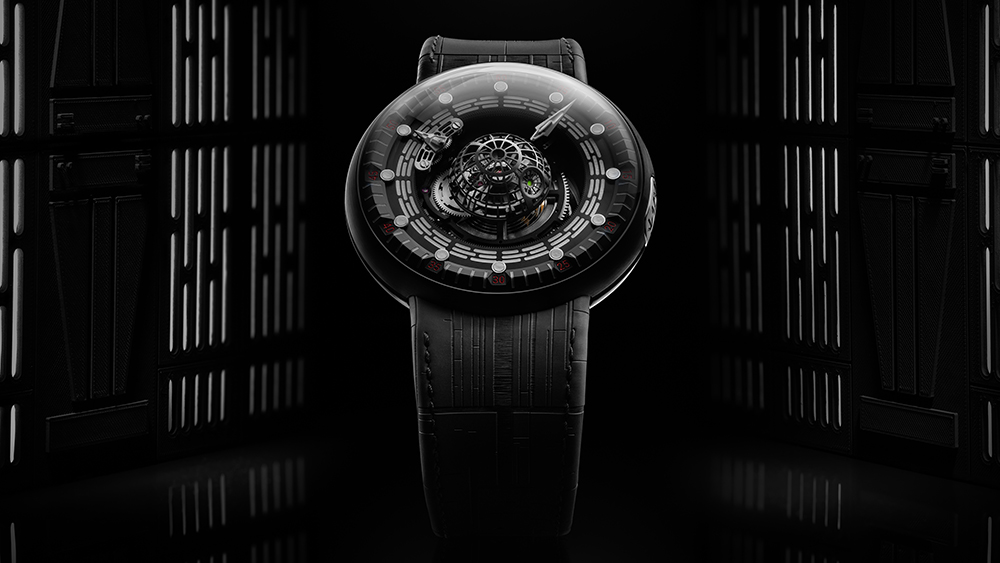 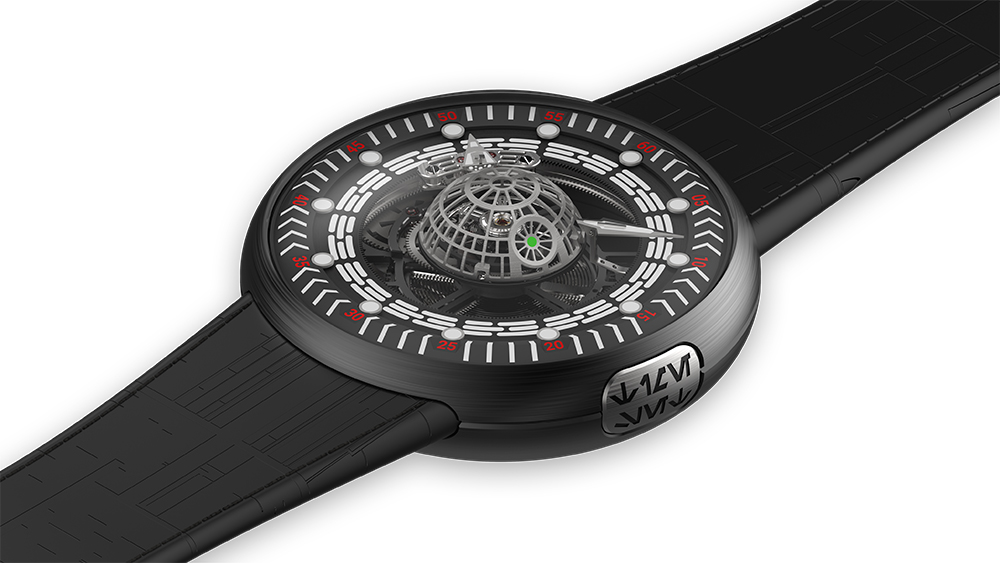 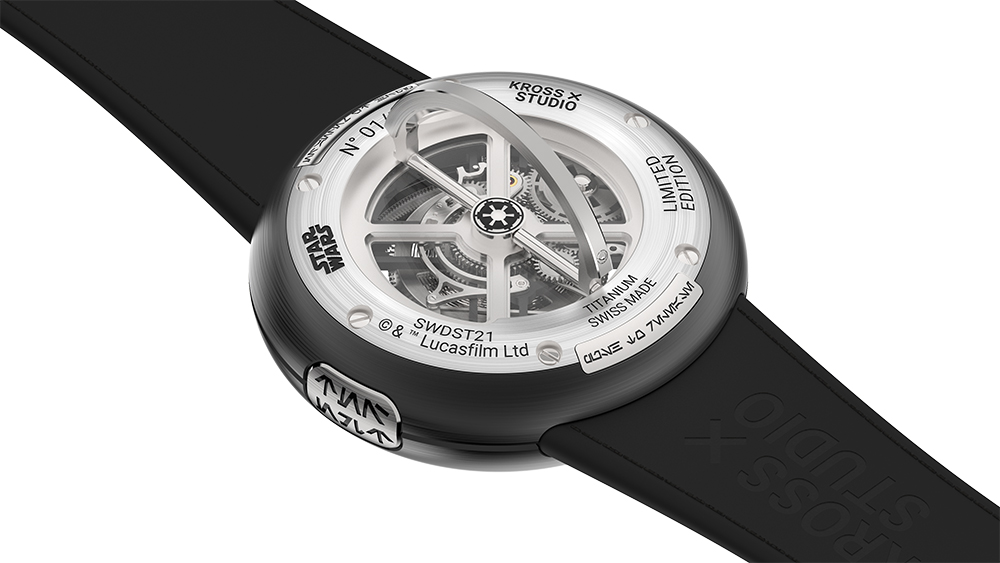 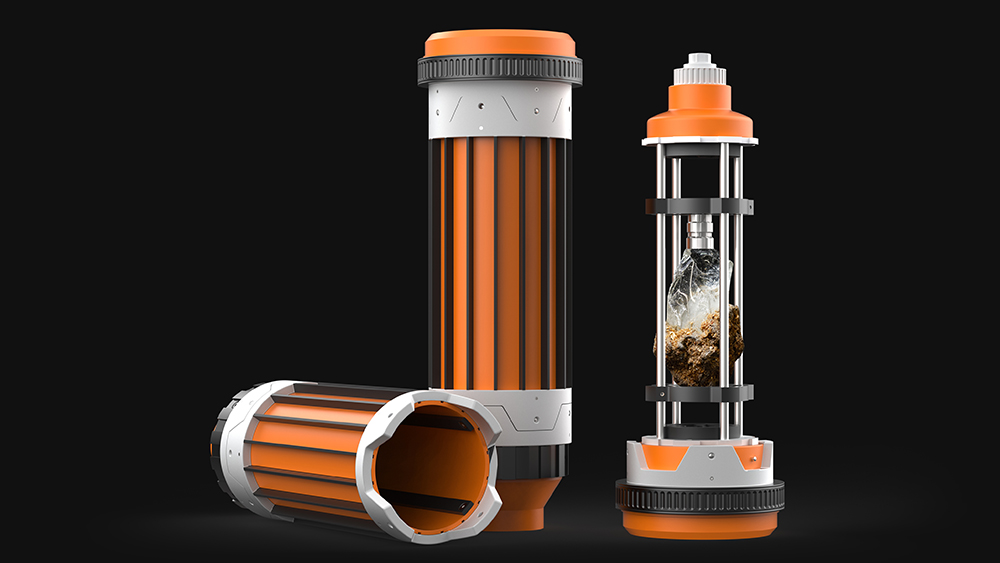 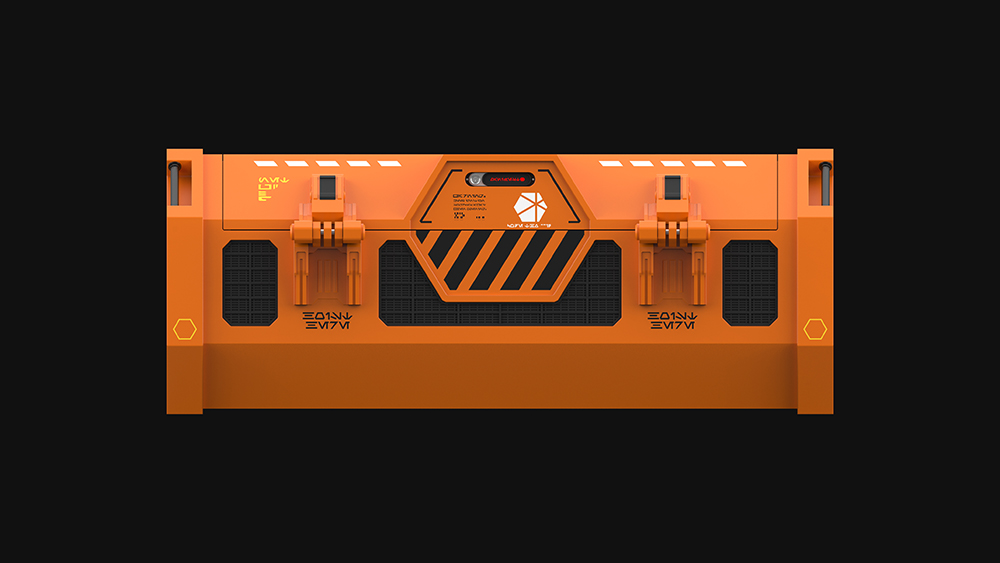