By Victoria Gomelsky on February 5, 2021 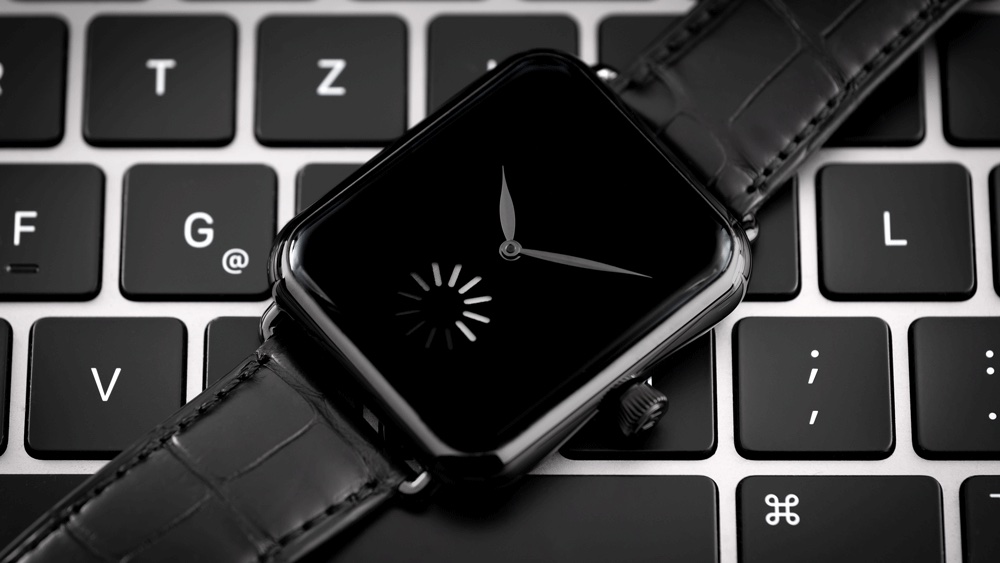 In keeping with its reputation for making provocative, humorous and often controversial timepieces, H. Moser & Cie. is out with the Swiss Alp Watch Final Upgrade, the ultimate version of a model introduced in 2016 as a horological middle finger to smartwatches.

Designed to resemble the world’s most famous connected watch in standby mode, the model features an ultra-minimalist dial made of light-absorbing Vantablack, said to be one of the darkest artificial materials in existence. In place of a logo and indices, a small second display at 6 o’clock has been redesigned as a shaded disc that resembles a digital update in progress — an idea, according to Edouard Meylan, H. Moser’s CEO, that came from “a customer and friend of the brand, a true enthusiast and fan of the Swiss Alp Watch collection.”

The joke is, of course, on smartwatches. The Swiss Alp timepiece is 100 percent mechanical. Equipped with H. Moser’s handwound HMC 324 in-house caliber (which boasts 100 hours of power reserve), the watch is manufactured in the Swiss city of Schaffhausen. Given proper care, it’s designed to run in perpetuity, in stark contrast to the planned obsolescence of even the highest-end connected timepieces.

It’s not the only irreverent model the rebels at H. Moser have produced. In 2017, the watchmaker introduced the Swiss Mad Watch, a working mechanical timepiece encased in real Swiss cheese, a pointed comment on the manufacturer’s unassailable “Swissness.” Two years later, it created a plant-laden watch whose case was adorned with succulents, moss, soil and other greens to send the message that it was now turning its attention to environmental sustainability.

The Swiss Alp series, which includes 14 different iterations, most of them dial updates, was, arguably, H. Moser’s most talked-about introduction.

At £25,000, the Swiss Alp Watch Final Upgrade, available in a limited edition of 50 pieces, is a rather expensive rebel with a cause.