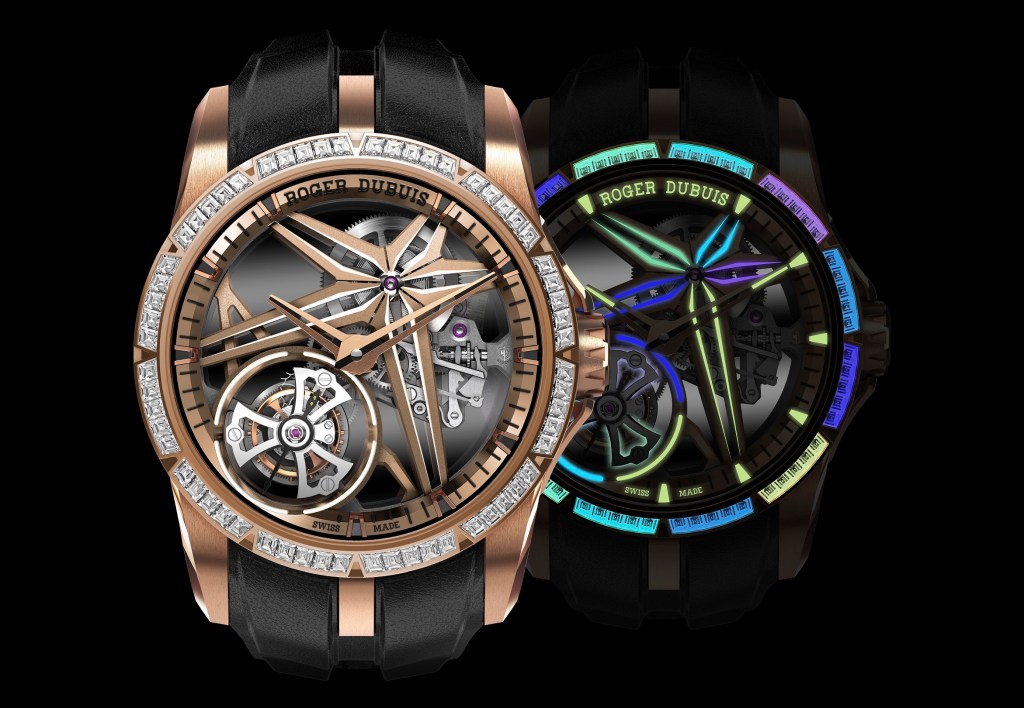 So seriously did the late Roger Dubuis take light and luminescence, and their potential to alter a watch’s character at night, he went to Hong Kong city to consult Wu Chi-kai – one of few remaining experts able to create bespoke neon signs for commercial purposes – before creating the Excalibur Blacklight: a piece which, with its network of sapphire microstructures filled with luminescent material and intertwined with the skeletonised caliber, alters at night in the same way that Wu’s native metropolis does.

Now, as well as a new Excalibur Single Flying Tourbillon (£129,000, see below), the manufacture has also introduced the new Excalibur Glow Me Up (see main pic; approx £194,000, limited to eight pieces), a dazzling new addition to the Excalibur canon and the first timepiece ever to feature luminescent diamonds in varied colours. In daylight hours,  the piece is similar to the Excalibur Original Flying Tourbillon, its bezel (which, like the case, crown and case-back, is made from a non-tarnishing pink gold alloy) dotted with 60 baguette-cut diamonds.

At night, a chromatic spectacle comes alive, thanks to an intricate process whereby the grooves that hold the stones in place are filled with Super-Luminova, which has also been applied to the angles of the movement and its star-shaped bridge. 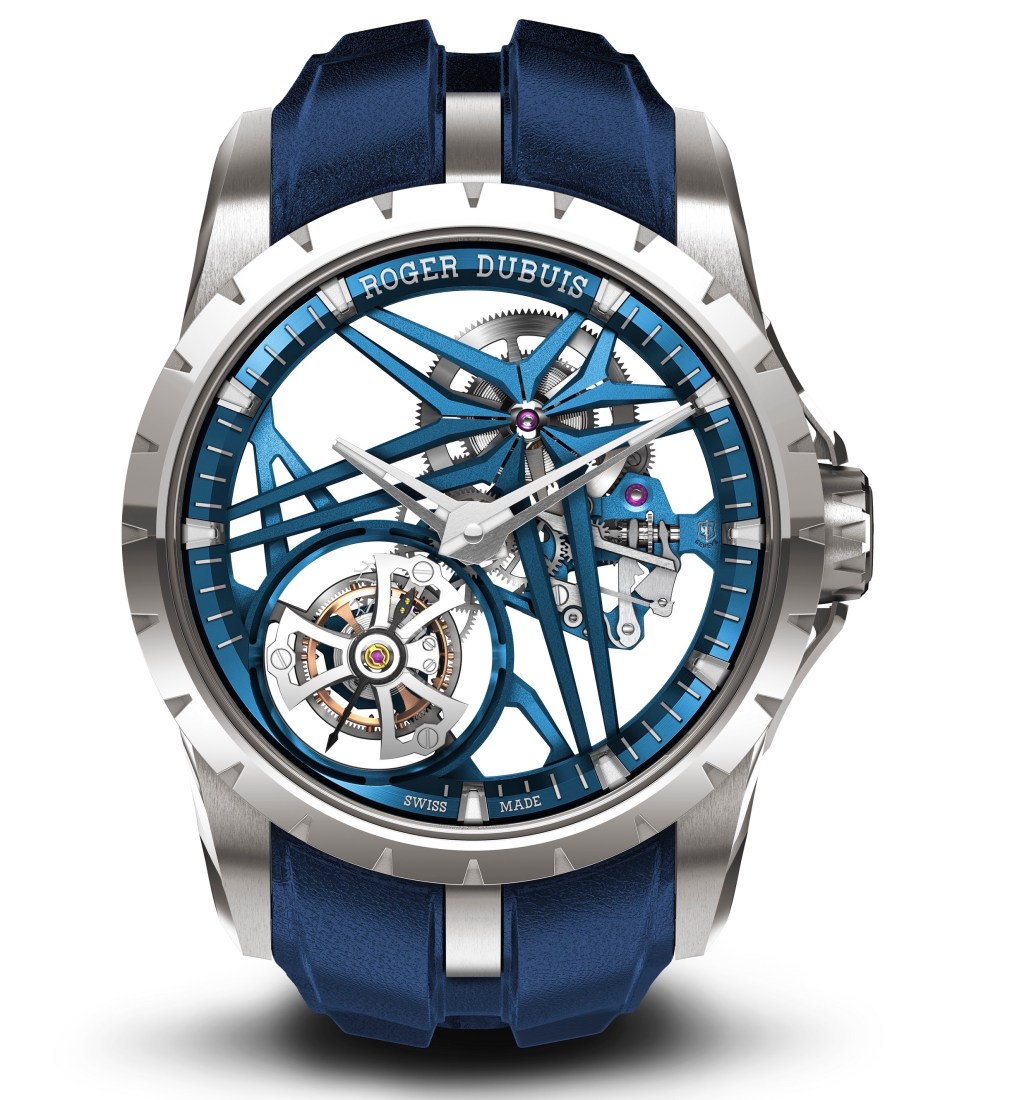