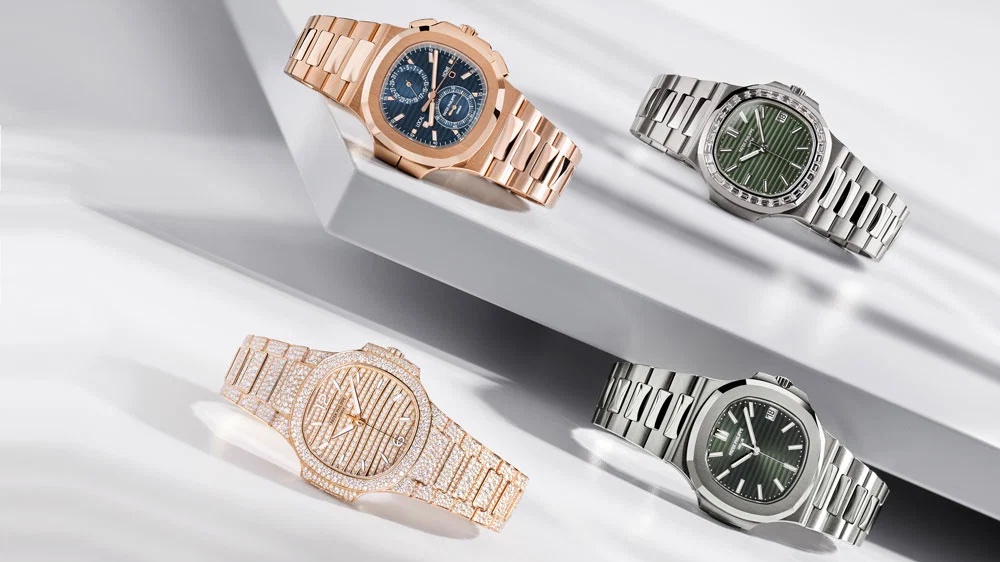 Wow. Patek Philippe kicked off the first official day of Watches & Wonders 2021, the world’s largest digital watch fair, with a serious bang! The Swiss watchmaker has released not one, but four new references of its coveted Nautilus model. After the discontinuation of the Ref. 5711/1A-010 was confirmed in January, the industry and collectors assumed the company would be releasing a new model, but certainly not a handful. Known to be incredibly difficult to get a retail, with even serious VIPs relegated to epically long wait lists, and soaring prices in the secondary market, the Nautilus has become a larger-than-life commodity of the manufacture. But instead of playing to its scarcity, the brand is giving the market what its demanding. 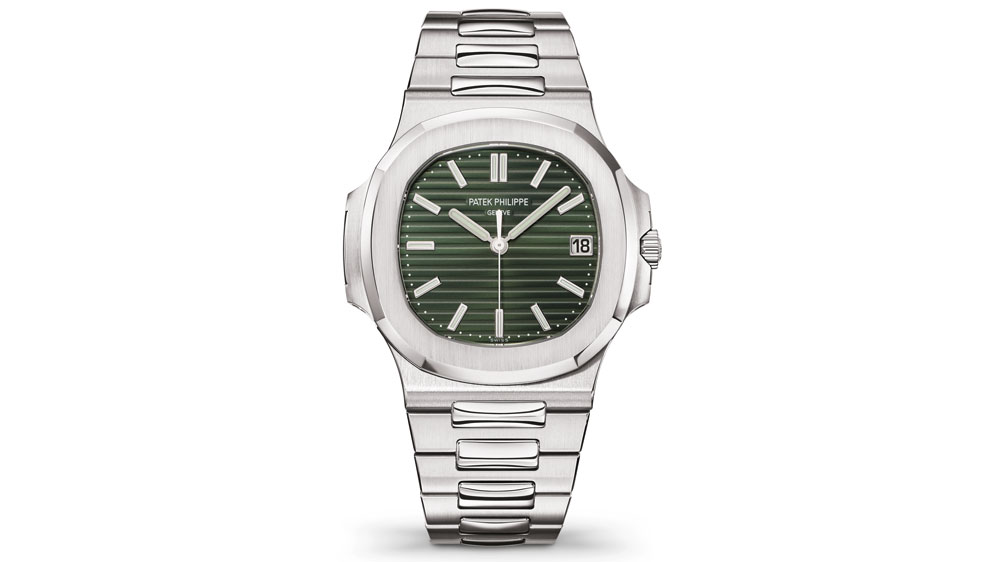 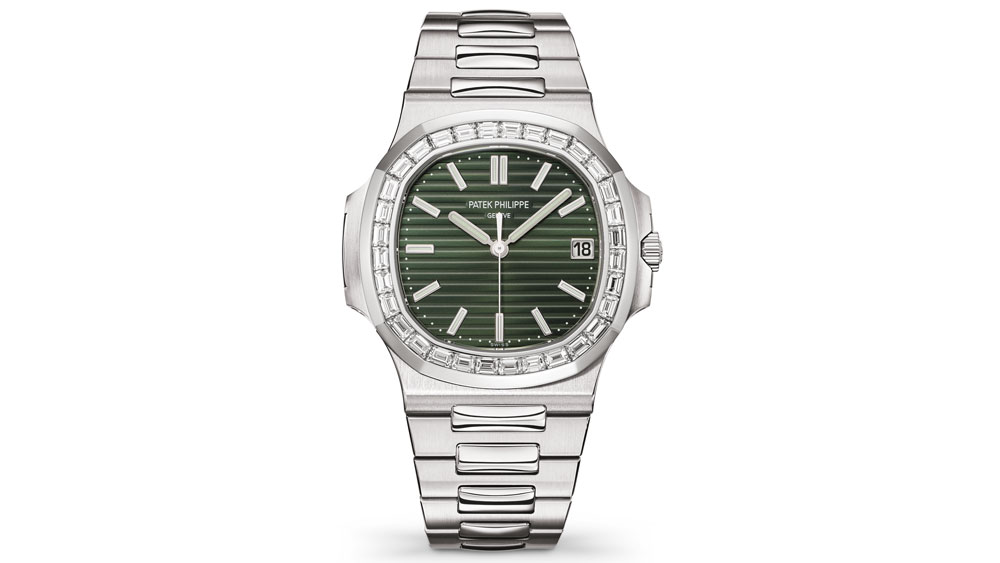 As a dressier alternative to the sports watch, a diamond bezel version Ref. 5711/1300A-001 (£72,860) is also available. It’s topped off with 32 Top Wesselton baguette-cut diamonds (approximately 3.6 carats) that have been cut in a slight trapezoidal shape instead of a traditional rectangle to match the rounded curves of the Nautilus’ unique shape. 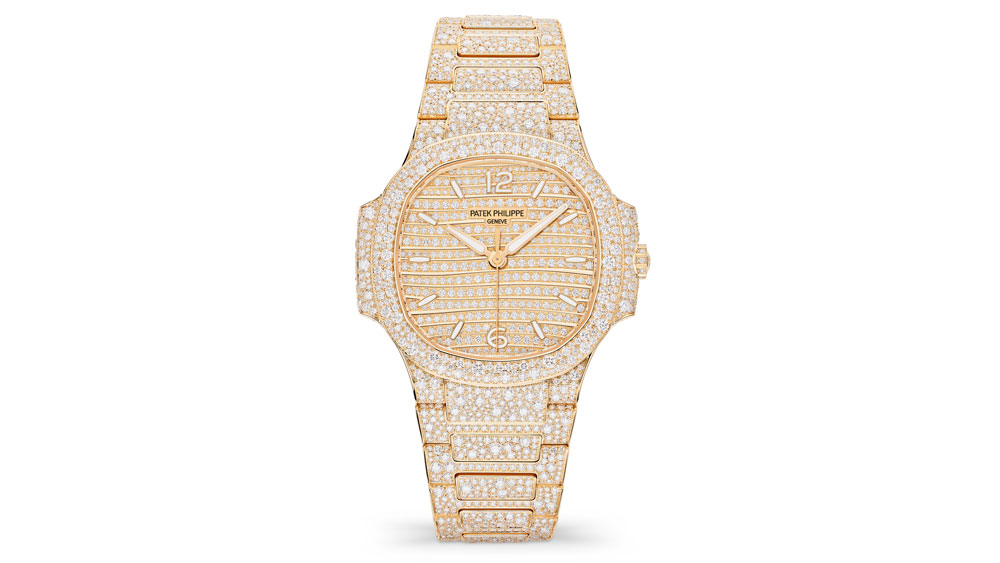 But if that’s not enough bling for you, a full pavé diamond Ref. 7118/1450R-001 (£282,340) in 18-karat rose gold should do the trick. While this is technically deemed a ladies’ watch by the company, it is offered in a slightly larger 35 mm instead of the 33 mm version of the 18-karat rose gold pavé diamond Ref. 7021/1R-001 offered from 2013 to 2018. The new Ref. 7118 comes in a snow-setting of 2,553 flawless Top Wesselton brilliant-cut diamonds in approximately 12.69 carats. The diamonds vary in sizes and are set with ultimate precision to reveal as little of the rose-gold casing between the stones as possible. 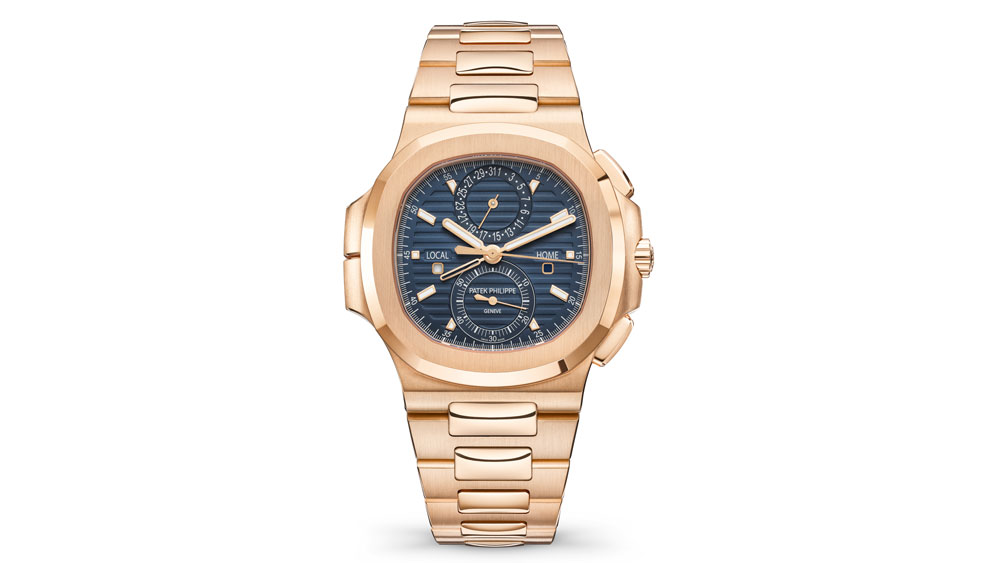 For serious horophiles willing to overlook hype to purchase a new Nautilus, a beautiful high-complication Ref. 5990/1R-001 Travel Time Chronograph in 18-karat gold with a blue sunburst dial (£72,860) is now on the table. It follows a stainless steel Ref. 5990/1A that was launched in 2014 with a black gradation dial. Combining a flyback chronograph, indications for two time zones and an analog date at 12 o’clock synchronised with local time, the caliber CH 28-520 C FUS uses a column wheel with a disk clutch to power chrono.

At the centre, the hollowed 18-karat rose gold hand indicates the hours at home, while local hours are shown on the 18-karat gold hands filled in with white luminous coating. The second time zone is set by the “+” and “-” symbols on the pushers at 9 o’clock. Day and night indications are seen at 3 o’clock and 9 o’clock for home and local time, respectively. And should you not care to see a second time zone, the two hour hands can be superimposed to appear as a single hand.

Whatever your preference, if you are a seasoned Patek Philippe collector (others shouldn’t even bother to try and inquire) and want to get your hands on any four of the new Nautilus references you better be ringing up your local AD now. These are, without a doubt, instant waitlist material.