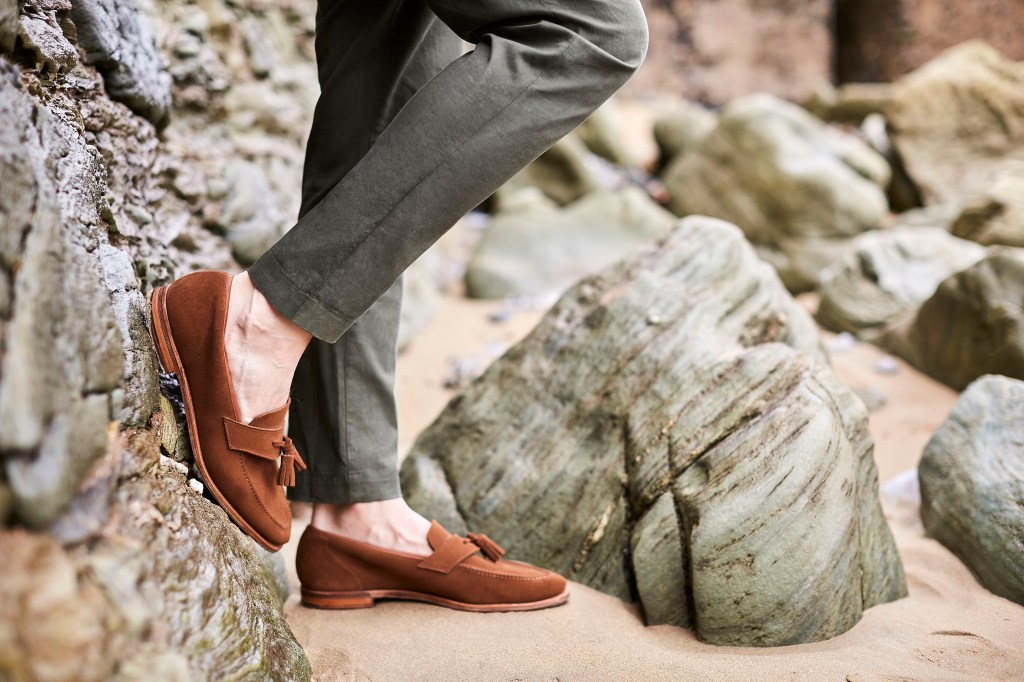 In the 2008 movie retelling of the post-Watergate TV interviews between David Frost and Richard Nixon, the latter (played by Frank Langella) nods at the Gucci ‘Horsebit’ loafers worn by his British interrogator (played by Michael Sheen) and makes a quip designed to wrong-foot him with the cameras about to roll: “I suppose a man in your profession can get away with something like that.”

If Gucci’s equestrian-tinged lace-less slip-ons are a compromise to a man’s sartorial integrity, though, then Fred Astaire, Clark Gable and Alain Delon are among those who have never got the memo when it comes to a shoe introduced to the brand’s repertoire by Aldo Gucci in the 1950s. 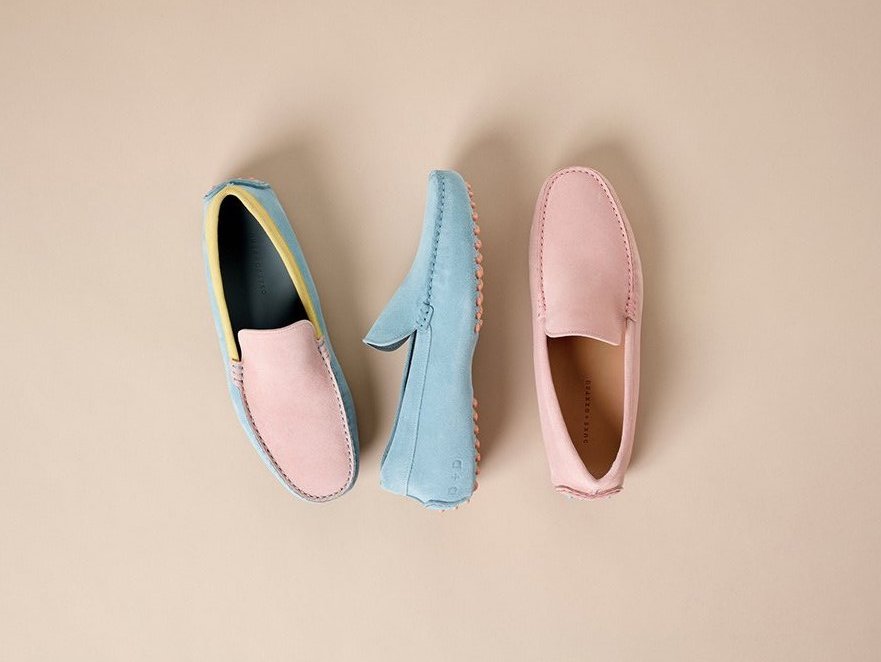 Why are loafers so effortlessly stylish? The clue is in the word ‘effortless’. They pack insouciant elegance not despite, but because, of their comfort. Diego Della Valle, Chairman of the Italian leather goods company Tod’s – whose ‘Gommino’ driving shoes have become a mainstay in countless well-appointed wardrobes since their introduction in the 70s – refers to his company’s loafers as “gloves for the feet”. Indeed, buy the right pair and loafers envelope and comfort the appendages for which they’re strictly speaking tasked only with protecting.

And it’s not just the Italians who have mastered summer-friendly, slip-on footwear: British makers are leading the charge this summer. London brand Duke & Dexter is among those to make a loafer (£140, buy now)which, like those by Tod’s, are ostensibly designed for driving (they also have the rubber pebbles from which the name Gommino, Italian for “rubber”, is derived). Handmade in Spain, they have a feather-light, flexible construction and come in a range of gentle pastel colours. 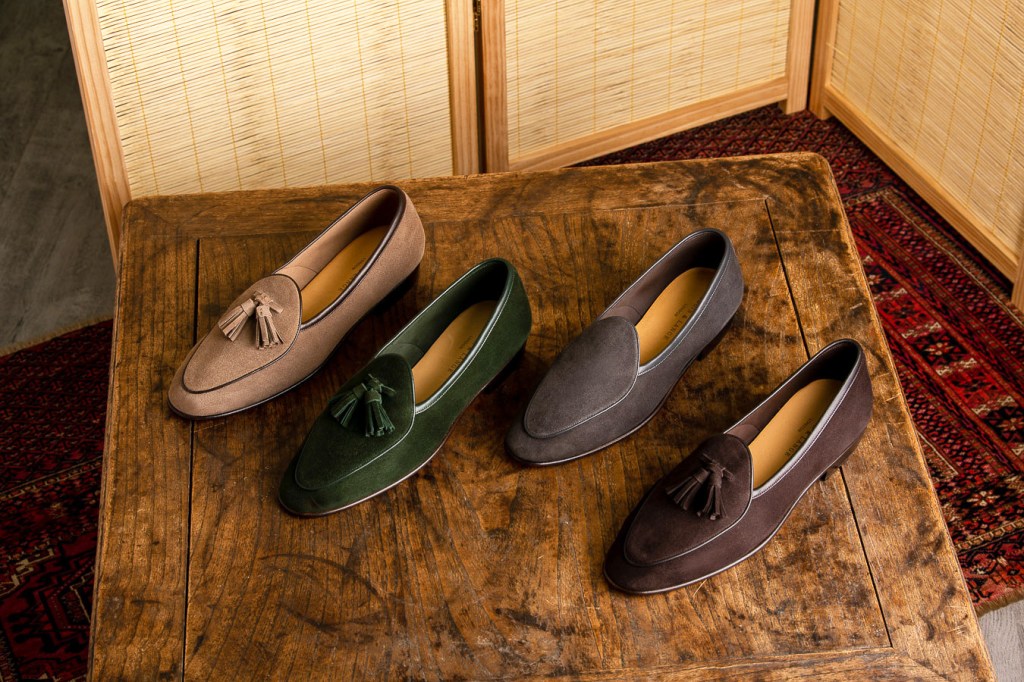 Makers offering a design perhaps more suited to pairing with Riviera-friendly tailoring include London-based Baudoin & Lange: their signature Sagan loafers (from £355, buy now) – named after Carl Sagan, the late astrophysicist – have a sleek silhouette thanks to their steep-descending vamp, and are handcrafted from exceptionally supple suede and calf leather, and therefore are lightweight and extremely forgiving on the feet.

Also aimed at bolder sartorialists – the kind of folk for whom Pitti Uomo attendance via Zoom would be like participating in a choir using sign-language – are Malone Soulier’s ‘Cole’ loafers in textural cognac-coloured raffia (£425, buy now), whose sole, lining and tassel are made of calf leather. George Cleverley’s unlined Hampton loafers (£345, buy now) in navy suede are another elegantly androgynous option, thanks to their tapered profile and the signature chisel-toe last used by a house which has been, and remains, shoemaker of choice to many of the most illustrious names in showbiz and politics. 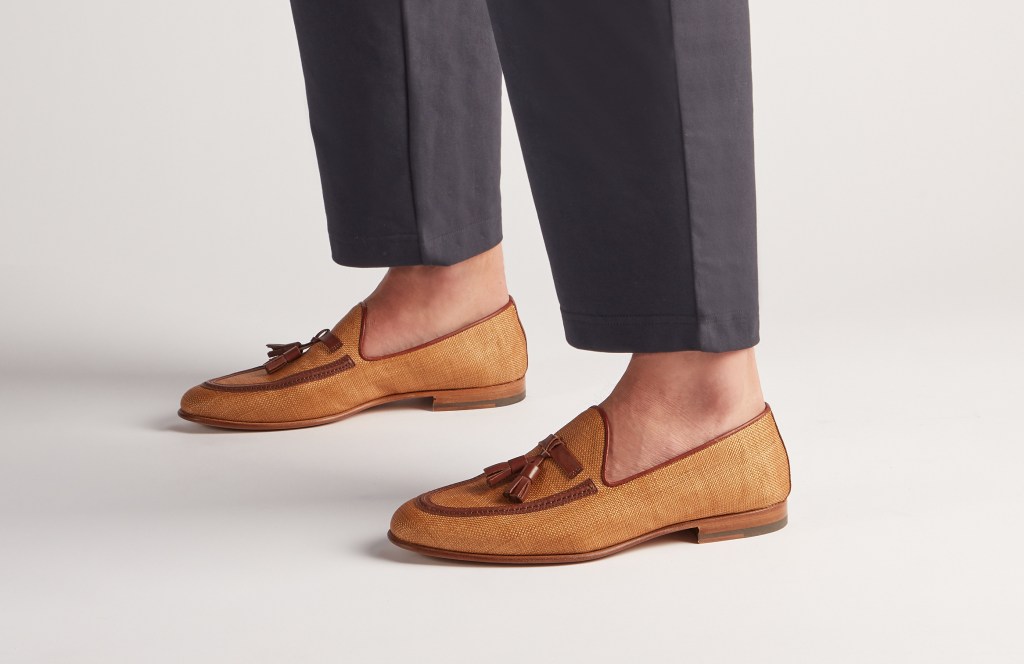 Dunhill have done their bit for those wishing to pair loafers with eveningwear with the introduction, for Spring Summer 2021, of the Link Soft Loafer (£725, buy now), a 70s-inspired design in brushed black leather with a matt black hand-crafted chain link across the upper which echoes the most masculine watch-straps. Among the most versatile of all shoes featured here, meanwhile, are the unlined ‘Solent’ tassel loafers from Crockett & Jones (see main pic; £375, buy now), the 5th generation cordwainers founded in 1879 by Charles Jones and Sir James Crockett in Northampton (and provider of all six pairs of shoes worn by Daniel Craig in Spectre, pop-trivia buffs). 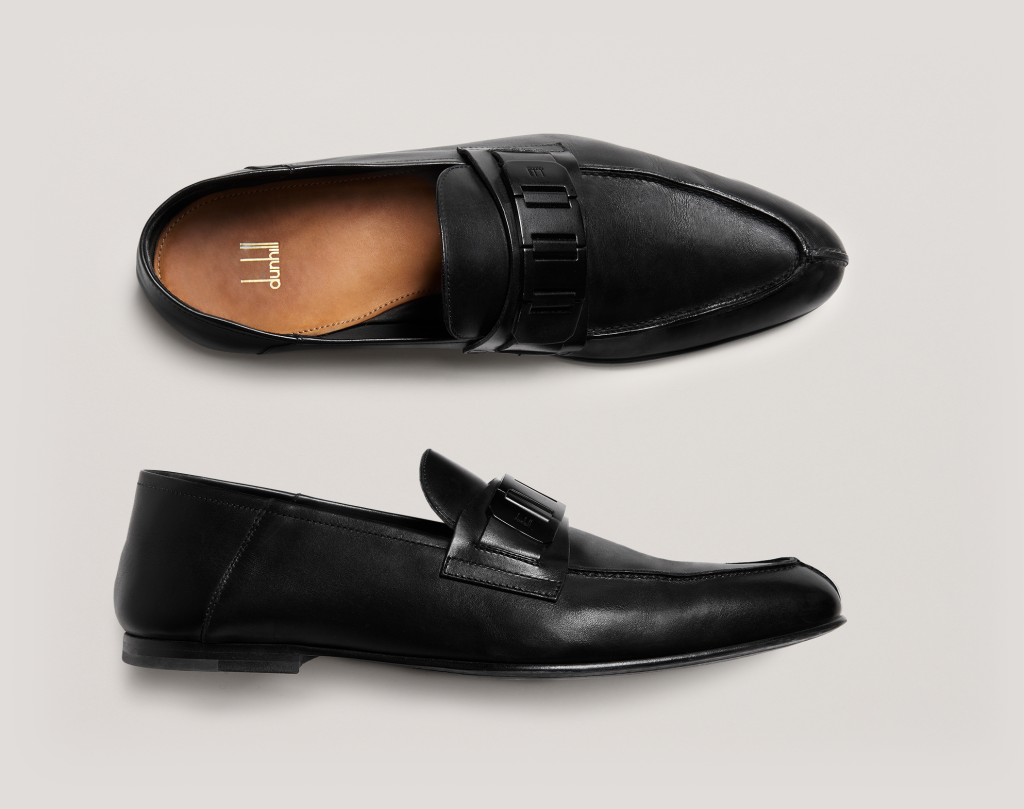 Brands who have gone off-piste, design wise, include Thom Sweeney, whose loafers in dark brown with monk-straps (£510, available on the brand’s site from 14th May), a collaboration with Crockett & Jones, will catch the eye of seasoned calceophiles (yes, there’s a word for passionate shoe aficionados). Carreducker, meanwhile, rightly describes its ‘Pembroke’ loafers (£199, buy now) as “perfect beach-to-bar” footwear: inspired by the clean lines of espadrilles, the Pembroke comes in an elegant Designers Guild fabric and has a leather lining which offers comfort and breathability in spades.

A brand which perennially eschews traditional loafer detailing and flourishes in favour of a simple, flat-bottomed slipper-style cut is Mulo, whose range (£145, buy now) – which is hand-crafted and stitched on an Oxford last in meticulously sourced Italian suede – comes in white, tan, navy, brown and black.

So, Summer 2021 sees loafer-lovers spoilt for choice: but given the extra ensemble options with which a decent pair furnishes your wardrobe, the purchase is just the start of the sartorial quandaries posed by loafers. 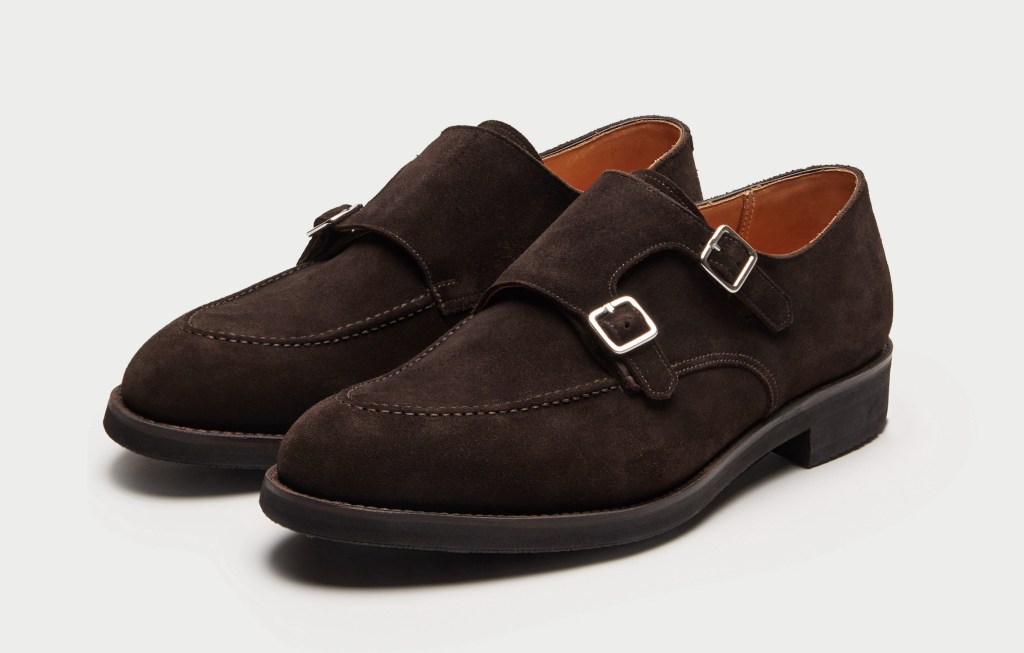