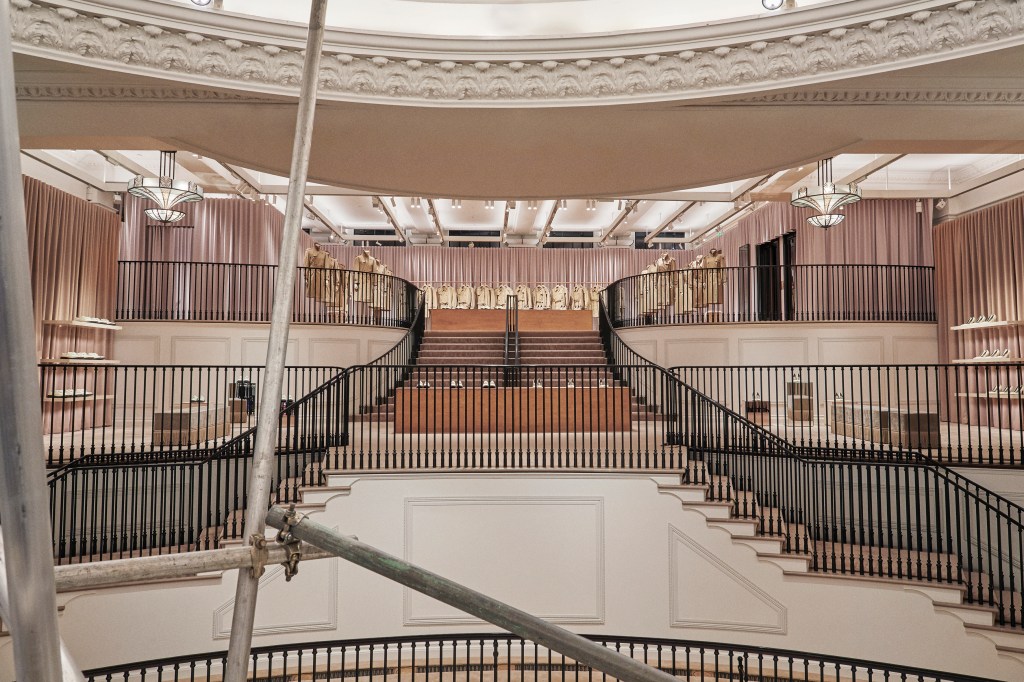 The British have never been afraid to take a retail risk: to push the boundaries of what it means to shop – whether transforming the experience to a gentleman’s club a-la Savile Row, or blurring the lines between art, fashion and community at concept retail centres such as Dover Street Market.

The city’s latest debuts – a revamped flagship from Burberry and a swanky new boutique from Italian-based Tod’s – are no different. Though, of course, they are different: both mark departures from the shopping experience you’ve come to expect from both brands, laying the groundwork for new ways you can expect to interact with each around the world. 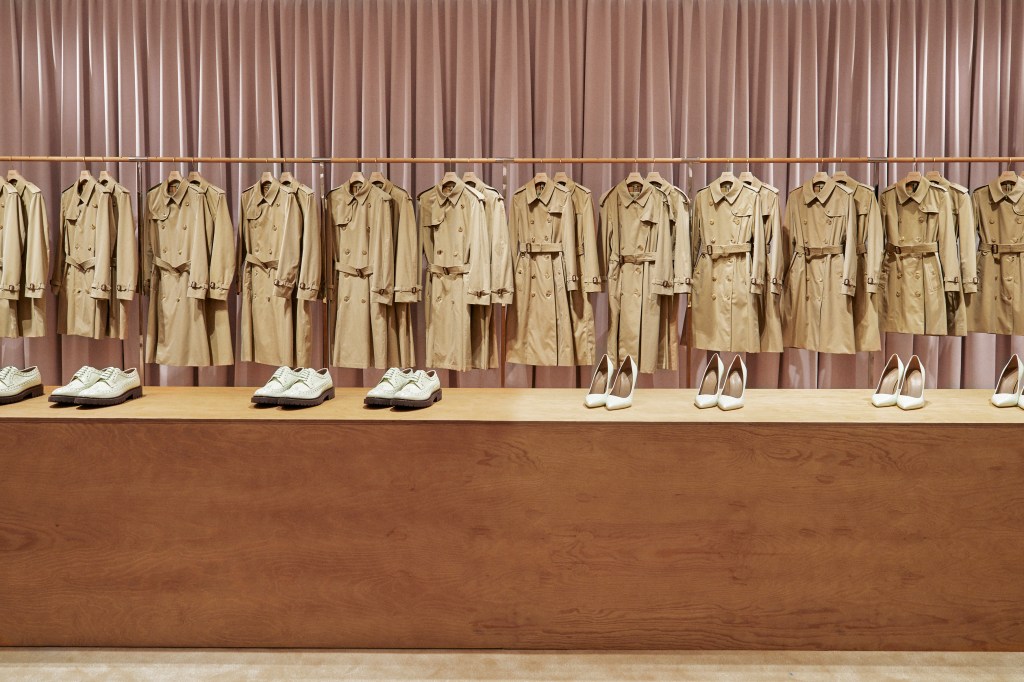 Burberry’s reimagining comes hand-in-hand with a brand-wide overhaul courtesy of new creative director Riccardo Tisci. The three-story Regent Street flagship store has been completely gutted, and though it opened on time you could be forgiven for thinking it was still under construction. Racks of clothing have been replaced by thickly draped curtains – a nod to the building’s roots as a theatre – in colours of the trench-coat rainbow.

The centre of the space is dominated by Sisyphus Reclined, a towering scaffold interactive art instillation by British artist Graham Hudson, which will be on display until the end of October. Once you digest that initial visual hurdle, the actual clothes come into focus. Individual rooms – some of which are shrouded behind those beige, pistachio and dusky pink curtains – are arranged by individual product, with separate spaces dedicated to everything from Heritage Trenches to the brand’s graphic Vintage check.

The boutique is also the only physical store in the world where pieces from Tisci’s debut – think suits, coats, and trenches that celebrate traditional British tailoring punched up by punk-rock accents – are currently available to purchase. Lmited edition pieces featuring the brand’s revamped logo are also currently available to snag on Instagram and WeChat – a venture into another wild-west frontier of retail. 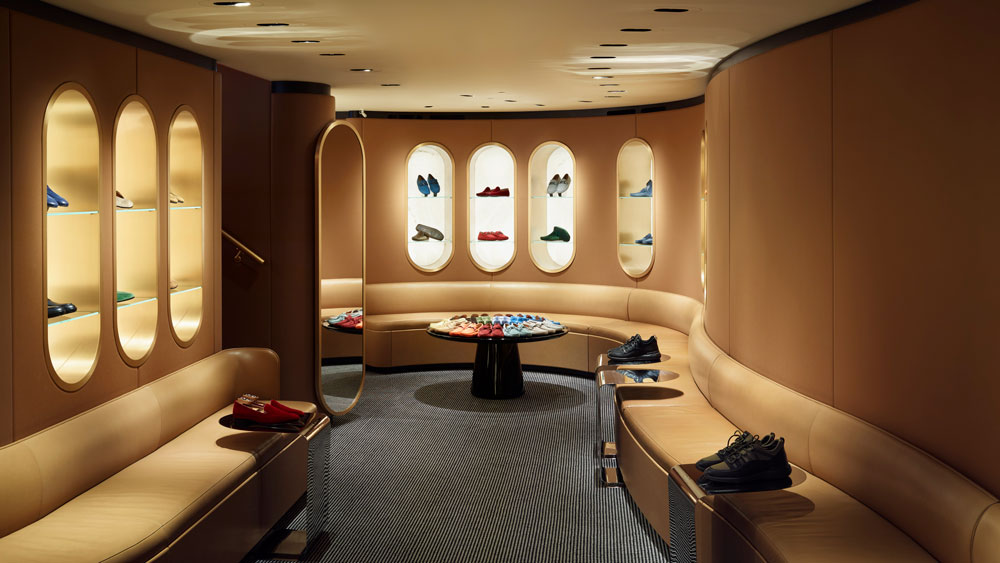 Where Burberry’s new look is purposefully difficult – forcing shoppers to engage by pushing the limits of the expected – Tod’s new outpost on Sloane Street draws you in with the promise of supremely stylish creature comforts. Opened over the weekend, the Sloane Apartment takes its cues from those boutiques-turned-social clubs. As with Burberry, the immediate appeal of the new Tod’s space is admittedly not the clothing itself. Instead, it is the groovy residential-style interiors (think grand Italian palazzo meets mid-century exuberance) envisioned by architect India Mahdavi that draw you in. 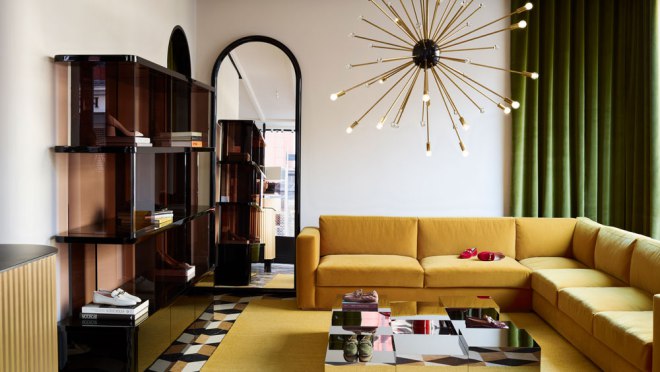 A curvaceous leather-panelled room that houses men’s shoes is the closest you’ll get to the traditional store experience. Instead, Mahdavi has focused on crafting vignettes that frame the brand’s leather goods: a plush yellow velvet L-shaped couch faces a bookshelf artfully stocked with shoes, and coffees and cocktails are free-flowing. Plenty of smaller nooks encourage you to sit down, try on a pair of Gomminos and stay a while. And in an age where three clicks will deliver a pair loafers or that new-season trench to your door, being encouraged to linger – over a drink or contemplating an intrusive work of art – may very well be the ultimate luxury.