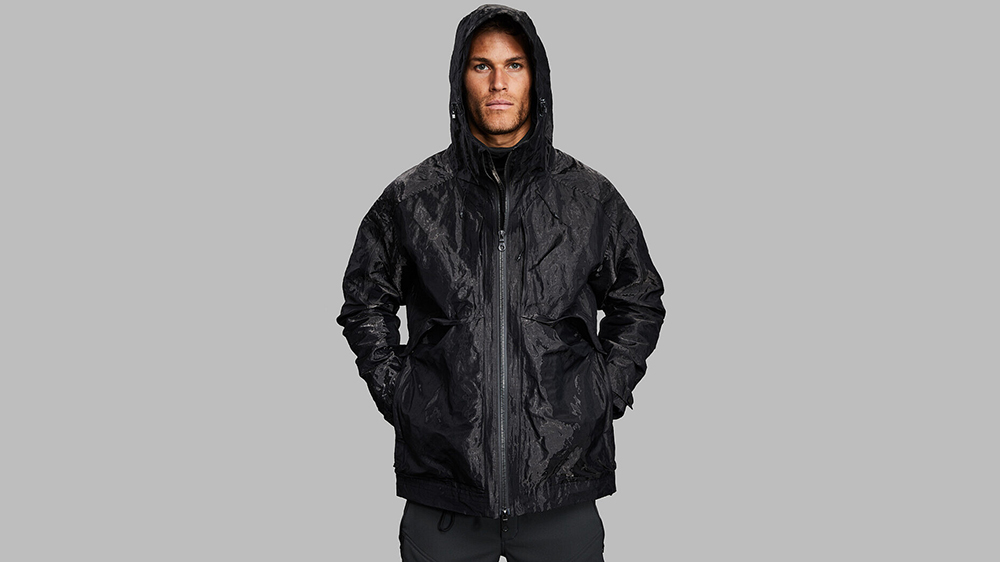 It was only a matter of time before “disease-resistant” clothing hit the mainstream. Miles apart from the hazmat suit you probably pictured upon hearing that phrase, Vollebak’s ingenious Full Metal Jacket has the power to kill harmful viruses and bacteria without making you look like you’re headed back to the future.

The pioneering tech-based label has been developing disruptive “intelligent” garb for more than four years and created this self-sterilizing jacket in response to Covid-19. It features a unique copper construction that effectively eradicates harmful microbes that hit it.

“Copper is biostatic, which means that bacteria and other life forms will not grow on it,” Vollebak said in a press release. “It also has exceptional antimicrobial properties with bacteria and viruses dying as they make contact with it.”

The garment is made from 65 percent copper and features nearly seven miles of the metal fibre in its design. So, how exactly does it work? According to Bill Keevil, a microbiology researcher at the University of Southampton, the copper releases electrically charged ions that zap the bad microbes and makes it difficult for them to breathe. Then, it punches holes in the microbe’s outer membrane, before moving in and wiping out its DNA. This not only kills it but prevents it from developing any future resistance.

Of course, working with the copper came with its own set of challenges. Not only is it an extremely expensive material, but there’s also no established supply chain as the material is normally used to make cookware and electrical components, not wearables. To turn it into a usable fabric, Vollebak laminated the copper thread with a breathable and waterproof membrane called c_change.

“While it might look like it’s come from another planet, it’s designed to be worn like a normal jacket,” said Vollebak co-founder Steve Tidball. “And it doesn’t feel like you’re wearing metal—the copper is woven into a flexible yarn and the jacket is fleece-lined, so it’s comfortable enough to be worn every day.”

In addition to being disease resistant, the jacket is also waterproof, windproof and nice and breathable. The best part? Vollebak says the jacket is only the first step in its development of antimicrobial clothing, so there’ll be more protective pieces to come.

The Full metal jacket is available in black or silver and is priced at £895.