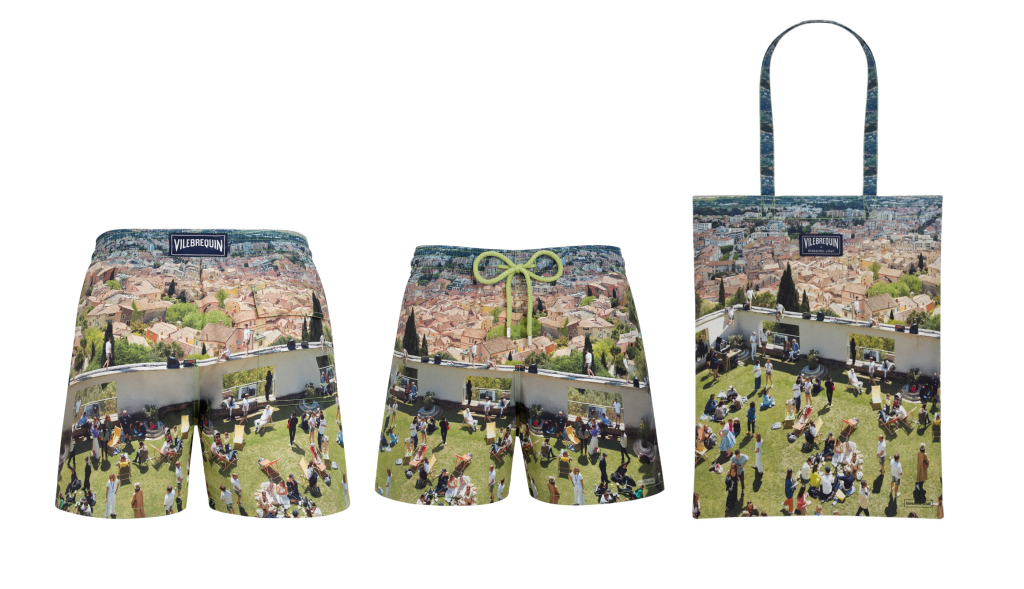 Now, a brand founded in 1971 by Fred Prysquel, a young motoring journalist (“vilebrequin” is French for “crankshaft”) inspired by an amorous mission to improve the look of men’s swimwear in Saint-Tropez and the wider Riviera area, has teamed up once more with Massimo Vitali, the Italian photographer whose enticing beach scenes have been transferred to Vilebrequin swimwear in the past.

For this, the fourth collaboration with Vitali, the scene captured and applied to Vilebrequin’s latest swim shorts (as well as a tote bag) is the rooftop of French modernist architecture gem Villa Noailles.

The photograph was taken during the 34th International Festival of Fashion, Photography and Fashion Accessories in Hyères last year, and is the fourth collaboration between Vilebrequin and Vitali. Keen-eyed observers who are well-versed in the two’s previous joint efforts may well recognise the shorts worn by some of the photo’s subjects…

Available online, at the Villa Noailles boutique and at selected Vilebrequin stores worldwide 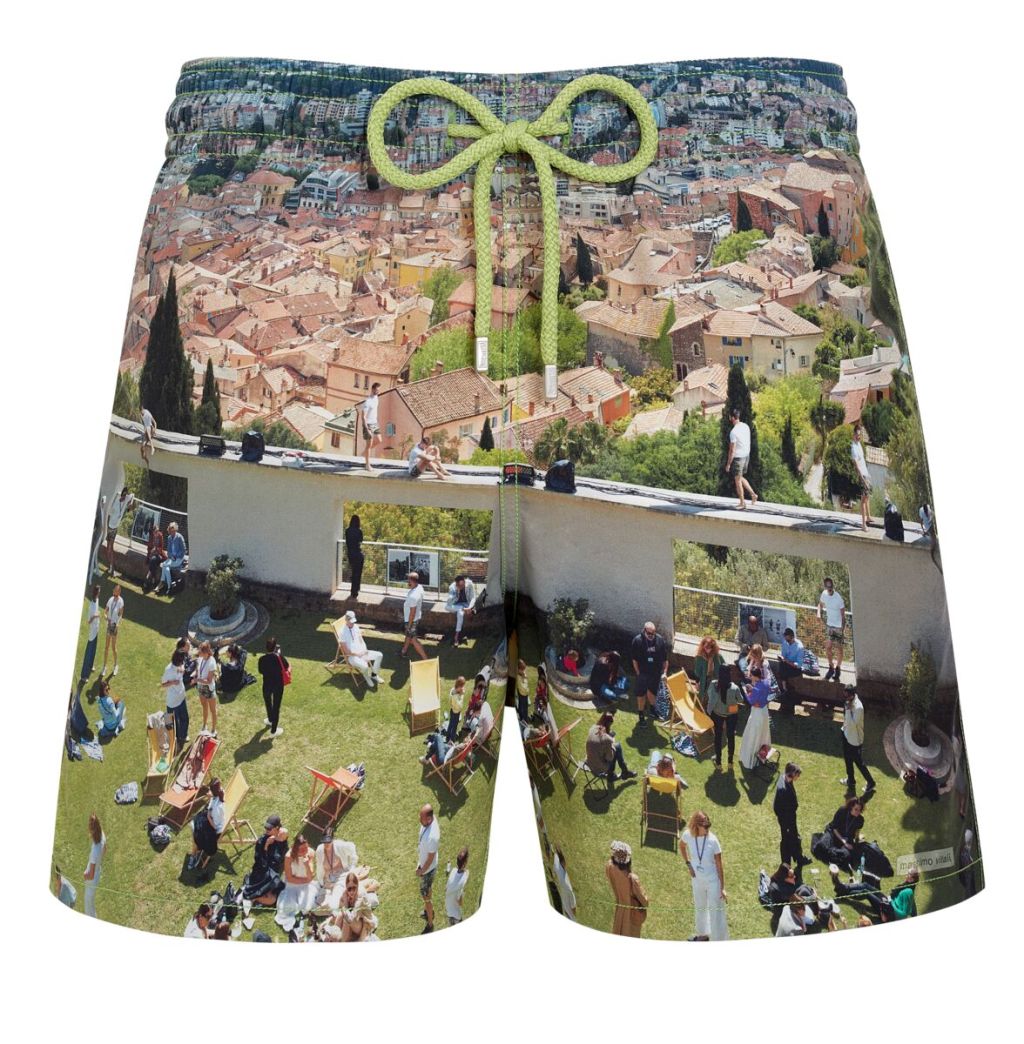 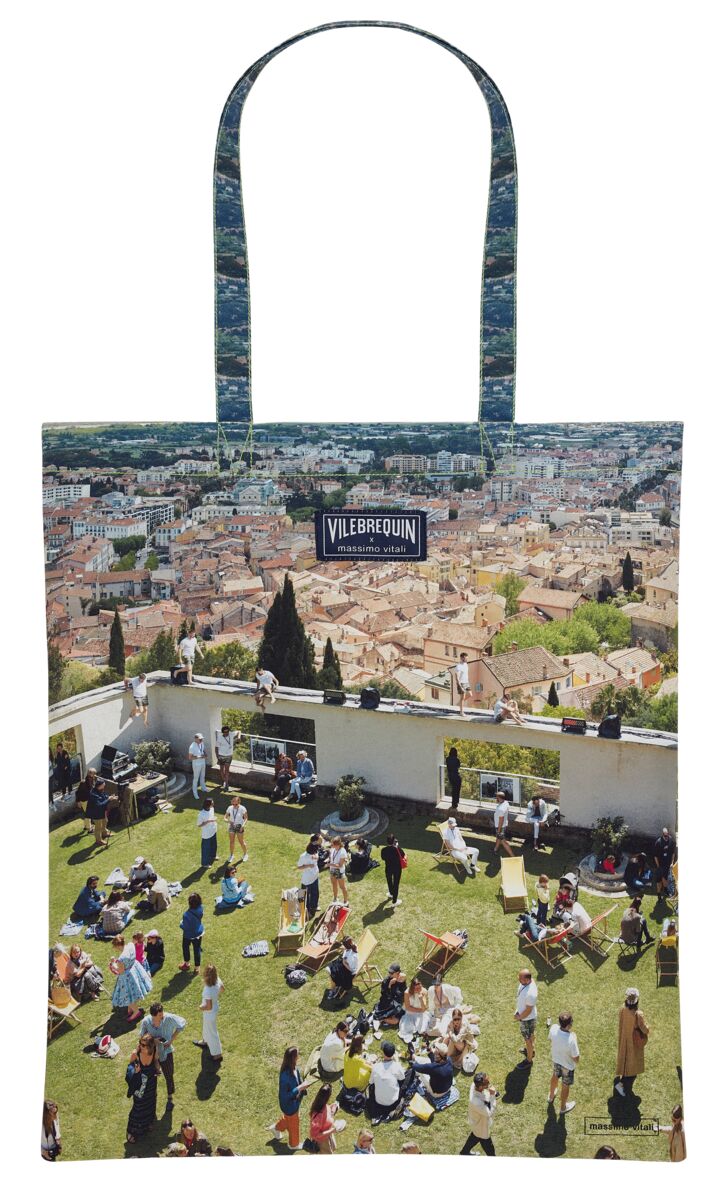