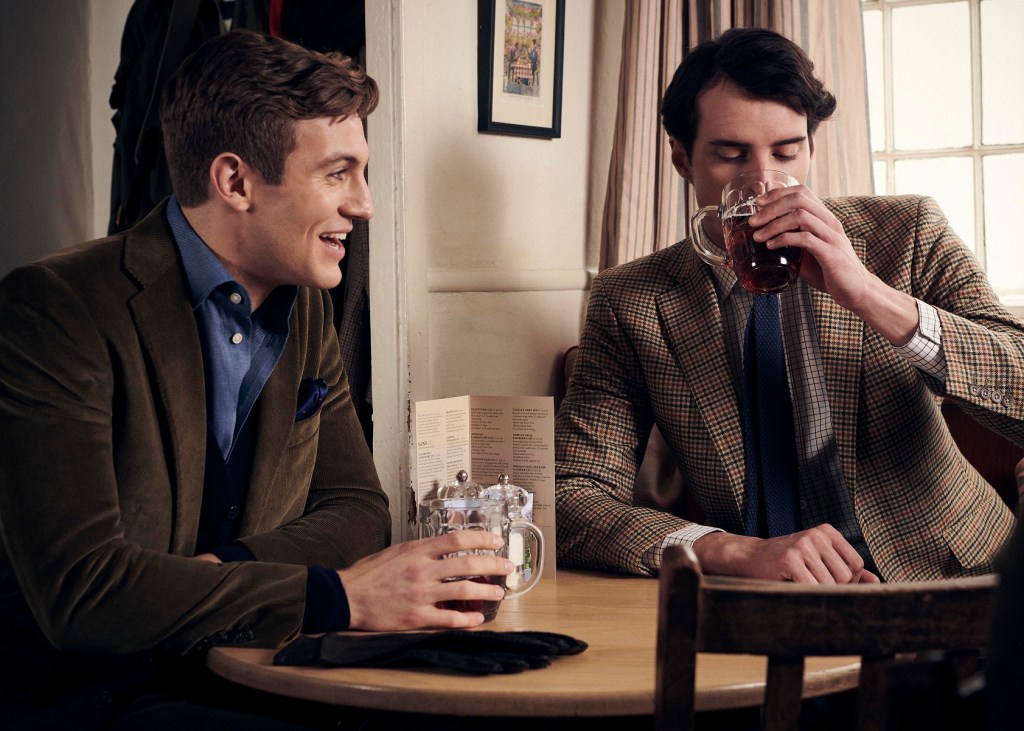 Sartorial splendour isn’t exactly lacking in a mile radius around Piccadilly Circus – but Chelsea-based outfitter Oliver Brown’s seasonal stint on the scene will seriously raise the stakes. Focussing on pieces selected especially for the festive period, the British-made ready-to-wear collection by Oliver Brown is displayed at 12 Piccadilly Arcade, St James’s. To celebrate the pop-up, Oliver Brown have created the St James’s Eaton jacket you see before you, to be stocked at the temporary Piccadilly Arcade residence as well as on the company’s website (£345, www.oliverbrown.org.uk).

An impressive amount of thought has gone into the fabric from which the two-button, single-breasted coat is made: large checks, the reasoning goes, can be a tad shouty for a balanced ensemble, while micro-checks can be too subtle. Hence, the cloth here resides in the Goldilocks zone, with the autumnal tones lending a decidedly casual nature to the cloth. The pattern registers as a near-solid from a distance, but on closer inspection reveals its true chromatic nature. The tweed’s texture works especially well with equally heavy textures – think flannels and moleskins for trousers, brushed cottons for a shirt, and suede for accompanying shoes.

But overall, let the gun club check speak for itself. It will be the hero piece of any outfit, which means that you can dispense with tie and pocket square.

Nippled Bat Suit, Anyone? George Clooney’s, From 1997’s Batman & Robin, Is Up For Auction