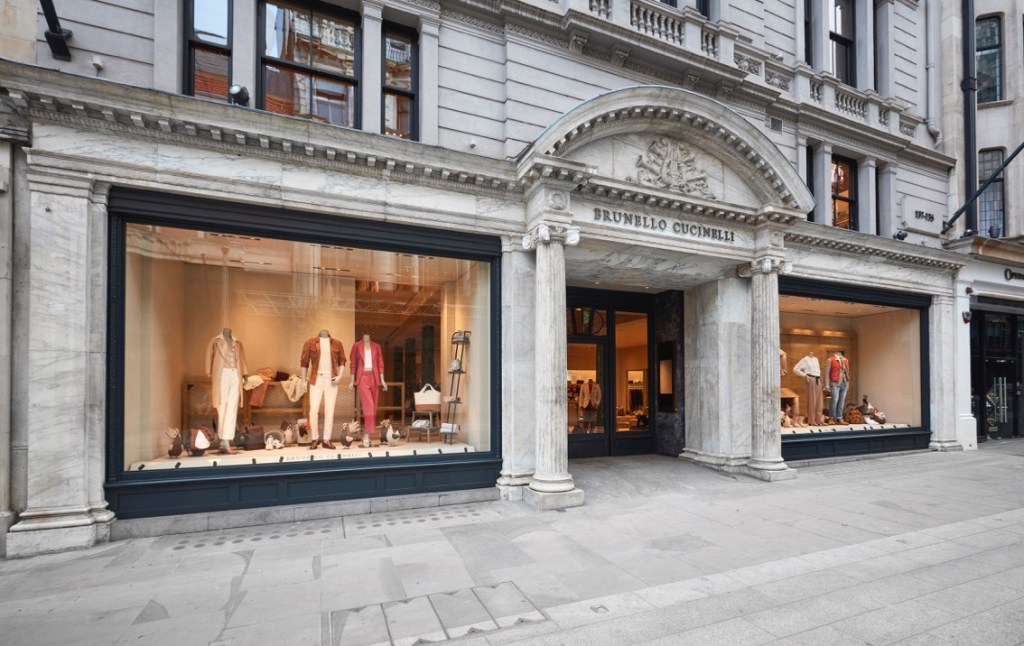 To say that an abundance of cultural history lurks behind the marble walls, balustrades and columns of 135-137 New Bond Street – which became Brunello Cucinelli’s flagship Mayfair home on Monday – would be a tepid understatement. Built in 1876 to house the Grosvenor Gallery, founded by the British watercolourist Sir Coutts Lindsay and one of the most important of the Victorian era, it was referenced by Oscar Wilde in The Portrait of Dorian Gray, and for much of the 20th century was utilised as a concert venue and a recording studio.

Inside, over two floors, customers are welcomed into a cosy space in which traditional furniture mingles with materials in natural colours that reflect the design aesthetics of the brand: natural stone, chestnut wood and soft plastered walls, juxtaposed with a contemporary-industrial touch by flashes of metal.

The ground floor houses the brand’s menswear (and is thus, natch, replete with cashmere knitwear) as well as Sartoria Solomeo, where tailor-made suits can be requested. Walk up the store’s huge natural stone staircase, and visitors enter an area dedicated to ready-to-wear womenswear – footwear, bags and accessories – and there’s also a library (expect plenty of philosophy and classical literature), and a café serving Italian fare.

The pictures below speak for themselves. 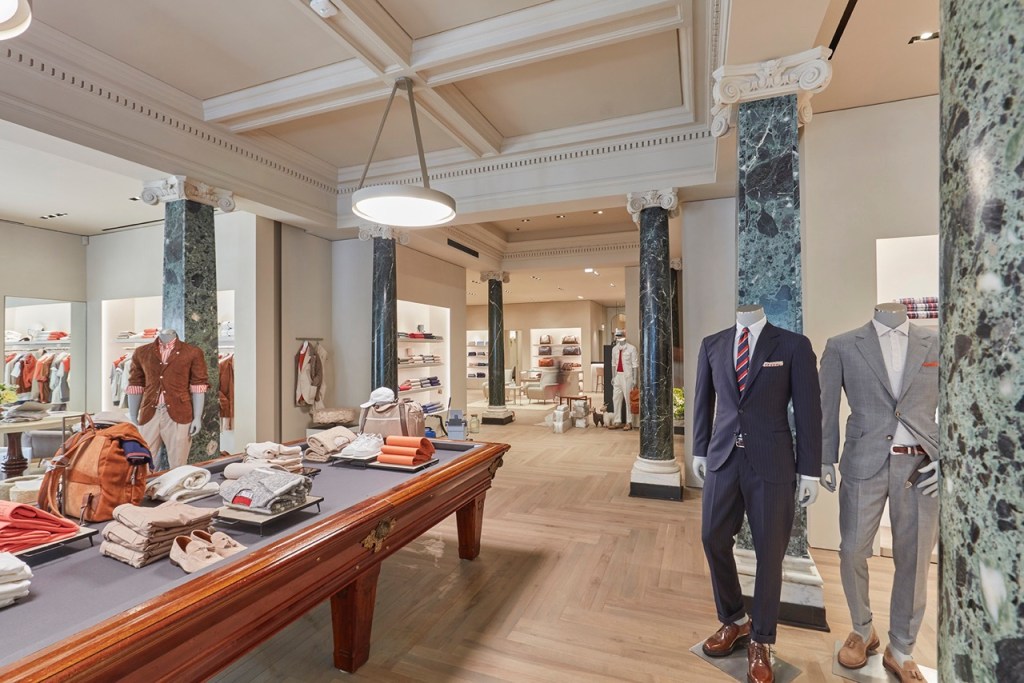 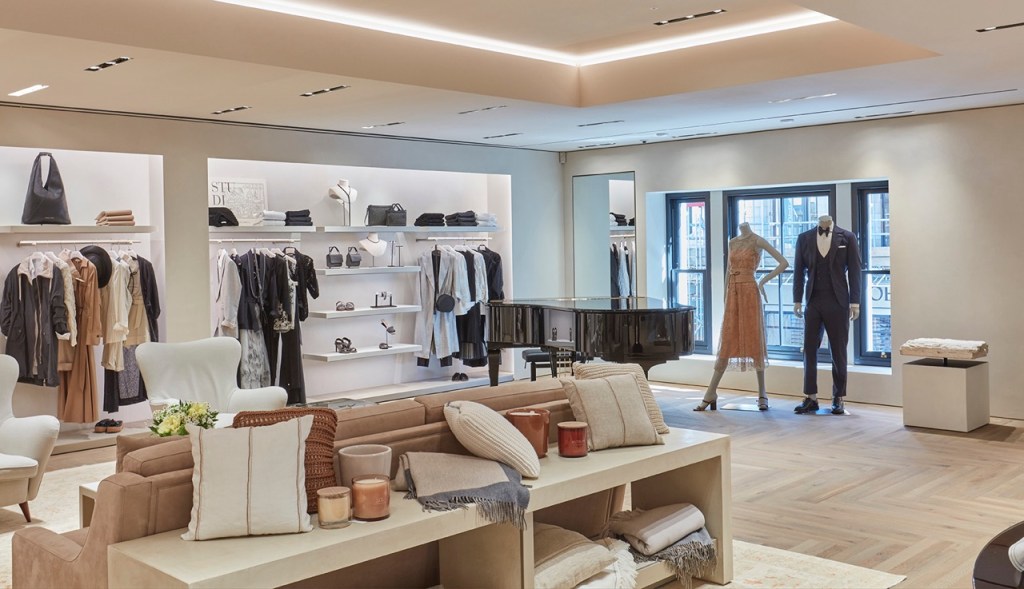 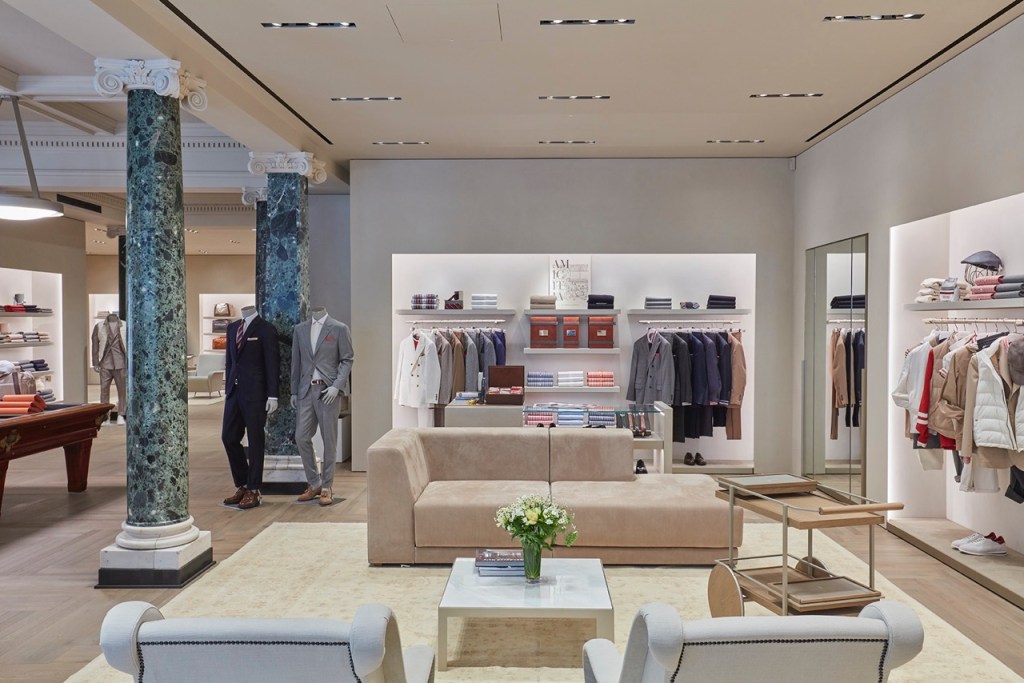 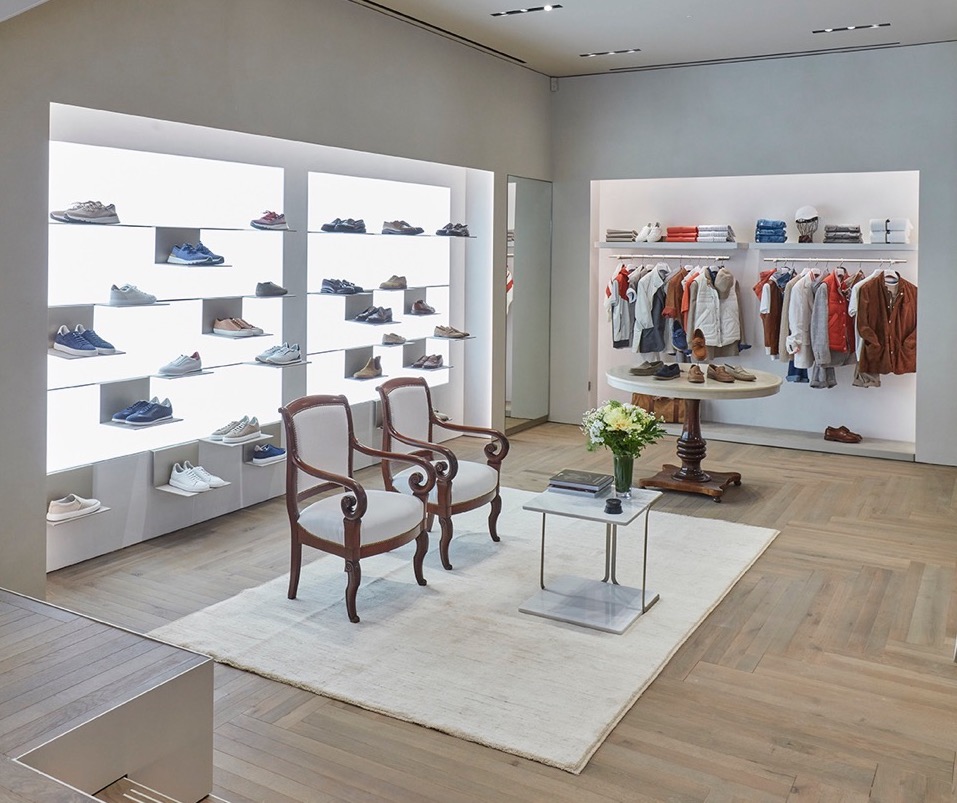 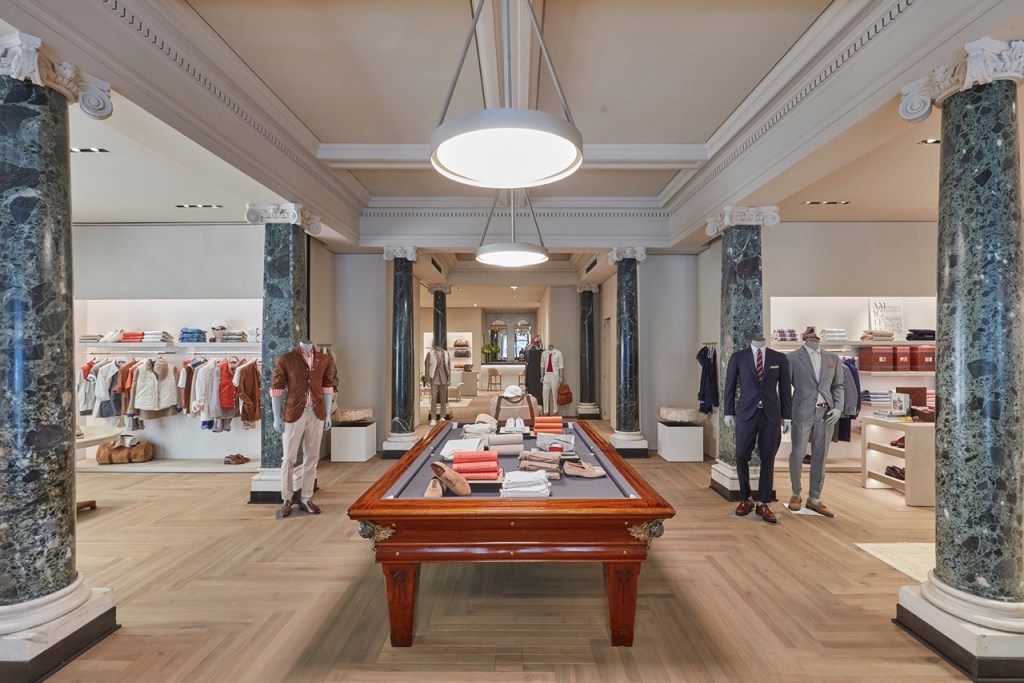 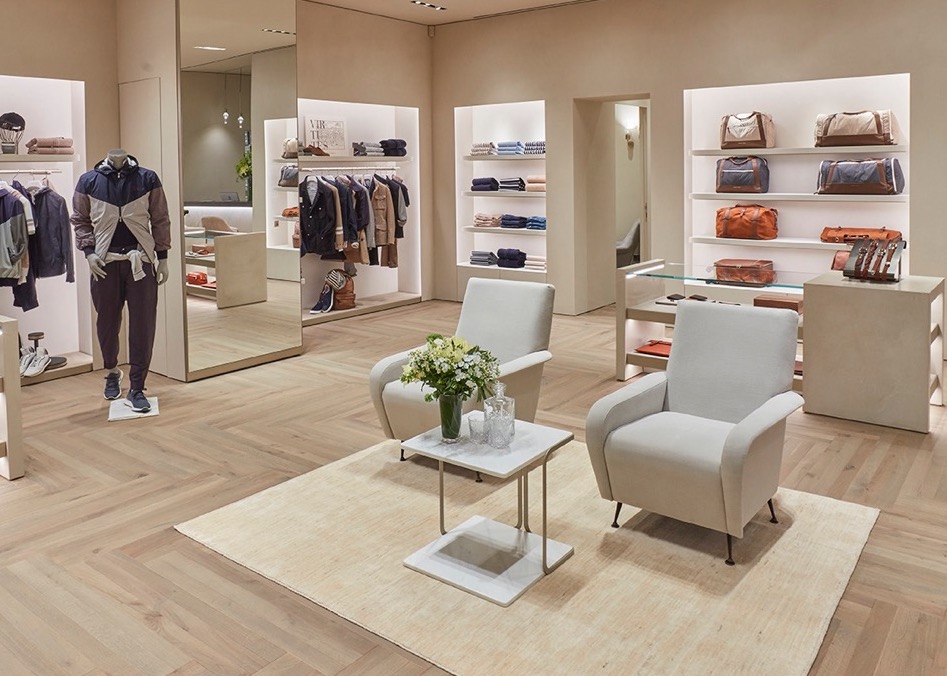 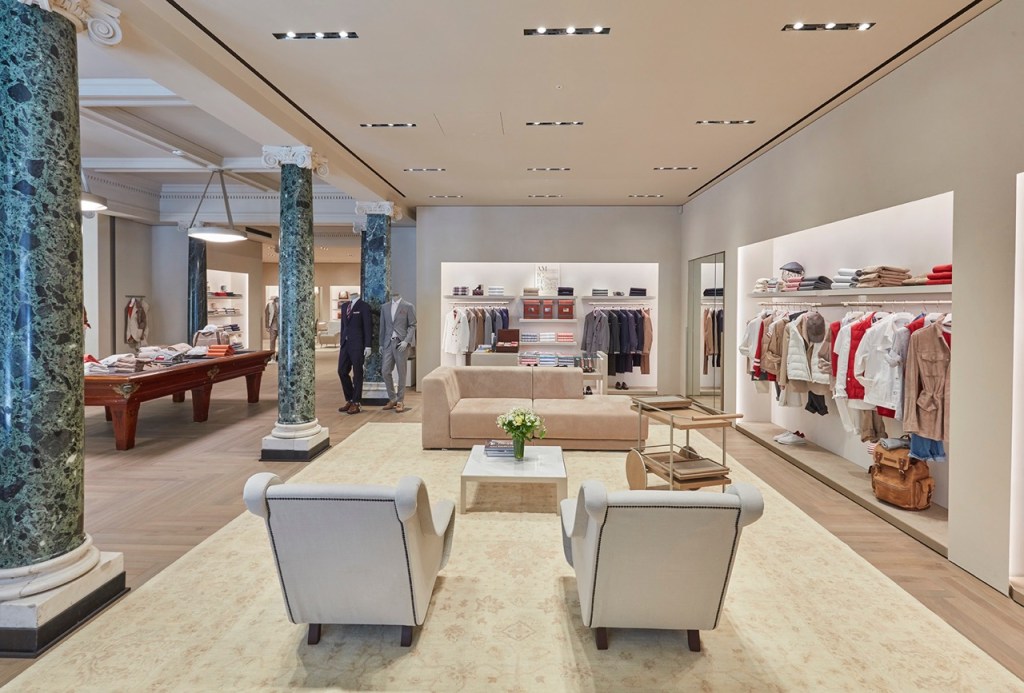 An Expert Guide to Finding, Styling and Maintaining Tailored Trousers