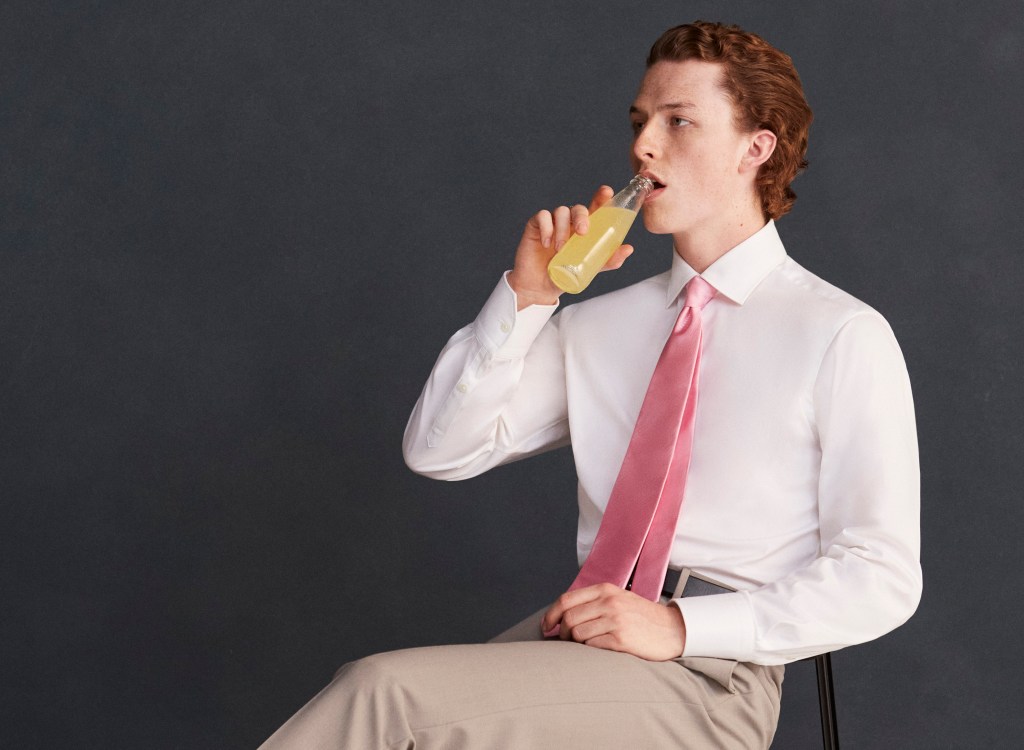 His character’s been banished from the family in the fiction realm from which we all recognise him: but he’s been welcomed into the fold at British shirtmaker Thomas Pink, whose various shirt styles he models with vintage-style trousers and chinos in the LVMH-owned shirtmaker in their latest campaign, shot by photographer Pelle Crépin.

“Harry is the ideal ambassador for Thomas Pink, as he has spent his formative years performing a role on Peaky Blinders in which looking sharp was a big part of the story,” says Dean Gomilsek-Cole – erstwhile Head Of Design for Turnbull And Asser and now Creative Director of Thomas Pink – of the 23-year-old actor.

“In his personal style, too, Harry manages that very British combination of traditional sartorial smartness with an interesting edge. That mix was what we were looking for – when Thomas Pink launched in 1984 this was as our alternative approach to those of the conventional shirtmakers of the time. Today we want to honour that legacy for the shirt wearers of the 21st century, providing great quality and individual style.”

Nippled Bat Suit, Anyone? George Clooney’s, From 1997’s Batman & Robin, Is Up For Auction