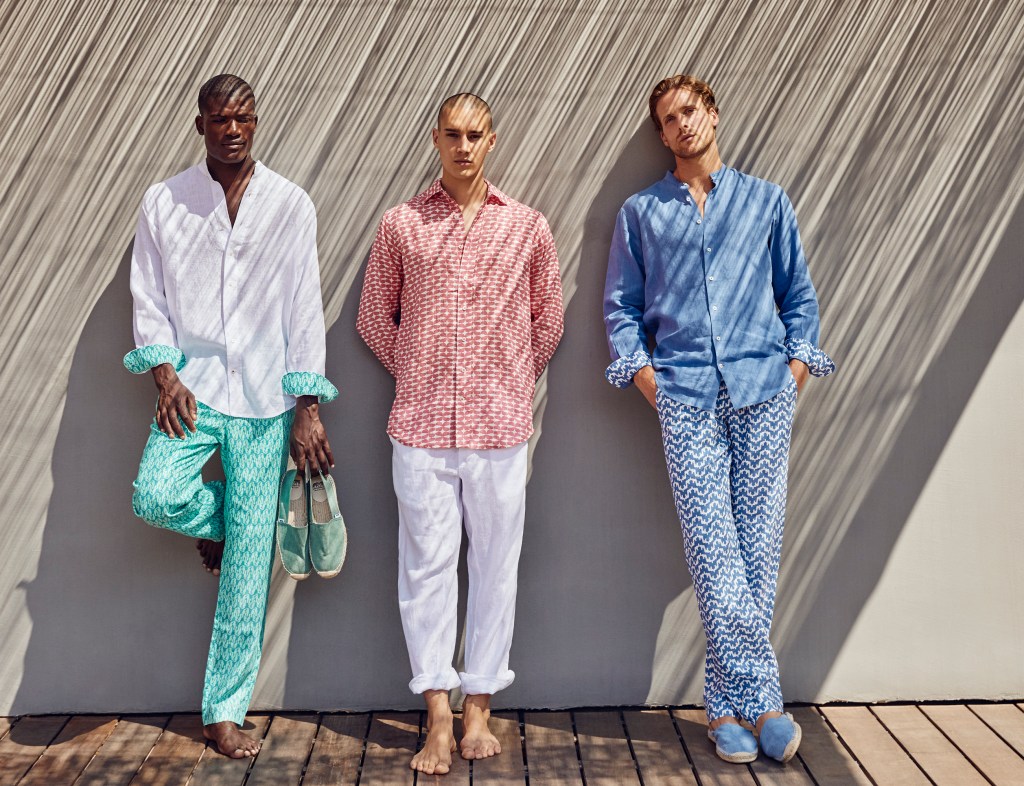 “Corporate social responsibility,” Niall Fitzerald, a Former CEO at Unilever once remarked, “is a hard-edged business decision – not because it is a nice thing to do, or because people are forcing us to do it, but because it is good for our business.”

The prescience of Fitzerald’s sentiments seems to be becoming more glaring with each passing month. CSR goes back at least as far as Gilded-Age industrialists like Rockefeller and Carnegie giving financial support to cultural and scientific institutions – but with consumers increasingly wanting to associate only with brands which are a positive force in society, it isn’t so much a buzz-phrase here in 2022 as a commercial imperative.

So much so that, for many luxury brands now, fighting a good cause is not subordinate to what a company does: it’s totally integral to what that company is. Enter, stage left, Love Brand & Co, a sustainability-focussed, swim and resort wear brand, founded in 2010 by husband-and-wife partners Oliver and Rose Tomalin.

Love Brand & Co’s focus on environmental responsibility ticks the usual boxes: natural fabrics with sustainable provenance such as Global Organic Textile Standard-certified organic linen, hemp and organic cotton among them. Its efforts with conservation, though, are far more singular. From the start, the brand has donated a percentage of revenue (rather than profit, crucially) to initiatives which help wild elephants and other endangered species. This lead to the brand’s inaugural commercial swimwear concept being called, jauntily, “Trunks for Trunks”.

Speaking to Robb Report UK in Love Brand & Co’s beach-bar style boutique just off the Fulham Road, Oliver Tomlin says that the catalyst for the brand’s conservation impetus came the same year as its founding: his attendance of Elephant Parade London, the exhibition which saw 250 elephant sculptures decorated by the likes of Marc Quinn, Lulu Guinness and Diane von Furstenberg displayed all over the capital before being sold off at a celebrity auction resulting in over £4 million and the purchase of a vital area for elephant habitat in Kerala.

“It really captured my attention, not just as a want-to-be artist and an architect graduate, but in terms of the core message that came with it: that elephants could be extinct in our lifetime,” he says. “That’s what struck a chord. There and then, I just had to find out who was behind the initiative, and went and knocked on the charity’s door and said, ‘I’ve got this idea to create a brand and I want to dedicate it to your cause and make sure that elephants don’t go extinct on our watch.’ Then the line ‘Trunks for Trunks’ came to me – a eureka moment where I realised that, maybe, these two previously completely unrelated things could actually be combined in a new way, playfully, to positive effect.”

Love Brand & Co’s trunk-print swim shorts and linen shirts remain popular staples in a sartorial repertoire that also includes brightly-hued polos, t-shirts and linen trousers (guys who go for espadrilles over loafers as their summer staple should also make a beeline to the Chelsea boutique).

London-based, the brand may be, but the clothing evokes the Mediterranean life aquatic

Meanwhile, brand is always on the lookout for other conservation organisations to be involved with. These include WildAid, and the shark sanctuary it built in The Bahamas in 2011, and a non-profit called Elephant Family, which is working on a project called ‘Helping Dulu’ addressing deaths caused by human-elephant conflicts. “The whole idea is to promote and raise awareness for human-elephant co-existence,” says Tomalin. “They do these amazing projects there like planting what the elephants want – banana trees and jackfruit – near where their plantations or where their farms are purposefully, so they’re not trampling on crops or raiding tea plantations.”

As well as effective conservation initiatives to become involved with, Tomalin – who designs all of the brand’s garment prints himself – is always on the lookout for artistic inspiration. “I just keep my ears and eyes open for ideas everywhere I go and they come to me,” he says. “The actual seed of an idea can come at any time. Recently, we were at Thyme Hotel, in the Cotswolds, walking in the fields there and the owners of the hotel were telling me how these wonderful reed warblers would come to these water meadows to have offspring and then they would migrate all the way back to Africa.

“It made me think about how connected the world is – you can be in this little corner of the Cotswolds and actually be connected to the plains of Africa. I immediately started sketching a bird that could take on that narrative of that migration and the whole world being connected. After doing Love Brand for 10 years, I’ve become quite attuned to when a good idea is there.”

The pandemic, Tomalin says – at the start of which, lest we forget, we saw Bentley supplying face shields to care homes and brands such as Burberry, Mulberry and Turnbull & Asser helping out with the manufacture of PPE equipment – has accelerated the luxury world’s wish to tread a kinder path. “It’s one of the silver linings of the pandemic is that people are just more aware of how fragile the world is,” he says. “WildAid are even working on is how to avoid the next pandemic, as this one is directly linked with the illegal wildlife trade.

“Younger people really connect with the idea of giving back. They know what a BCorp is, and want to know whether companies can balance purpose and profit; they know that a T-shirt’s not just a T-shirt – how is it made, what’s it made from? They really buy into the fact that it’s cool to give back and to care. If things can be made as mindfully and as eco-consciously as possible and also be a tool to doing further good, then it becomes an even cooler T-shirt than just a something that’s covering your torso.”