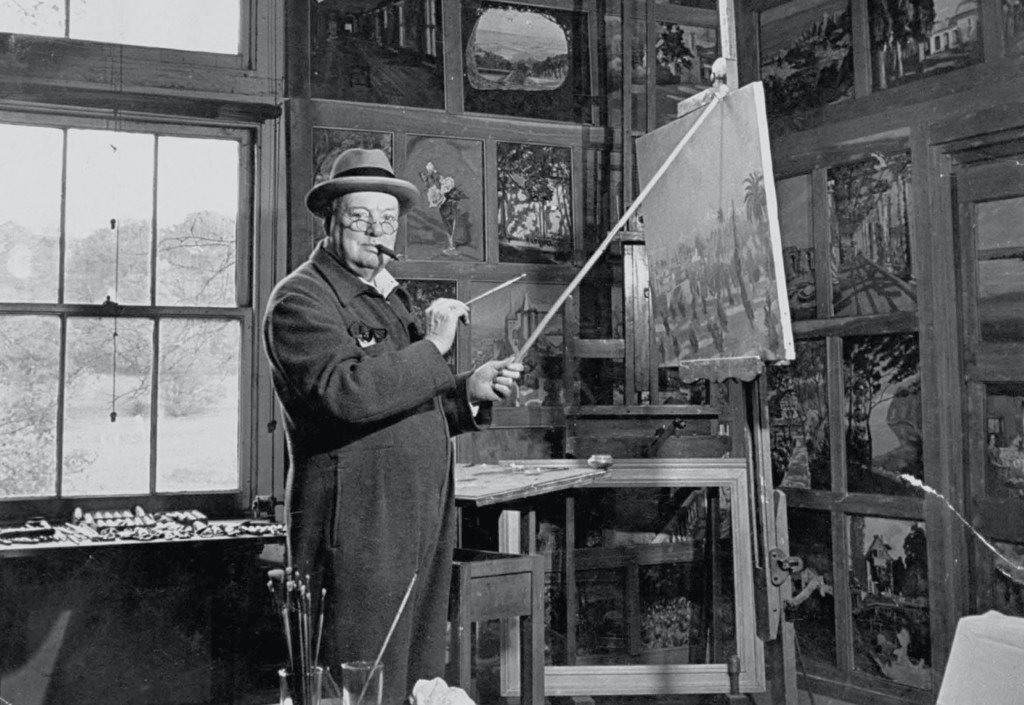 The luxury fashion brands’ response to coronavirus is well-documented – with Giorgio Armani, Ralph Lauren Donatella Versace and LVMH all among those doing their bit to alleviate a growing global crisis – so it seems timely to look back on how UK menswear brands threw their hats into the ring, so to speak, when it came to the two world wars of last century.

The most visually memorable piece of wartime apparel provision came from Turnbull & Asser (the Jermyn Street outfitter has, incidentally, just announced plans to set up a limited production line at their Gloucester workroom to produce scrubs for the NHS frontline staff): the siren, or “romper” suits, often pinstriped but in a variety of colours and materials including green velvet, which Winston Churchill (see main pic) would accompany with a homburg hat and python slippers.

E.B. Meyrowitz, meanwhile, produced a large proportion of the flying goggles used by pilots in the RAF and the US Air Force during the war, and Lock & Co. Hatters  had a single cap-maker – “Mr Block” who – occupied a space at the back of the shop, making headwear for servicemen during both World Wars. World War I soldiers would buy their metal helmets for battle from hatters on Piccadilly, then come into Lock & Co. to get them conformed and leather fitments put inside. 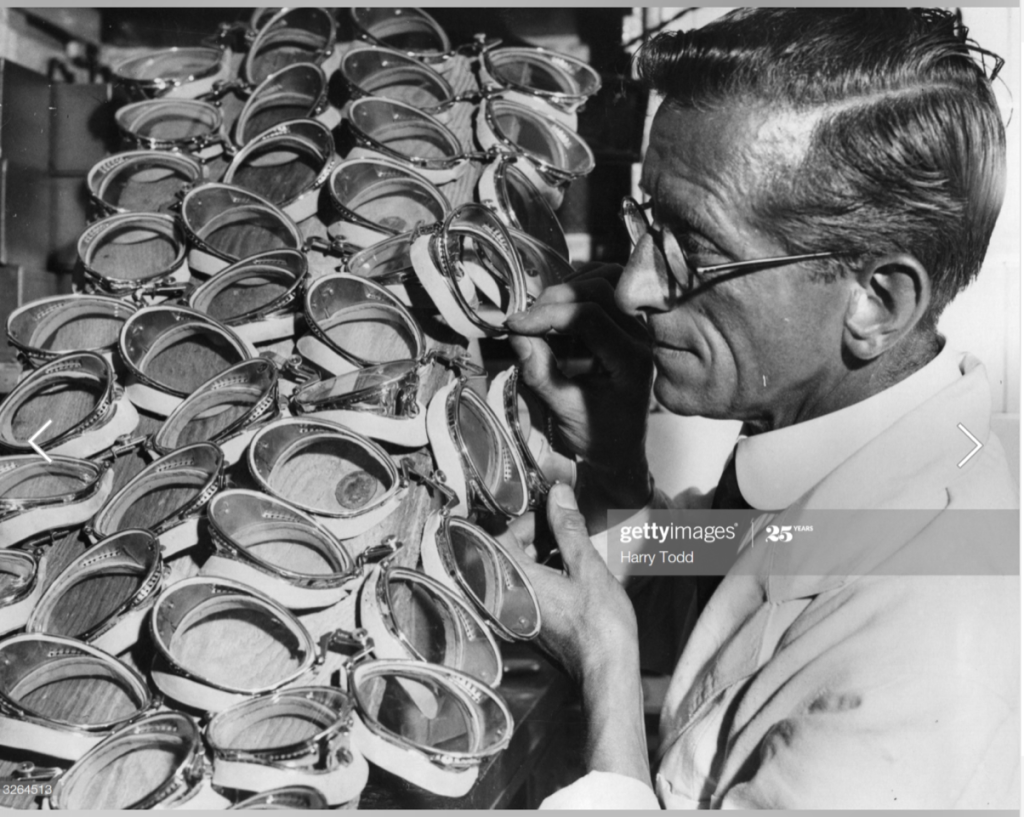 As for tailoring, anyone who has glanced upwards from the ground floor level at Gieves & Hawkes, at the array of apparel on display on the mezzanine floor, is aware of the military credentials of a house whose historical client list includes the Duke of Wellington and Admiral Lord Nelson (Hawkes, one of the two companies that today are united at Number One Savile Row, developed a cork helmet to deal with the unsuitability of the brass helmets in hot weather countries in the 19th Century, as well as suppling accoutrements to colonels for the Napoleonic Wars).

Gieves, meanwhile, shortly before World War I, developed a comprehensive telegraphic code, which not only facilitated orders from serving officers but also included the possibility for news to be passed on to their relatives. Also in The Great War, Gieves decided to waive the accounts of officers who had died on active service and patented a waistcoat which incorporated an inflatable life belt, which was used at the Battle of Jutland off Crete in 1915, when the liner S.S.Persia was torpedoed by a U-Boot (the 2nd Lord Montagu of Beaulieu was among those who came to owe their life to the innovation). The house, during World War II, also developed a naval reefer button that, when unscrewed, revealed a small compass, and are also credited with lining their naval reefers with maps of occupied Europe. 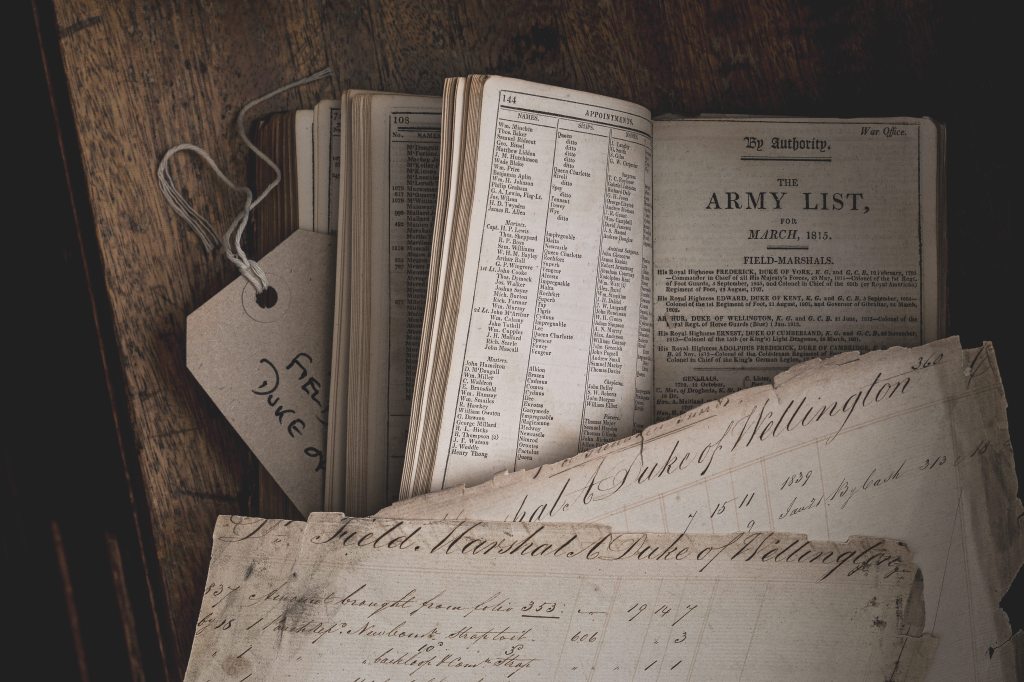 During both world wars, Crockett & Jones manufactured shoes and boots 3,493,956 in the First World War alone. “The number of women working in the Northamptonshire factory increased dramatically, not only due to the large orders for officer shoes and boots, but because the number of men that were involved in the war effort switched household responsibilities,” says James Fox, Brand Director of Crockett & Jones.  “This was also around the same time that Crockett & Jones introduced the Goodyear-welted stitching machine into production which rapidly increased the factory’s flow and output.”

One of the sadder points documented by NMAG (Northampton Museum and Art Gallery), notes Fox, was the loss of management and factory operatives during the war, as well as “the number of men that returned from the war with very different outlooks on life. This affected the industry, and in some cases a lost generation of future management and shoe manufacturers.” 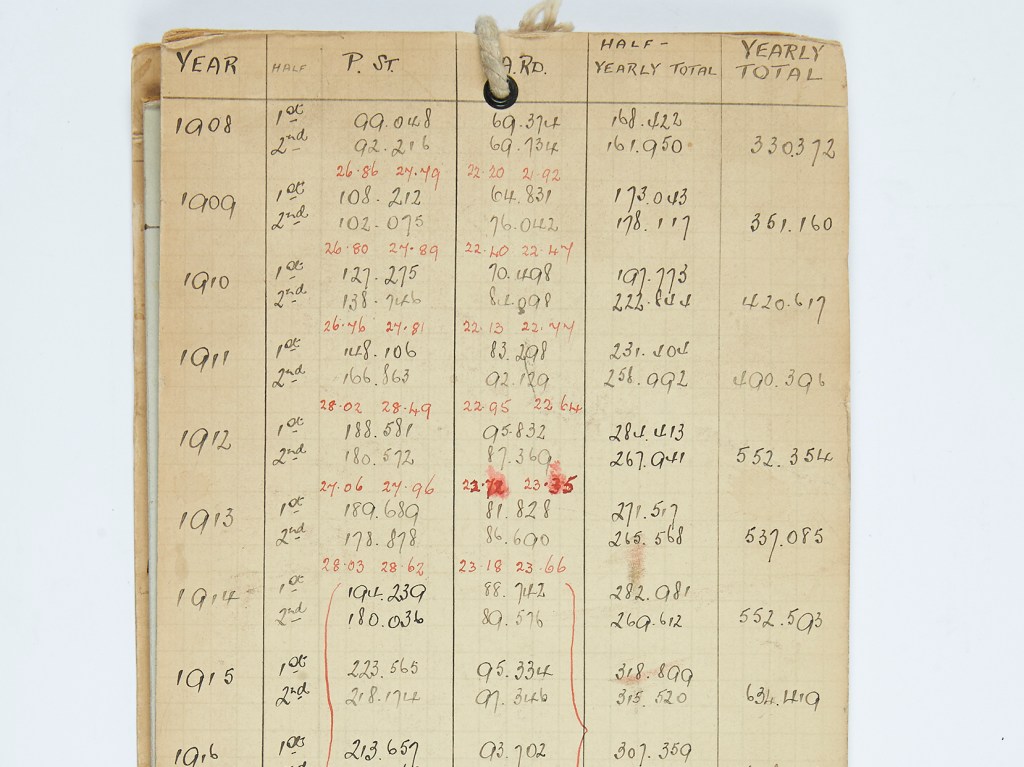 As for the impact of the COVID19 crises will have on our business and industry, Fox is optimistic: “We’ve always believed in our customers, who have put great faith in Crockett & Jones for deeper rooted reasons than aesthetics,” he says. “Those customers will remain and once the world returns to work and the economic cogs begin to turn once again, our customers will come back and we will welcome them with open arms.”

We’re hopeful – and confident – that the sentiment applies more widely, when it comes to our nation’s illustrious outfitters.