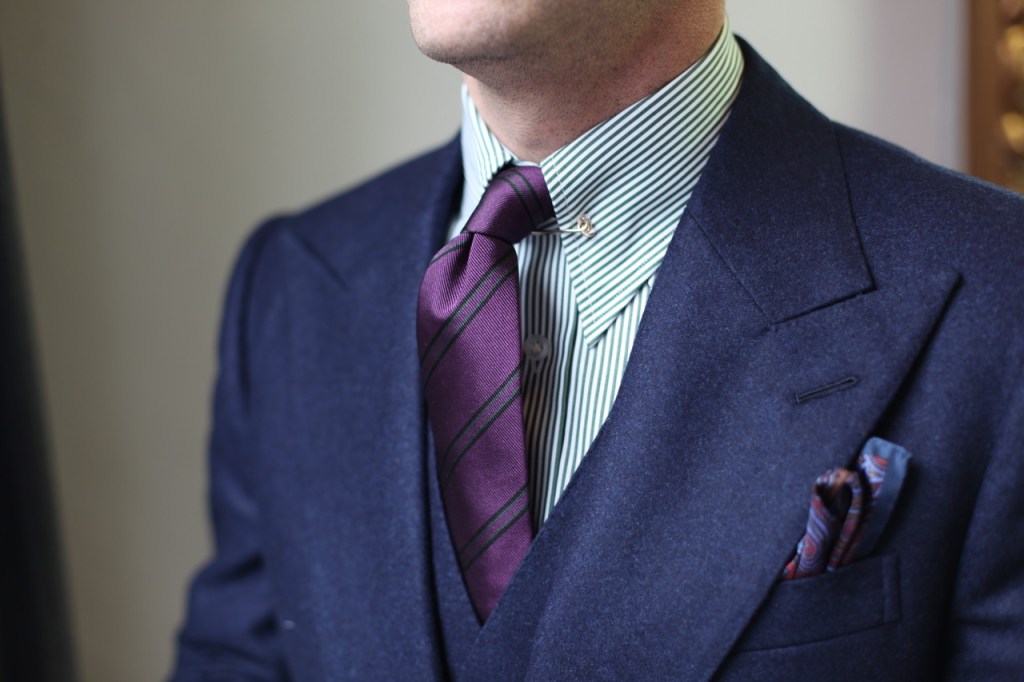 If you have an interest in clothes, the name Edward Sexton – a man whose half-century-long career has earned him a reputation as one of the most technically gifted bespoke tailors in the world – should ring more than a faint bell.

His story is complex, but he first shot to fame as one half of maverick ’70s tailoring house, Nutter’s of Savile Row. With his partner, Tommy Nutter, Sexton was responsible for transforming the identity of the Row: what was a crusty and closed street in the backend of Mayfair became a destination for rock stars, tycoons and celebrities seeking to own a little piece of the radically different ‘Nutter’s look’.

The look emphasised sex appeal at a time when the suit was a staid, establishmentarian uniform. “Savile Row in the ’60s was cutting tired ‘semi-drape’ business suits,” Sexton explains. “We took all the drape out of our garments, cutting slim chests and hourglass waists, long sexy jackets with narrow but strong shoulders, and tight trousers with parallel legs that looked like flares. It was all about the shoulders, waist and hips. We used broad lapels and bold checked fabrics to contour our customers’ bodies, too.”

Nutter’s threw open its doors on Valentine’s Day 1969, and within months of opening if you wanted to “look the nuts”, that’s where you went. Sexton cut the suits The Beatles wear on the Abbey Road album cover; he made Mick and Bianca Jagger’s wedding suits, and Elton John’s piano-back jackets, and tailored jump suits for John Lennon and Yoko Ono. You get the picture – Sexton’s client list isn’t filled with any old so-and-sos.

Walk up the unassuming stairs and into the front room of his Knightsbridge studio these days (edwardsexton.co.uk), and you’ll be greeted with half-a-dozen immaculate mannequins, a floor length mirror and the chatter of the workshop next door. Sexton, a small, slim man with a shock of silver hair, greets me with his customary “Alright, son?” He’s wearing a trim chocolate-brown Donegal two-piece with sharp peaked lapels, a navy roll-neck and bright yellow braces. He lights up a cigarette with a flourish.

“The word ‘designer’ is used far too loosely nowadays,” he says, leaning back into a grey flannel armchair. “In my day, we were simply ‘master tailors’, but we had vision. We sketched every design and had total control over the making process. Today, too many fashion designers sketch their work, but have no understanding of pattern making. Something gets lost in translation when you pass your work to a technician or a factory.” 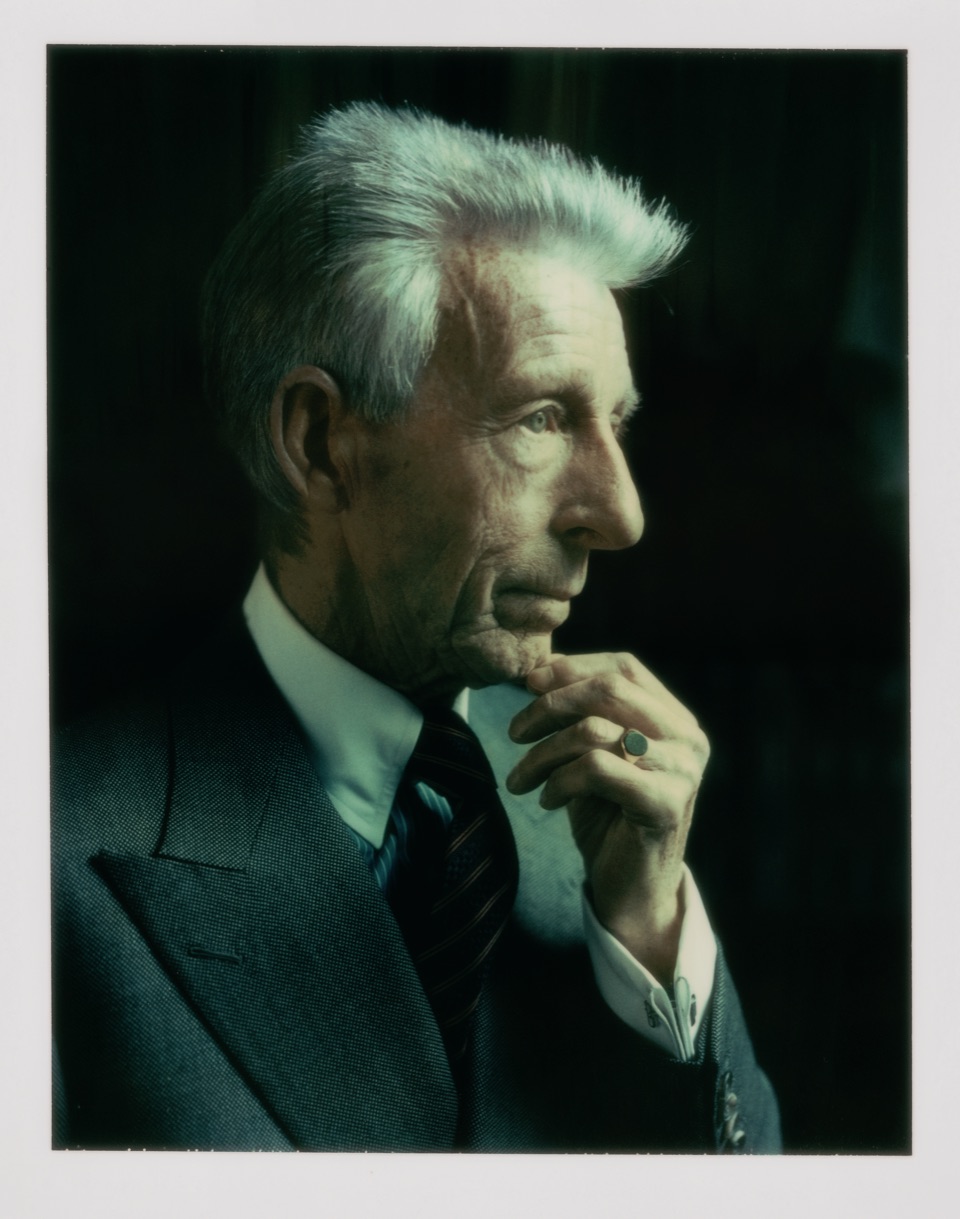 Unlike other tailors, whose tape measures lead the fitting process, Sexton uses his hands, feeling his way through the customer’s figure, as well as measuring it. “My hands sense information that a tape measure won’t pick up,” Sexton explains. “When we slip a fitting on you, I can feel loose fabric somewhere, or pressure points. I can look at your height and where the waist is hitting you, feel the curvature of your spine, or if one hip is higher or bigger than the other. My eyes aren’t going to tell me ‘This guy’s got big collar bones’ or ‘This guy’s got a very sharp shoulder blade’, both of which will create problems when I’m cutting and shaping the collar. The tape measure then confirms what my hands have already told me.”

Bespoke tailors like Sexton, who make their clothes in-house, also have to develop an instinct for the way different fabrics behave. Some stretch as they’re worked by tailors, others can shrink under the heat of a steam iron. To use tailoring parlance, some are ‘spongy’, some ‘crispy’ and others ‘slippery’. Each will need treating differently in the craftsman’s hands. Sexton has long since wised up to this. “Even as the first fitting’s being prepared, I ask my coat-makers to check the garment’s measurements against my own, so we’ll bring the fabric forward or back to a certain part of the pattern if we need to.” This picks up any tiny changes in the cloth’s character that may have occurred during the making. “It’s not a blame game – my name is on this suit. The buck stops with me.”

The tailor to rock and roll’s great-and-good often talks of his principle of “Romancing the garment”, or “The finer points of dress”.  “When I got into clothes, I loved the black-and-white Hollywood movies of the 30s and 40s,” he says. “I love the art deco look with its pinned shirt collars and long, leafy lines; the way the shirt and tie express themselves against a suit with masculine shoulders and a very elegant waist. Our tailoring is still informed by that look today. When we talk about ‘romancing’ we’re trying to help clients to make a suit even more special than it is. We advise him on styling, and get him wearing shirts, ties and shoes that complement our work.”

That’s the Sexton magic: he works to the technical stipulations of a nanoscientist, but has an instinct for styling that could challenge that of Beau Brummell. “You start with nothing, and you work with a body and a set of measurements,” he says. “Although you can measure two 40-inch chests, they can be attached to totally different bodies. I think of my work in terms of creating and concealing; it’s about designing the illusion of the perfect figure, and making something that complements the personality of my clients.

“I’m there to make you look sexier, sharper and more sophisticated than you really are,” he grins. “Just don’t tell anyone how we do it.” 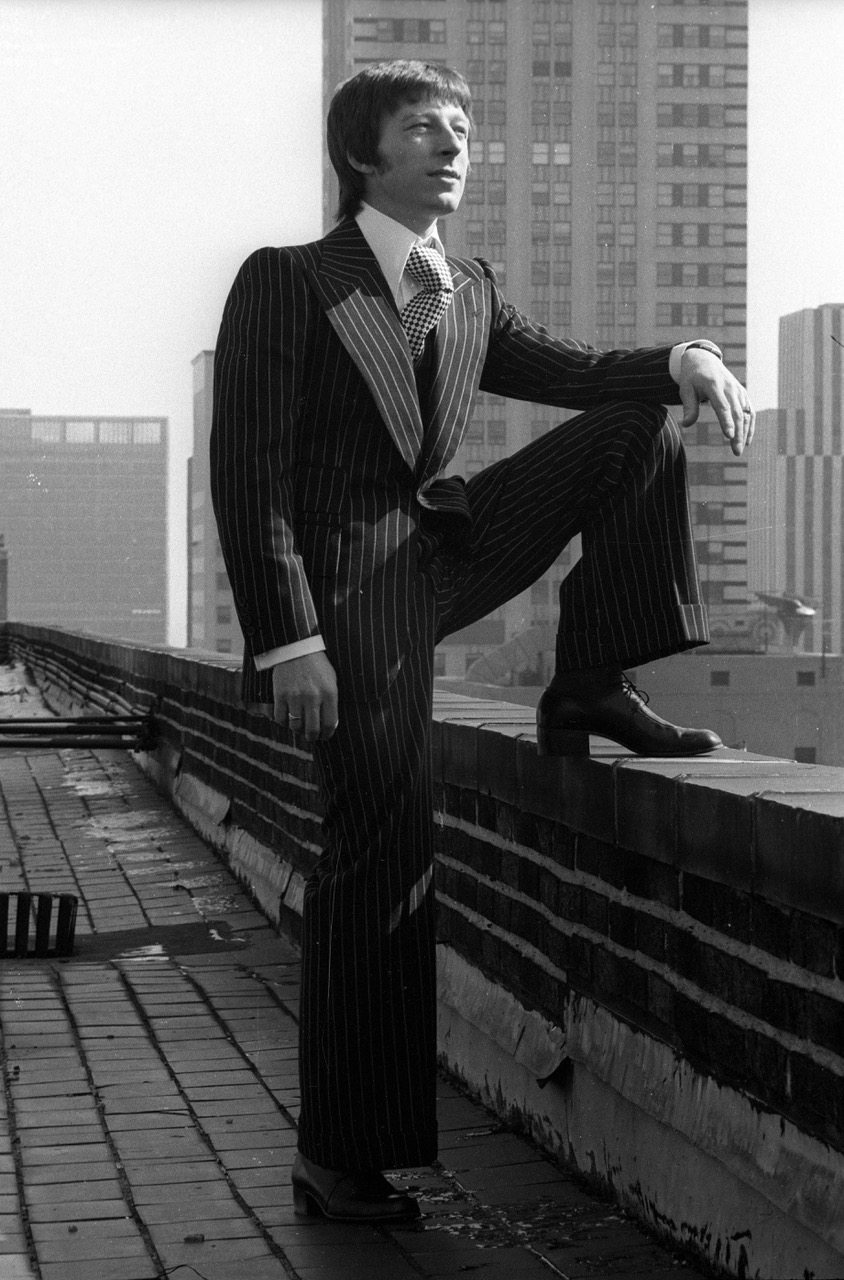