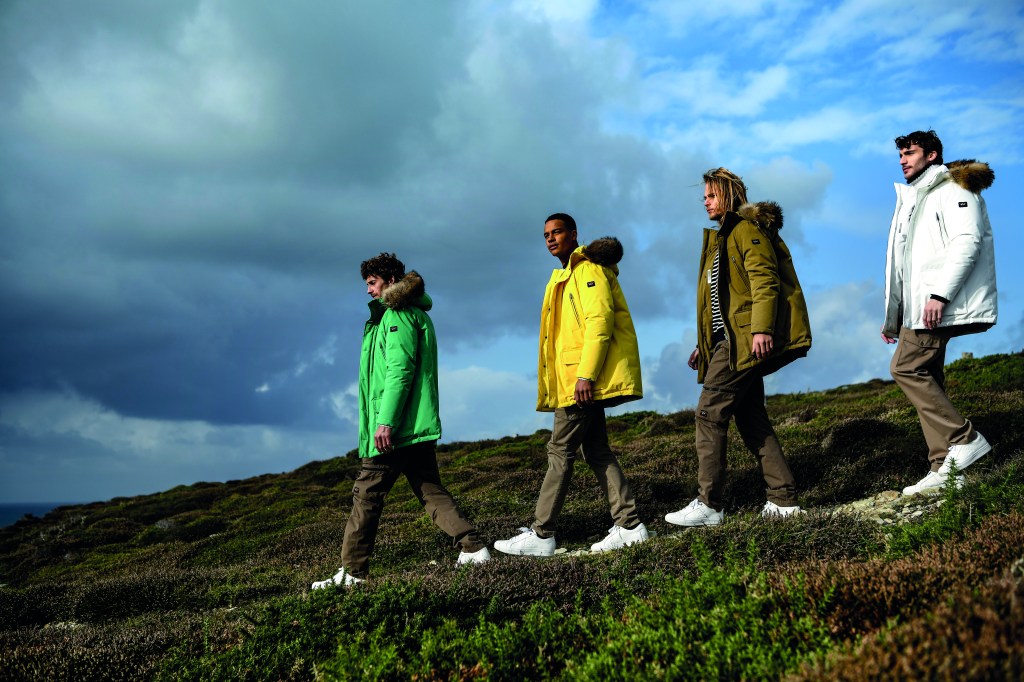 Technological smarts, performance, protection, craftsmanship, heritage, aesthetics – there’s plenty about the strikingly high-quality apparel of Paul & Shark to distinguish it within the luxury clothing market. But modern consumers of haute menswear want something more: namely sustainability, ecological credentials and other such traits which make buying the very best an environmentally conscientious decision as well as a stylistic and practical one. That would be giving back to the ocean in the sense of taking something from it, when it comes to Typhoon 20000, a range of outerwear from a brand which also supports marine ecosystem initiative Shark Trust, and which has always prioritised sustainable raw materials and technologies that enhance efficiency in water and reduce energy consumption.

The products in Typhoon 20000, part of Paul & Shark’s broader “Save The Sea” campaign, are not just recycled – they’re specifically recycled from polyester filaments extracted from the 150 million metric tonnes of plastic currently estimated to be circulating the world’s marine environments. 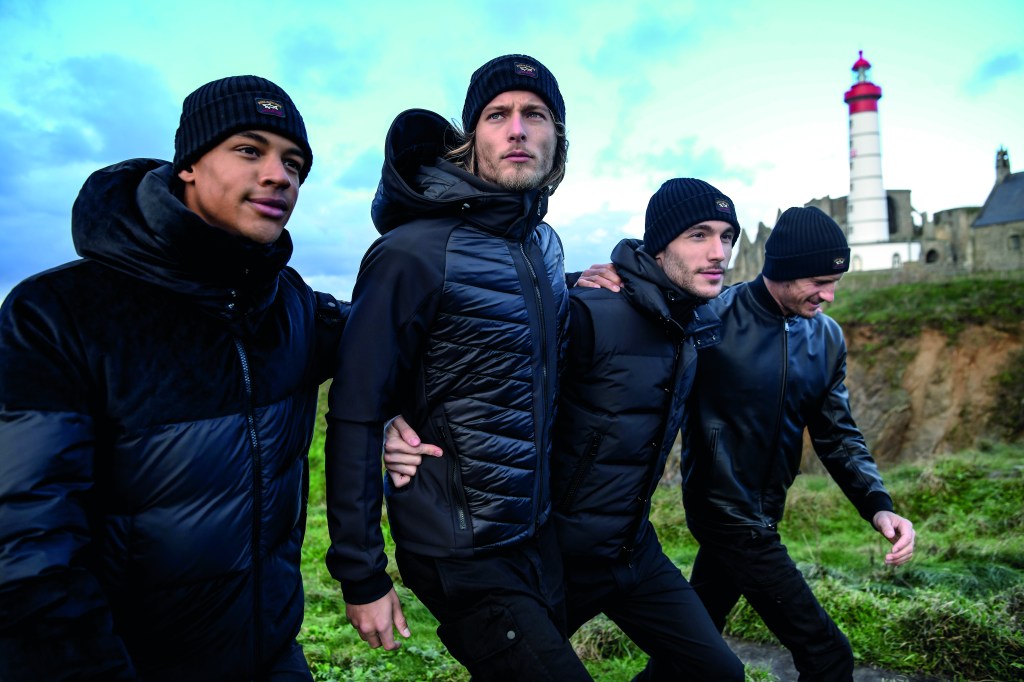 The Save The Sea garments include a parka jacket in red (£780) with four voluminous front pockets, dual zip fastening and a studded, weather-cheating storm flap; a sky blue medium logo badge jacket (£780) featuring a stand collar whose full storm flap conceals its zip fastening; an overshirt in “army” hue (£500) with classic collar and secure zip fastening; a black, mid-length raincoat with classic collar and quilted lining; jackets in black and blue with snug stand collars (£635); and logo badge jackets in red, blue and “army” (£500) with dual zip fastening and secure storm flaps for harsher conditions.

Drawing on Paul & Shark’s considerable performance heritage, all the Typhoon 20000 garments are made from the label’s pioneering range of technical fabrics that remain waterproof and windproof in the most tempestuous of conditions, and also boast an ultra-soft outer membrane that stops water droplets penetrating the fabric while still ensuring maximum breathability – and therefore comfort. 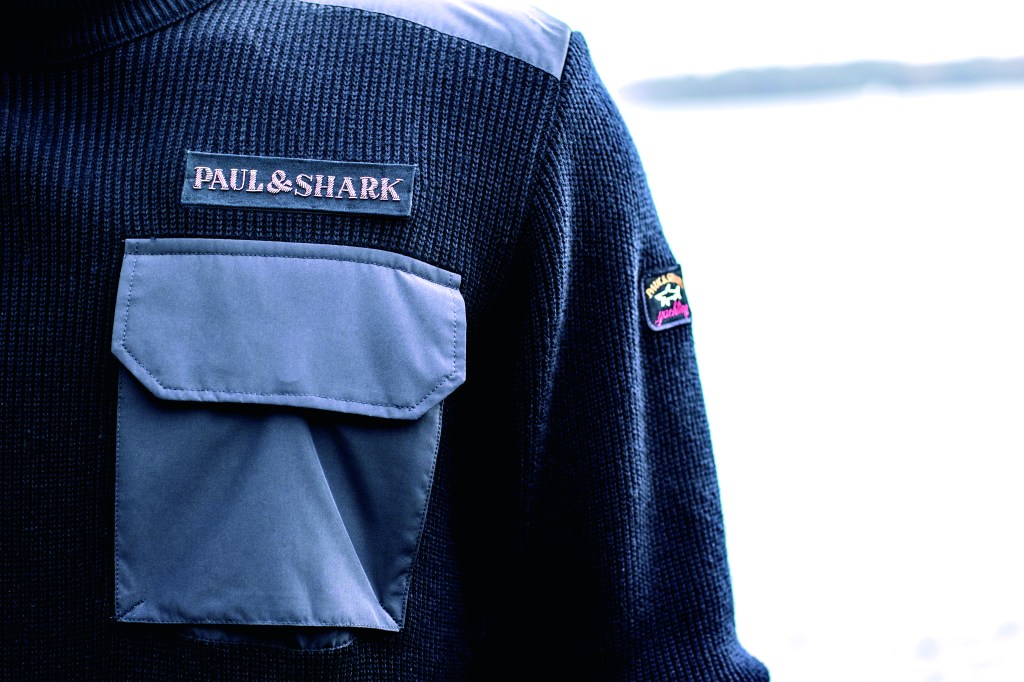 Being perfect for pursuits on the very ocean Paul & Shark are seeking to help protect, but also investment outerwear for urban dwellers who favour an ultra-functional, sporty aesthetic when it comes to layering, Typhoon 20000 complements the range of padded jackets, sweaters, sweatshirts, scarves and beanies that exists elsewhere in Paul & Shark’s Autumn/Winter 2020 collection admirably. Indeed, the entire repertoire of apparel bearing that increasingly iconic shark motif, to be found on the brand’s site, is well worth perusing if you fancy injecting some sportier flavours to your sartorial repertoire this winter.

People opting for anything from Paul & Shark’s Save The Sea campaign can do so safe in the knowledge that what they’re wearing has been turned from marine debris into something technically, functionally and visually stunning; meanwhile, with the brand’s Second Life campaign, Paul & Shark – having honoured it’s sustainability commitment by producing over 50 per cent of its Autumn/Winter collection from sustainable sources – is turning its attention to waste reduction. The newly launched Second Life (paulandshark.com) project sees them offer to hand repair any item that isn’t up to scratch, thus eliminating waste and reducing the harmful effect of fast fashion. Clothing should, of course, feel good in a physical sense – but this is a brand that has cottoned on to the need for it to feel good in a moral sense too.

See below for more of Paul & Shark’s latest garments. 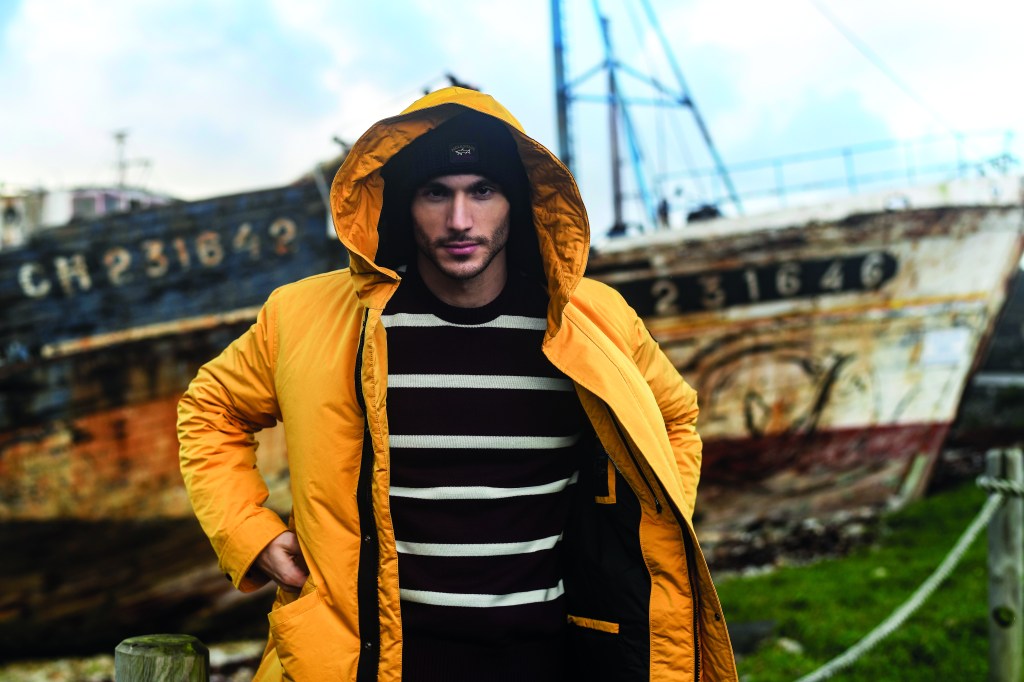 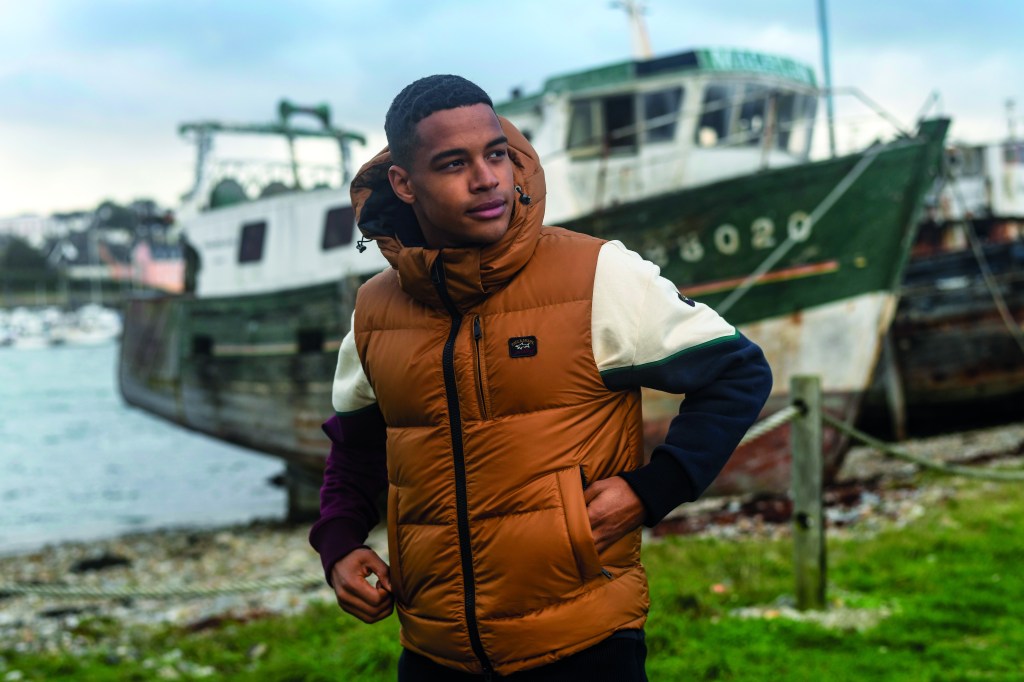 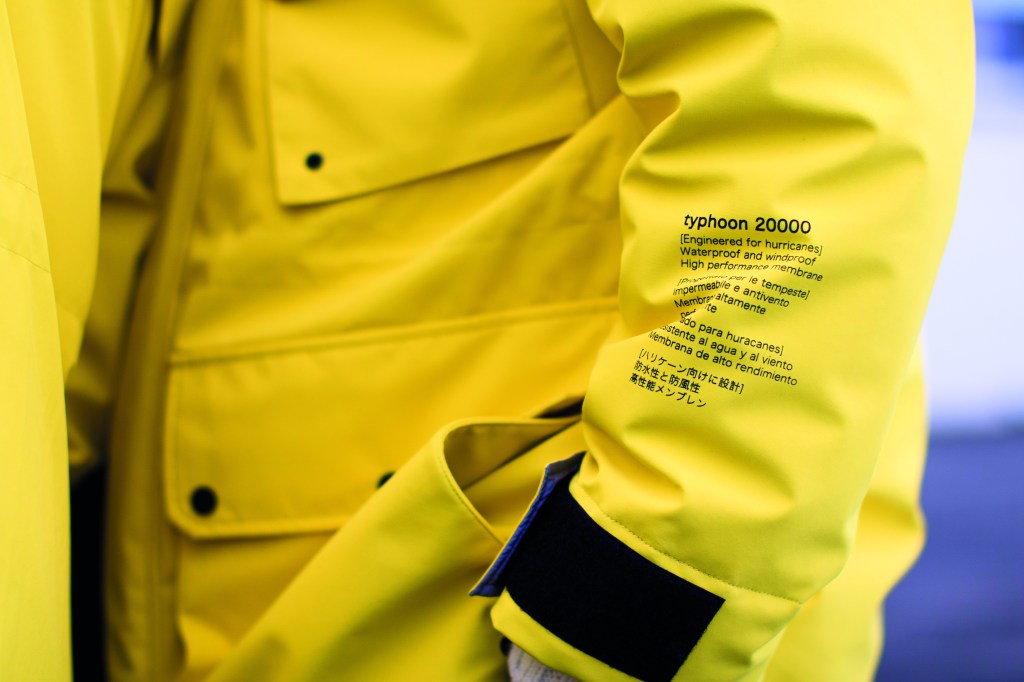 The brand’s ‘Typhoon’ jackets could easily withstand one 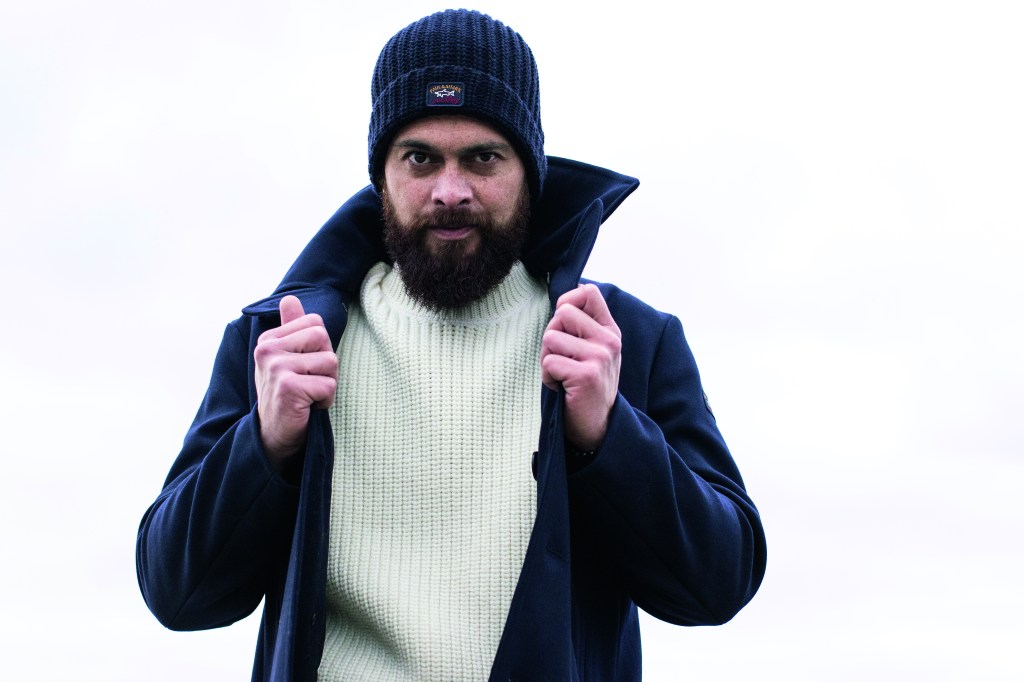 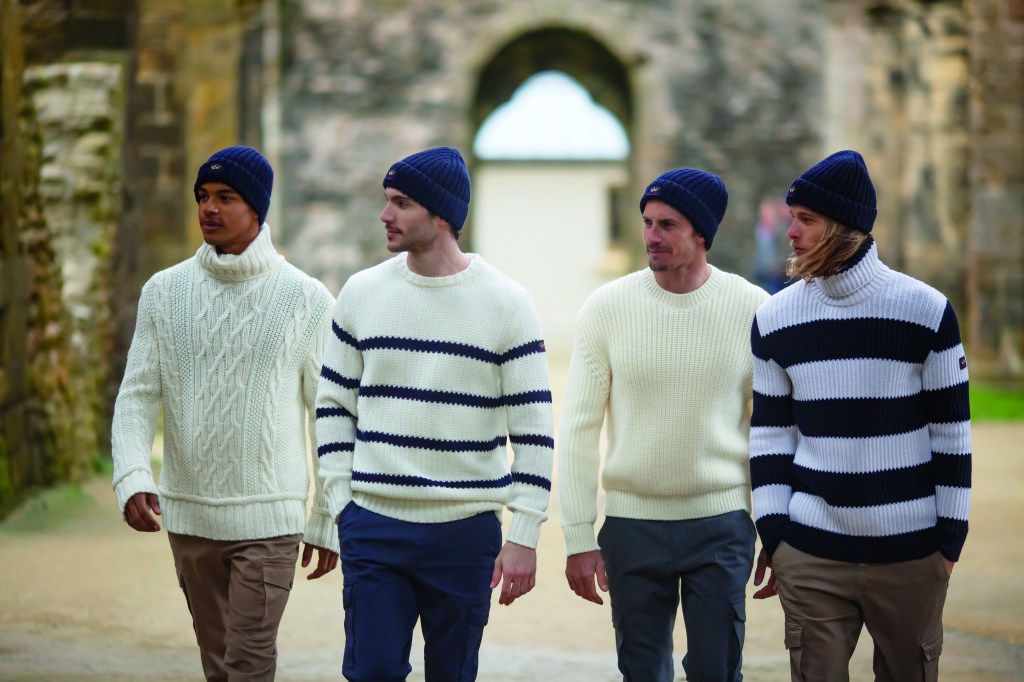