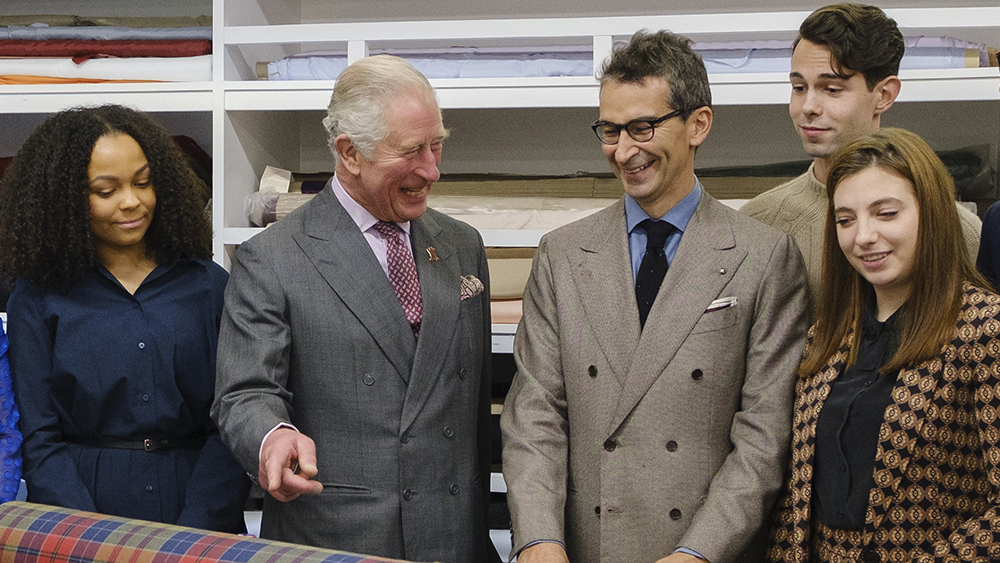 In a big vote for sustainable fashion, Prince Charles—you know, the future king of England—is partnering with the Yoox Net-a-Porter group to develop a line of eco-friendly luxury clothing for men and women. The project, called The Modern Artisan, has brought together talented young artisans from Britain and Italy to produce a 15-piece capsule collection that’s set to debut in mid-2020. The entire collection will be available across the YNAP network of e-commerce sites (which includes Mr Porter, Net-a-Porter and The Outnet), in time for next Autumn.

The truly international partnership is offering both teams an in-depth training programme. While the Italian side works on the design of the capsule collection, the British team will spend four months studying and researching sustainable craftsmanship techniques. Specifically, they’ll develop the expertise to handle wool, cashmere and silk in a way that will appeal to luxury shoppers while still maintaining the eco-friendly foundations of the program.

“At The Prince’s Foundation, we deliver education programmes to thousands of people every year inspired by the vision of HRH The Prince of Wales,” said Jacqueline Farrell, the foundation’s education director, in a statement. “This project is the culmination of our Future Textiles initiative which starts by giving school pupils an introduction to the textile industry and goes right through to The Modern Artisan project which offers an inspiring progression route to any young person wishing to enter the fashion and textile industry.”

The partnership, announced today, sprung from a meeting the Prince of Wales had with YNAP CEO Federico Marchetti at the company’s London technology hub last year. And it feels like a natural extension of his interests. He’s long been a champion of sustainable initiatives, sponsoring organisations like The Prince’s Rainforest Project to stem the tide of tropical deforestation. But he doesn’t just talk the talk: he began installing solar panels on the roof of Clarence House, his official residence, in 2010.