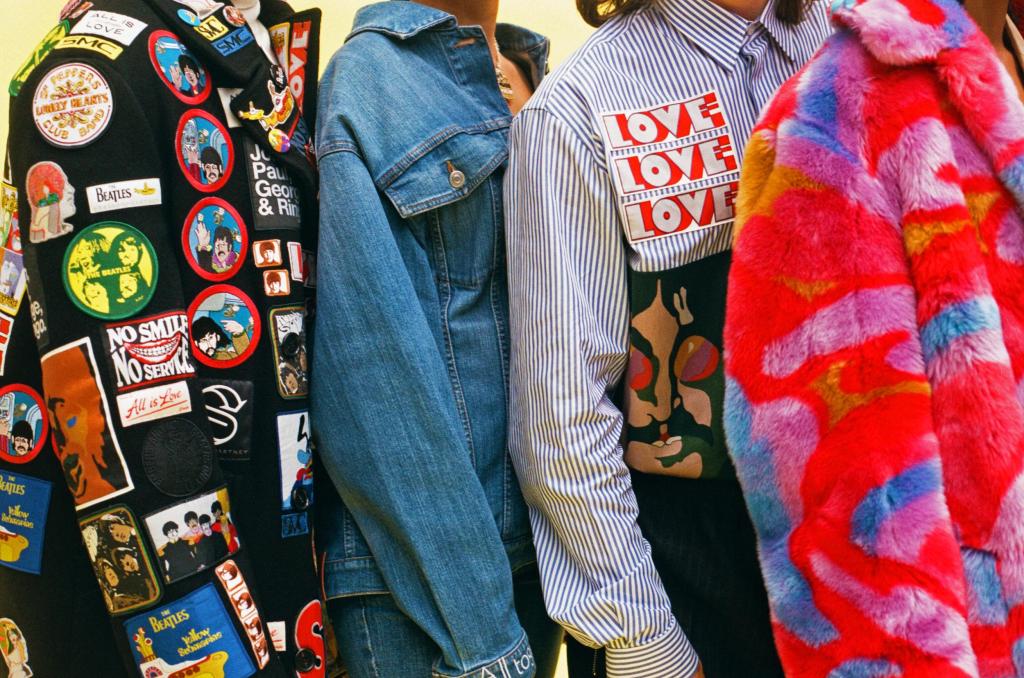 We may not all live in a yellow submarine but, Stella McCartney certainly wants us to dress like we do.

The London-based fashion designer, who won our 2019 Best of the Best Award for Sustainable Practices in Menswear, just released a collection inspired by the classic Beatles film, “Yellow Submarine”. It’s filled with whimsical motifs and messages of peace, love and togetherness straight out of the movie.

While McCartney had seen the film in the past, she told The Guardian that the “All Together Now” collection has been in the works since she attended a screening of the digitally remastered film, along with all of the other Beatles’s children and grandchildren, in honour of its 50th anniversary last year. It was there, watching the kids reacting to the enchanting colours, groovy music, and positive message, that inspiration struck.

“It’s shockingly modern, what those four young guys did,” she said in a statement. “The beauty of the lyrics blows me away. I found that I was removing myself from the fact that it was family, and just finding myself as a fashion designer watching a piece of material that was massively and emotionally effective to me. We pulled apart the music, the lyrics, the psychedelia and the comedy and turned them into something new.”

Musicians Femi Koleoso, left, and Oscar Jerome in the campaign for Stella McCartney’s new All Together Now collection. Semaine

The collection features pieces for men, women and children which are all directly inspired by scenes and concepts from “Yellow Submarine”. Beatles fans will find plenty to add to their wardrobes, including sweaters with pop-art portraits of Paul, John, Ringo and George, coats decorated with scenes from the movie and t-shirts featuring lyrics in multiple languages. There’s even a pair of dashing trousers with an abstract print featuring the Beatles’ faces.

British singer-songwriter Billie Eilish was the first person to don pieces from the collection; she wore a custom set during the recent Glastonbury Music Festival. And in keeping with the McCartney’s musical inspiration, the designer also created a campaign starring up-and-coming artists Oscar Jerome, KEYAH/BLU, Joy Crookes and Femi Koleoso, who all together (see what we did there?) bring The Beatles iconic psychedelic adventure to life in a new campaign film.