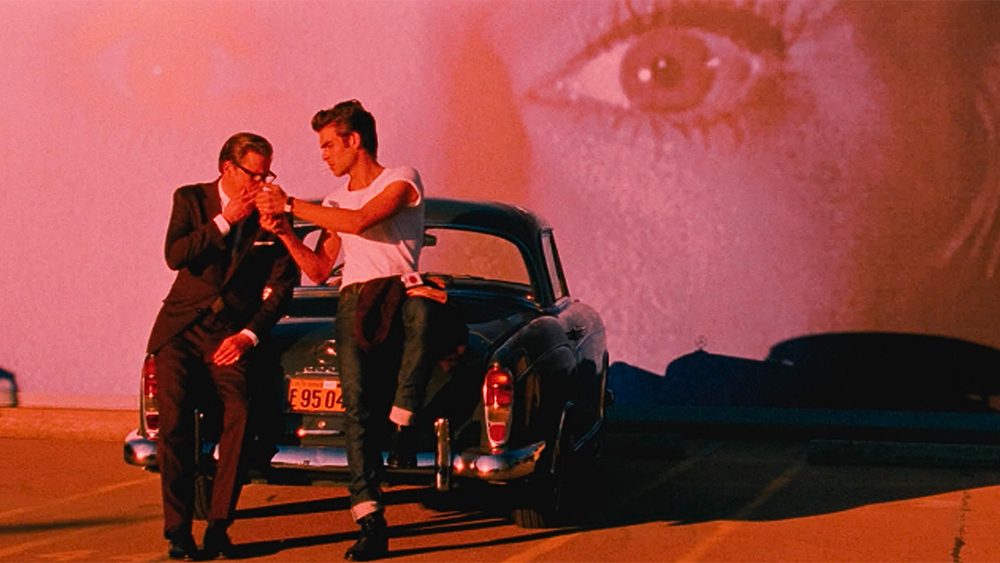 Ever watched a film and found yourself as gripped by the wardrobe as the plot? Thoughtful costuming can turn a good movie into a great one, particularly when the characters sport clothes you might actually want to wear. Vice versa, bad costuming can kill an otherwise fine film—at least for the fashion-minded among us. Somehow, poorly-dressed characters don’t sit quite right with those finely-tuned style instincts of yours, that part of your brain that jolts when you see Bond in Tom Ford or Jude Law’s Valstarino jacket, whispering “Hey, that would suit me quite nicely too.”

If you suffered through the schlubbily-attired dudes of Love Is Blind and need to engage your inner sartorial cinephile, we’ve compiled a list of classic, critically-acclaimed films with style in spades. All currently streaming on Netflix, they’ll provide a bit of escapist entertainment and plenty of outfit inspiration for life after quarantine.

It is near impossible to empathise with maniacal sociopath Patrick Bateman. But when it comes to his spending habits, well—we have more in common than we’d eagerly admit. In the film adaption of Bret Easton Ellis’s era-defining novel, Christian Bale’s Bateman wears Salvatore Ferragamo shoes, Alan Flusser and Valentino suits, Oliver Peoples glasses and the savvier amongst you will detect leather goods from Jean Paul Gaultier, Louis Vuitton and Bottega Veneta. It’s hard to like Bateman, but you’ve got to admit the man had impeccable style.

How is it possible that a film set entirely in an Alpine Nazi jail turned Steve McQueen into a style legend? You’ve probably seen it hundreds of times before but, now that we’re in isolation, it’s an ironically good time to revisit The Great Escape. McQueen’s relaxed Yankee threads—that combo of a cut-off sweatshirt, leather jacket and stone chinos—are a direct contrast to the uniformity of his British inmates. Unlike them, he already seems free. With military surplus pieces becoming hotly sought out (check out Gothenburg-based Broadway and Sons), it’s easier than ever to cop McQueen’s iconic look—one that’s especially perfect for lounging around the house.

Eddie Murphy’s return to form in this critically-acclaimed biopic of comedian (and disputed Godfather of Rap) Rudy Ray Moore offers a lot to love. Murphy’s nuanced performance is a worthy watch in itself, but the costumes are a must-see. To fully realise the era, characters are decked in full 1970’s swagger: bling atop bling, mink coats, gold-topped canes and flamboyant tailoring, in colorus and cuts we’re seeing more of as the era’s menswear enjoys a renaissance (the look is very Gucci x Dapper Dan). A hilarious and honest film, Dolemite is my Name is as much an homage to eccentric 70’s fops as it is to Murphy’s talents.

Tarantino’s 1992 debut made him a Hollywood heavyweight, not least because of his masterful use of style. The story? In short, six criminals in black suits are hired to steal diamonds. They do not know each other’s true identity and, after a failed heist, suspicions of foul play begin brewing amongst the team. As the film unfolds with a ballet of violence, each man is as much a mystery to the viewer as to his accomplices, underscored by the allegorical use of dark tailoring. Who are these men, and how far are they willing to go? You’ll have to watch to find out, but there’s one thing Tarantino makes clear from the start: a man in a crisp black suit is a walking enigma.

Robert Redford was a better Jay Gatsby than Leonardo DiCaprio. Fact. You can dispute their thespian merits, but Redford wins for wardrobe. The 1974 adaptation of Fitzgerald’s tale of class and obsession features designs by none other than Ralph Lauren. Redford’s nouveau-riche Gatsby strides around West Egg in structured three-piece suits, cricket sweaters and tennis whites. But it’s the small details—the vibrant bathing suit, the driving cap, the pastel shirts—that reveal Lauren’s touch (the wardrobe went on to win an Oscar). It’s a mistakenly over-looked film: brighter than Luhrmann’s dark cabaret, with sunshine seeping from every frame like the memory of a lost summer. Just don’t be surprised if you end up in the garden, decked in vintage Ralph, muttering “old sport” to yourself. It happens to the best of us.

In a film directed by fashion luminary Tom Ford, you’d expect impeccably-appointed men in sharply-cut suits and luxe sportswear. But with A Single Man, Ford outdoes himself. An adaption of Christopher Isherwood’s 1960’s novel, it tells the story of a professor, played by Colin Firth, struggling to come to terms with the death of his lover and musing on the meaning of life—looking impossibly dapper all the while. And yet, for all its good looks, this film is very much full of meaning: love, loss and the endless longing of both. The wardrobe unfolds like the pages of a vintage menswear editorial. Of course, there is plenty of slim suiting but also some pitch perfect Ivy style and what may be the greatest mohair sweater captured on celluloid.

Few films have made as lasting an impression on menswear as Anthony Minghella’s 1999 thriller. Serial-liar Tom Ripley is tasked with returning a spoiled playboy home to his father, but their friendship unravels in simmering jealousy against the backdrop of a sunny holiday in post-war Italy. Every stitch of Jude Law’s 1950’s wardrobe has been dissected and praised to death, so we’ll just give you the highlights reel: knit polos, tennis shoes, short-shorts, Roman tailoring and camp-collar shirts, all in dusty shades of sunset pink and Adriatic blue. Your summer shopping basket starts here. Want more? Watch the equally good Plein Soleil, a 1960’s adaptation of the same story starring Alain Delon.

Eight Menswear Staples Worth Investing in Now, According to the Experts at Matches Fashion