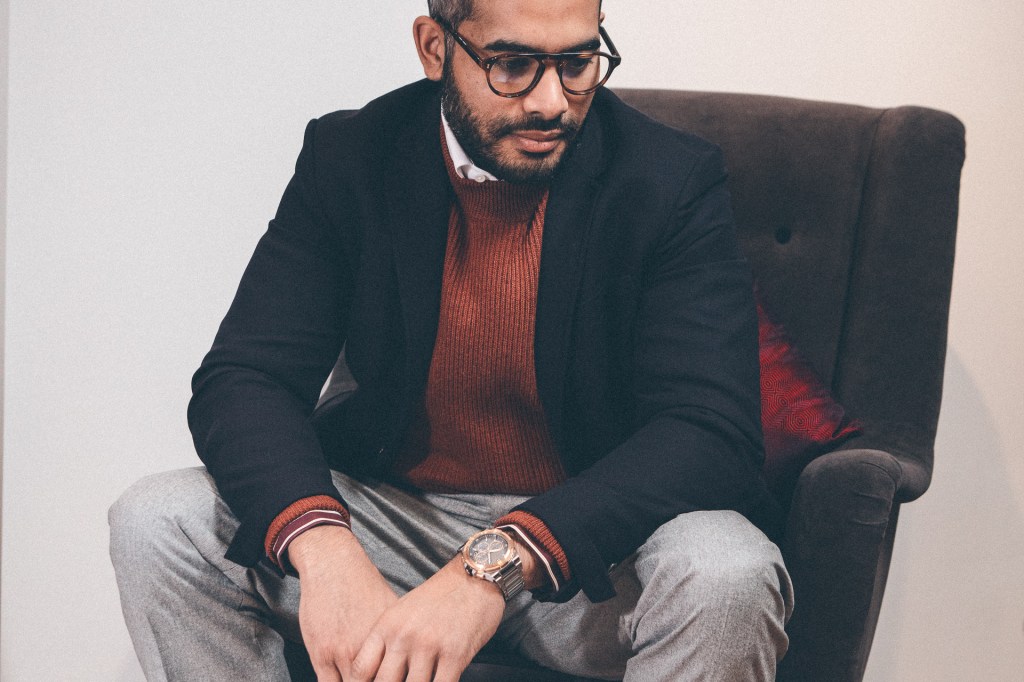 Fintech is not only shaking the old financial order to its foundations by revolutionising how we consume financial services – it’s also having an even wider social and cultural impact by changing the way the industry dresses. Those are the conclusions reached in an examination, carried out by fintech pioneer eToro with the help of prominent stylist, fashion influencer and ‘urbane outfitter’ Chris Modoo, into how, and why, financial fashion trends and style have evolved over the past 80 years, and what the definitive financial fashion look of the 2020s

The examination – which marks the first London Fashion Week of an exciting new decade – tracks the way the evolution of fashion in finance has run parallel to the revolution in banking and technology – from the bowler-hatted gent in the City of London, to the brash stripes and braces on the trading floors of the eighties to the present day – and finds that the look of today’s fintech entrepreneur is more likely to reflect the aspirational style of their customers than the “them and us” uniform of the old-fashion bank manager.

eToro is the UK’s leading multi-asset investment platform, famous for making investing more accessible to ordinary people by doing away with commission fees when buying and selling stocks. It is one of the driving forces of the UK fintech sector, which generates a staggering £8.6trn per year, with an estimated 1,600 firms based in the country and that number is projected to double by 2030. Nearly 80,000 people work in the sector and 20 million people in the UK use money management apps of some kind.

“Fashion and finance may not be seen as the two most natural bedfellows,” says Iqbal V. Gandham, UK MD at eToro says, “yet as Chris Modoo’s analysis shows, the uniforms we wear tell us a great deal about the financial services industry we work in and how it has evolved. It’s clear that the tech-led disruption emanating from Silicon Roundabout is not just revolutionising finance but has wider social connotations for how we think and dress.

“Fashion trends tend to come from new ways of thinking and a groundswell of values shared by like-minded individuals, which for pioneers like eToro, means thinking – and indeed dressing – like the customers we are in business to serve. Fintech is not just an £8.6trn economic revolution in the UK, it’s also a social and cultural phenomenon and should be regarded as such.”

Chris Modoo agrees.  “The image below says respectable, travel friendly, fashionable but not aggressively so,” he says. “It’s about informal elegance. The classic wool trouser, worn in all its pleated correctness, is re-imagined with a drawstring waistband for ease and comfort. Knitwear is trim and practical with the old ‘City stripe’ shirt serving as a pop of colour.

“The blazer is the new suit, and soft, unstructured styles rule. The sneaker, once only worn in inclement conditions, is the go-to footwear for day-long comfort. The look is well put-together and considered as well as being disruptive and mildly subversive. It is the antithesis of the badly fitted blue suit and cheap shoes. Less formal but more elegant. A sartorial dichotomy.”

“The mid-century City gent of London’s Square Mile still wore a uniform with its roots firmly in the Edwardian era. The frock coat was replaced with a short, black lounge jacket but the fancy striped or checked ‘cashmere’ trousers remained – as did the starched, stiff collar and laced, black shoes. No brown in town, thank you very much. A waistcoat to match the coat, or perhaps a dove grey if you were feeling a bit more daring, is as mandatory as the bowler hat. From an institutional perspective, it was a code to tell if someone was ‘one of us’.

“Sporting the wrong version of your old-school tie (the better schools produced a country and a town version) or tying it in the ‘spivvy’ Windsor knot or wearing lined gloves would mark the owner as a person of dubious taste and character. To the outside world, it gives an impression of stability and dependability against the reality of a country coming to terms with losing the Empire and being crippled by Marshall Plan payments.”

“Banking became more accessible in the 60s and 70s. Cheque books with guarantee cards as well as credit was more readily available and whilst the UK was not doing as well as it perhaps could have been, it was a time of greater disposable income.

“With banks now able to offer mortgages, the bank manager became less of a distant figure of bowler and brolly and more accessible in his matching ‘lounge’ suit. And what a choice of suit he had! The peacock revolution had a seismic influence on classic men’s fashion and by the early 1970s, the traditional business suit was being re-imagined as a sexier, more form-fitting garment with narrower waists and tighter trousers. And the colour palette went beyond the traditional dark blues and charcoal greys into browns and beiges.”

“As a reaction against the excessive flair of the 1970s, or maybe just the flares, the 1980s saw a new conservatism in the City to match the new Conservative government. The support of the Thatcher regime and strong US relationships saw the City boom. And whilst some were apprehensive that deregulation would kill the ethos of the City, others saw the opportunity to create capital.

“These new power brokers looked to the past whilst they looked to the future and dressed their new-world wealth in old-school tailoring. Double-breasted suits in chalk stripes were worn with white-collared shirts and expensive ties with bold braces which exuded this new-found self-confidence of the young and upwardly mobile.”

“Dress down Friday can be traced back to the City where it was acceptable to have a nod to the country in your attire in anticipation of the weekend. That is miles apart from the 00s version of dress down though that evolved into business casual. This was influenced by the growth of dot.com and the importance of technology, which laid the foundations for the current fintech revolution.

“These new professionals had their own subversive dress code that is often anti-suit. This can be either the chino and sweatshirt or more street-inspired ‘hipster’ attire. The concept was comfort and non-conformity.”

Photographs by Getty and Alamy