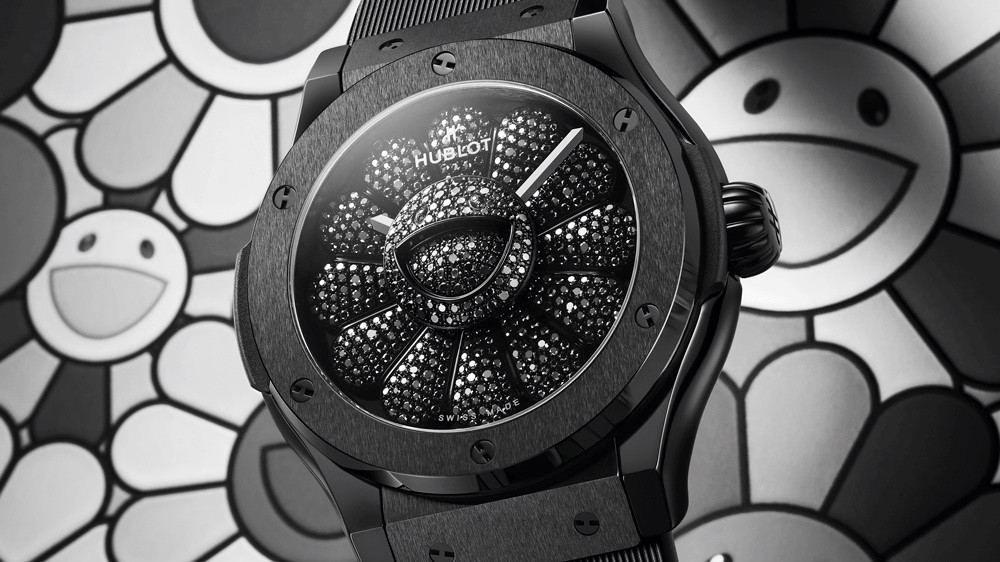 You’ve seen Japanese contemporary artist Takashi Murakami’s vibrant artwork on t-shirts by Supreme and Uniqlo, shoes by Crocs and Vans, and, of course, handbags by Louis Vuitton. But until this week, it had never appeared on the face of a Swiss watch.

To hear the enigmatic pop icon describe it, he had to be sweet-talked into a collaboration with Hublot, but the resulting timepiece, the Classic Fusion Takashi Murakami All Black, is a testament to how deeply immersed he became in the project.

“Sometimes collaborations with watch companies only involve printing on the packaging, so I used to say I would collaborate only if I could be fully involved,” Murakami says in a video about the new watch, which was introduced Monday at LVMH’s virtual Watch Week. “But I knew that was never an option and I kept saying no, as I had no interest in just printing a package. I think I also declined this project a few times.”

Thank the art gods he finally relented. The finished product, which features Murakami’s signature smiling flower front and centre, emerged from a visit he paid to the Hublot manufacture in Nyon last February. Studded with more than 560 black diamonds, the flower is composed of 12 petals that spin around the head of the pistil at the centre of the dial using a clever ball-bearing system devised by Hublot’s engineers.

Beneath the beguiling display ticks the in-house Unico calibre, a self-winding movement offering 72 hours of power reserve. Housed in a 45 mm case of satin-finished and polished black ceramic on a black-lined rubber strap, the model is limited to 200 pieces, and retails for £22,600 (while supplies last).

For the moment, the luxury watch industry’s long-simmering debate about whether an haute piece of horology is art or craft is settled.