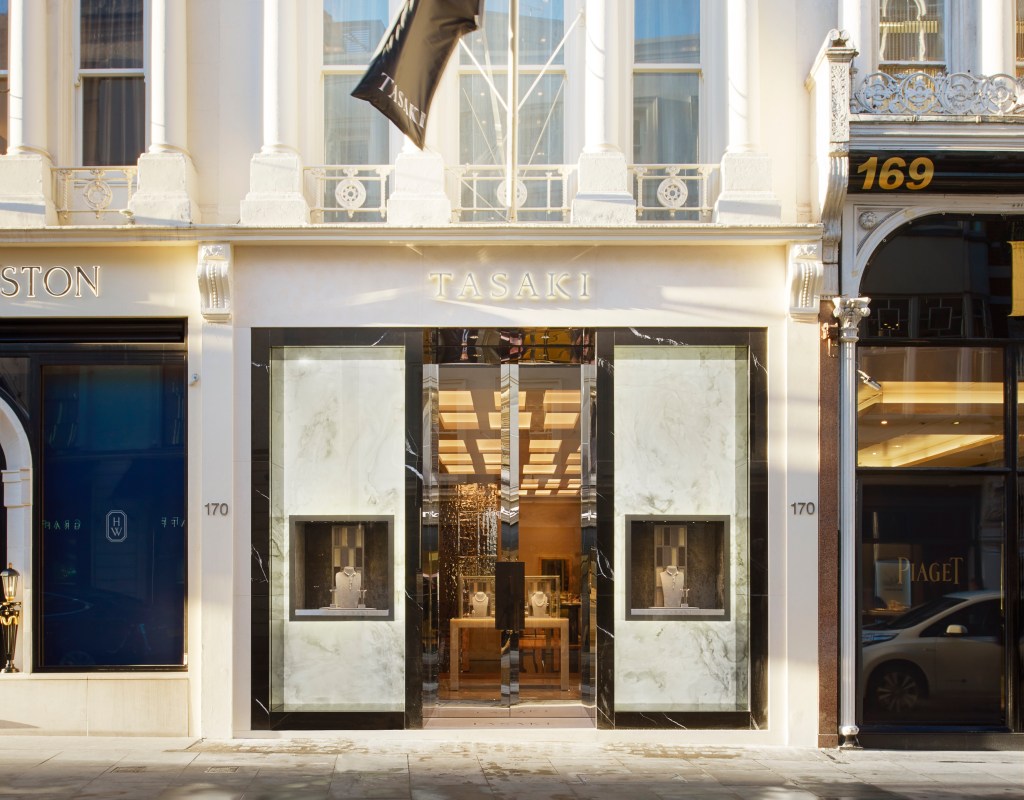 Diamonds, according to in Marylin Monroe’s famous ditty in Gentlemen Prefer Blondes, are a girl’s best friend; pearls, according to Coco Chanel – who revolutionised the fashion world in the 1930s with the introduction of costume jewellery – are something a woman needs “ropes and ropes of”. If you’re a fan of both, it’s likely you’ve come across the uniquely elegant wares of Japanese jewellery brand Tasaki – which has now opened its first stand-alone European boutique on London’s Bond Street.

Visitors to the store will encounter innovative creations such as the Refined Rebellion collection – an edgy range by Tasaki’s Designer Thakoon Panichgul, which sees the culet of the diamonds and coloured stones inverted to give them a mountain-like appearance – as well as the “Balance” series: Panichgul’s debut collection, inspired by the balance ball, which features straight rows of pearls that seem to actually balance just above the finger. Tasaki Atelier – a collection designed by Creative Director Prabal Gurung, whose enchanting creations have a focus on the empowerment of women – is another enticing, must-see line.

Exclusive to the London boutique, though – a 5,015 square-foot space, over seven floors, whose geometric interior has a balanced, seductively harmonious ambience – will be a celebratory, eight-piece high jewellery line, the Brilliant Grace collection, which takes inspiration from the vast, mysterious, silent realms that exist beneath within the world’s oceans. Think of how sunlight glimmering on the surface of a vast body of water mesmerises the beholder, and tantalises the imagination when it comes to what lies beneath, and you’ll get the idea.

Provenance and ethics are all important to the modern consumer, of course, and Tasaki’s fine quality pearls come from the brand’s own farms in Japan and Myanmar. Tasaki – which was founded in 1954 and now has 100 directly operated stores globally (46 Japan and 54 rest of the world) – is also the only Japanese company on the De Beers Global Sightholder Sales’s (DBGSS) list of authorised bulk purchasers of rough diamonds (“Today, certifications such as the Kimberley Process Certification are more important than ever for preventing conflict diamonds,” as Yoshikazu Yamada, Vice President/ Chief Marketing Officer of Tasaki, puts it). The house is also renowned for its highly advanced diamond polishing techniques.

Japanese culture has, over centuries, garnered a well-deserved reputation for embracing the beauty of nature: this is a house that will be enhancing that reputation long into the future.

Read more about Tasaki’s fine jewellery in the next issue of Robb Report, out 20th Jun