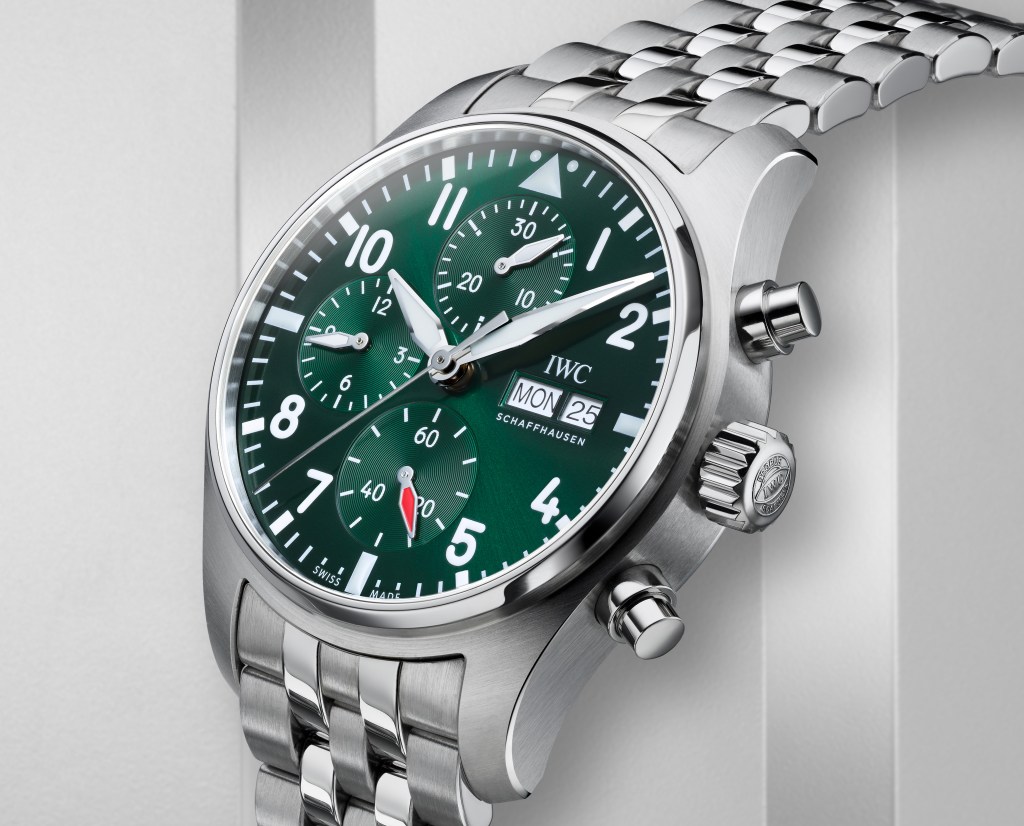 It’s now roughly 85 years since IWC made a watch whose basic traits – high-contrast hands and numerals, shatterproof materials, a rotating bezel designed to measure short periods of time, antimagnetic escapement, a temperature resistance range of –40 degrees Celsius to +40 degrees Celsius – made it suitable for aviation. Now, the latest novelties the manufacture has unveiled see it soar to new heights when it comes to watches which are worn more often than not by those who have only ever dreamt of commandeering an F-14A Tomcat, but which are nonetheless fully fit for purpose when it comes to timekeeping in a military aviation context.

The Big Pilot’s Watch 43 – whose earliest ancestor is a military observation watch, designed by IWC in the 40s to be operated by aviators wearing padded flight gloves – has a striking conical crown, and is available with either a black or blue dial, with strap options including calf leather, rubber and stainless steel (£7,200 for the leather version, £8,000 with bracelet). 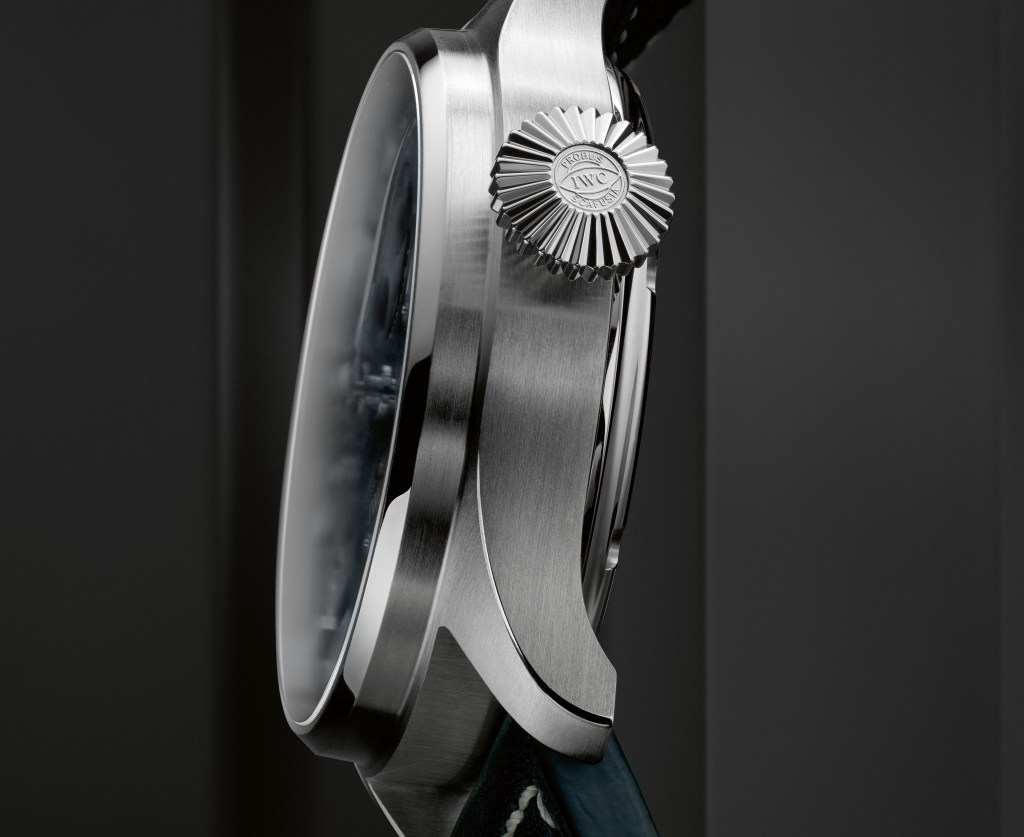 The latest iteration of the Big Pilot’s watch with perpetual calendar complication – a lead protagonist on the dials of 37 iterations of the model since 2006, when a limited edition of 25 pieces in platinum were unveiled – comes in a stainless steel case, with a blue dial and rhodium-plated hands. For those late in the room, the complication in question, developed by Kurt Klaus, was first encased within the Da Vinci Perpetual Calendar in 1985: this was the first time a perpetual calendar watch could be operated with as little fuss as any other watch, thanks to an ingenious mechanism which allowed all calendar indications to be coordinated using the crown. 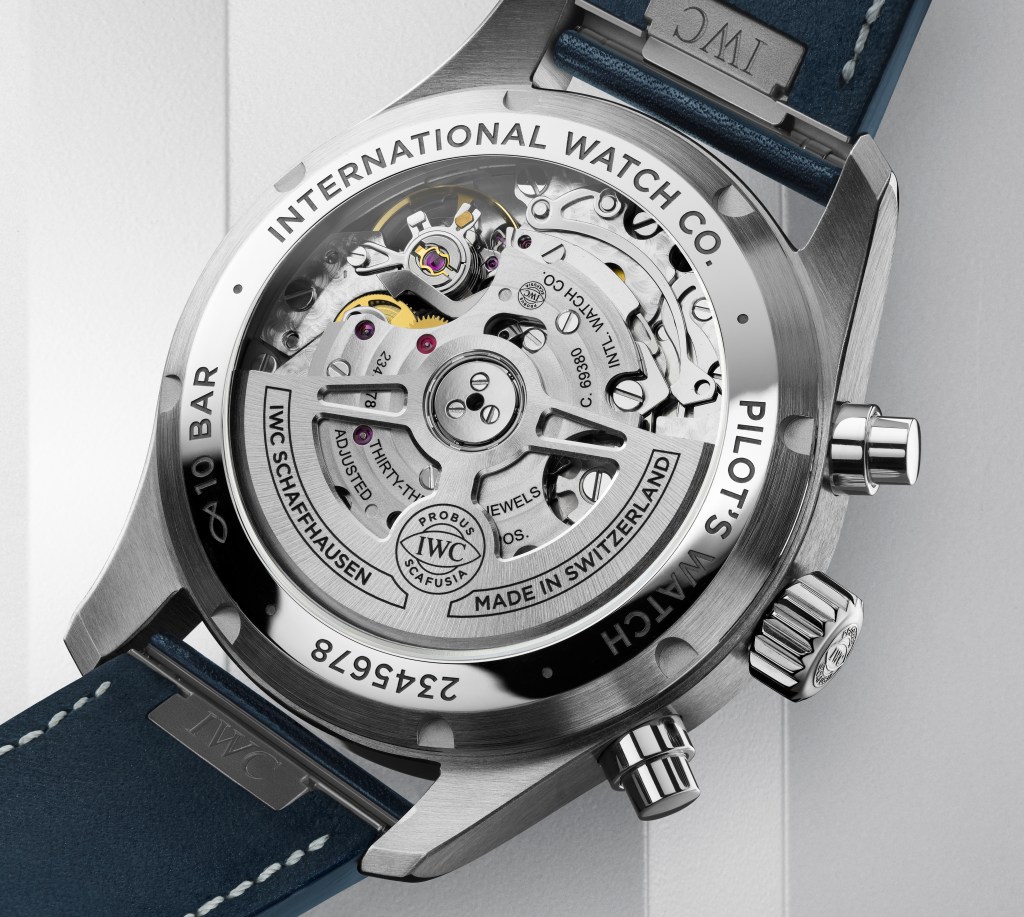 Elsewhere the Pilot’s Watch Chronograph 41 with stainless steel case (£5,850 with leather strap, £6,500 with bracelet) will catch the eyes of the many watch enthusiasts currently enjoying a fling with green dials (see, also, Audemars Piguet’s unveiling last week of three Royal Oaks with dials in the colour, aptly enough, associated with envy): that said, Chronograph 41 is also available in the deep blue many have come to associate with IWC.

Perhaps the new additions to IWC’s aviation range which will have the most tongues wagging, though, are the “Mojave Desert” Big Pilot’s Watches in sand-coloured ceramic (£13,600, or £28,600 for the version with a perpetual calendar). IWC fans are no strangers to the range of sand-hued Top Gun pieces in ceramic (the “Mojave Desert” timepiece, first launched in 2019, has a design inspired by the barren landscape of China Lake), but this is the first time the manufacture has opted for that material for the Big Pilot’s Watch. 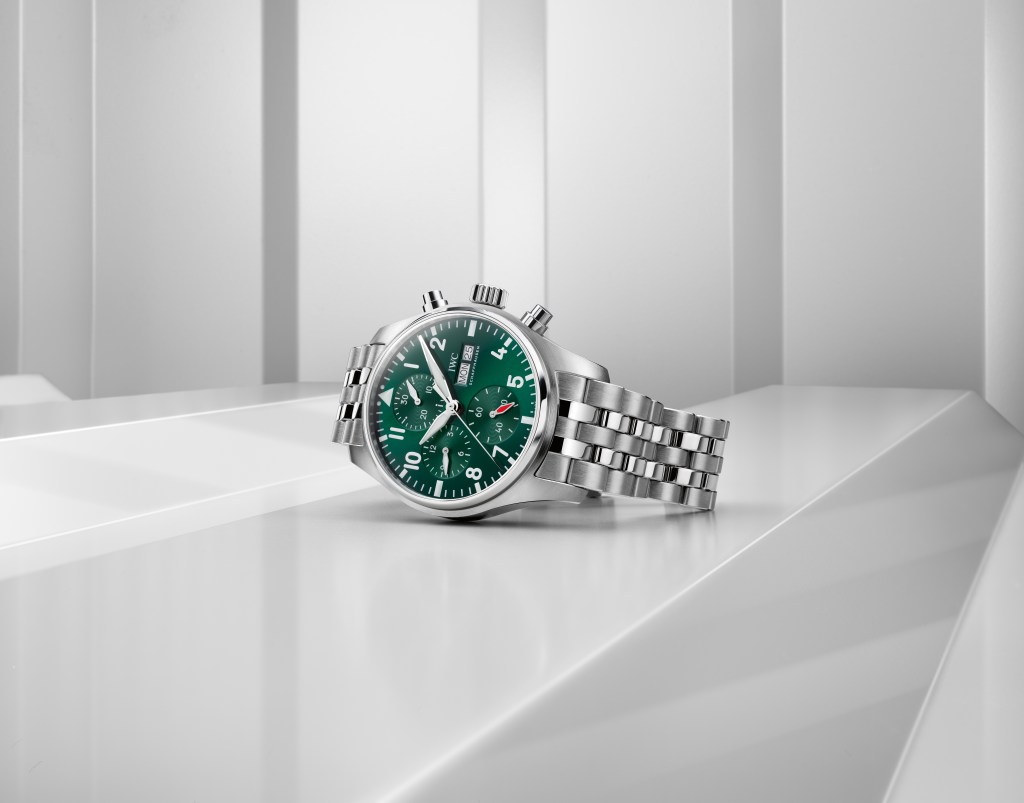 Understated dials in dark brown juxtapose elegantly with the sand-coloured hands and rubber straps, in a pair of watches engineered for maximum acceleration forces in supersonic jets such as the F/A-18E/F Super Hornet, but which will look just as “in situ” paired with a well-chosen safari jacket as they will with any flying jacket or bomber. 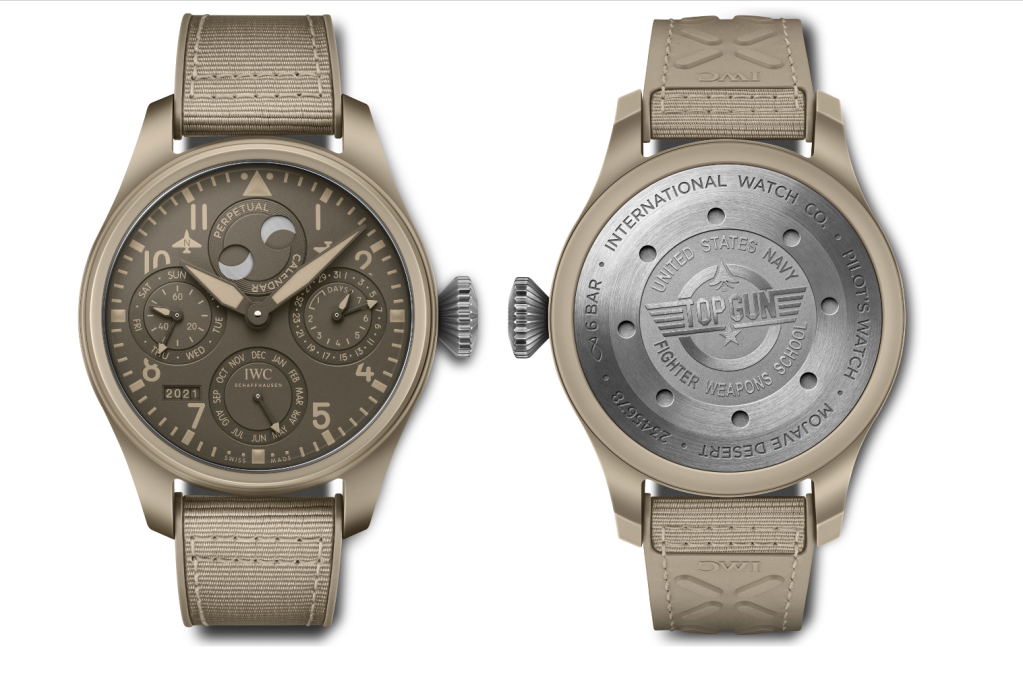