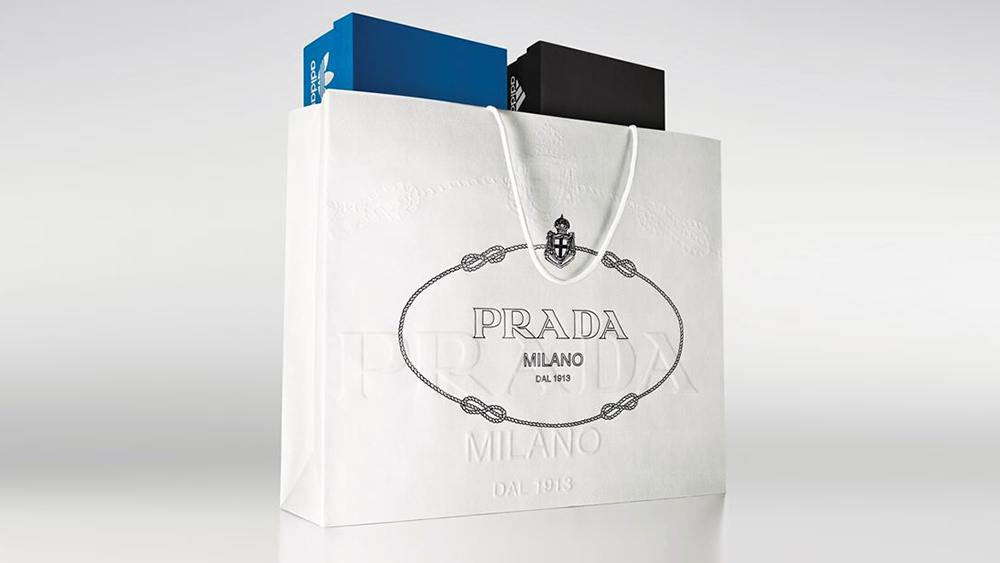 In today’s fashion landscape, the idea of a brand collaboration can seem old hat. Nearly every label, big and small, has tried its hand at one—with varying degrees of success. There are so many happening all at once that it takes something really special to make us look up and take notice. Naturally, we did just that when, after weeks of rumours, the Italian powerhouse Prada officially revealed that it’s teaming up with Adidas.

The partnership was announced via a somewhat cryptic post on Prada’s Instagram feed; it reads “Coming soon,” and amassed nearly 90,000 likes within a few hours of going live on Thursday morning. Pictured in it is one of Prada’s iconic logo-stamped shopping bags filled with two boxes: a blue one to indicate Adidas Originals and a black one for Adidas’s mainline.

According to PY_LEAKS, the social media sneaker sleuth that broke the news, both shoes will have the moniker Adidas Prada Sailing and retail for around £265, although that has not been confirmed by either brand just yet. No official images were released, but the name suggests the somewhat nautically inspired look that the Milanese house frequently uses in its ready-to-wear runway shows for both men and women.

The team-up could prove wise. Both brands have a strong following that can help them capitalise on a still-growing sneaker market. In the U.S. alone, sneakers generated £33.5 billion in sales last year, and that was up 9 percent from 2017, according to The Wall Street Journal. But this specific pairing could yield particularly high rewards. Even though Adidas has a net income of around £1.5 billion in 2018, half that of its main rival Nike, its growth is nearly double that of Nike’s since 2015, per Forbes.

Prada itself remains one of the largest and most influential brands in fashion. Miuccia Prada, the granddaughter of Prada founder Mario Prada, is among the world’s wealthiest women with an estimated net worth of around £2 billion, a sum which doesn’t include the assets of her husband and business partner Patrizio Bertelli. It won’t come as any surprise if all involved improve their fortunes when all is said and done.