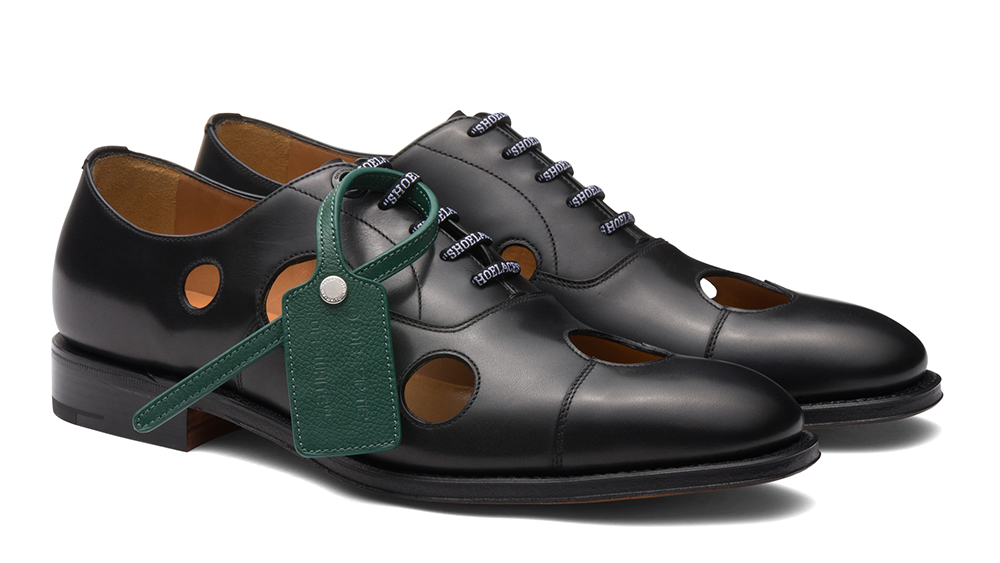 Italian luxury fashion label Off-White has teamed up with Church’s to release a second shoe designed by the late Virgil Abloh, the American founder of the former brand.

Dubbed the Consul Meteor, the black calf leather oxford shoe dropped in stores and online on Tuesday. Notably, it features cut-out holes throughout its upper, including one sizeable one across its cap-toe detail. (Think of it as a stylish way to stay cool this summer.) Abloh conceived of the motif for his own label, Off-White, and first used it to punch holes into handbags. It’s meant to mirror the craters left behind after meteor showers—or the holes you spot in slices of Swiss cheese.

The shoes are an updated take on Church’s Consul shoe, so named because of its popularity among British politicians, who’ve worn it since it was introduced in 1945. Although its hole-y design might make it feel a little out of place in the House of Commons, Abloh’s version features a number of touches that make it his own, including a leather zip tie tag in forest green. The shoelaces are also labeled “Shoelaces”—another Off-White signature that appeared on designs for his coveted trainer collaborations with Nike throughout the years

Otherwise, the shoes are made in Church’s classic English style. The lace-ups feature a Goodyear construction, a leather sole and interior leather lining. The insole is emblazoned with a special-edition Off-White c/o Church’s logo that shows the shoemaker’s name surrounded by hand figures, another Albloh touch. The design also appears on the sole of the shoes.

Overhead and sole views of the shoes, showcasing the special-edition logo and more  Courtesy of Church's

The all-new Consul Meteor shoe is available now, in men’s and women’s sizes, for £1,200 via Church’s website. Select sizes are already sold out, so if you want a pair, you’d better move quickly.