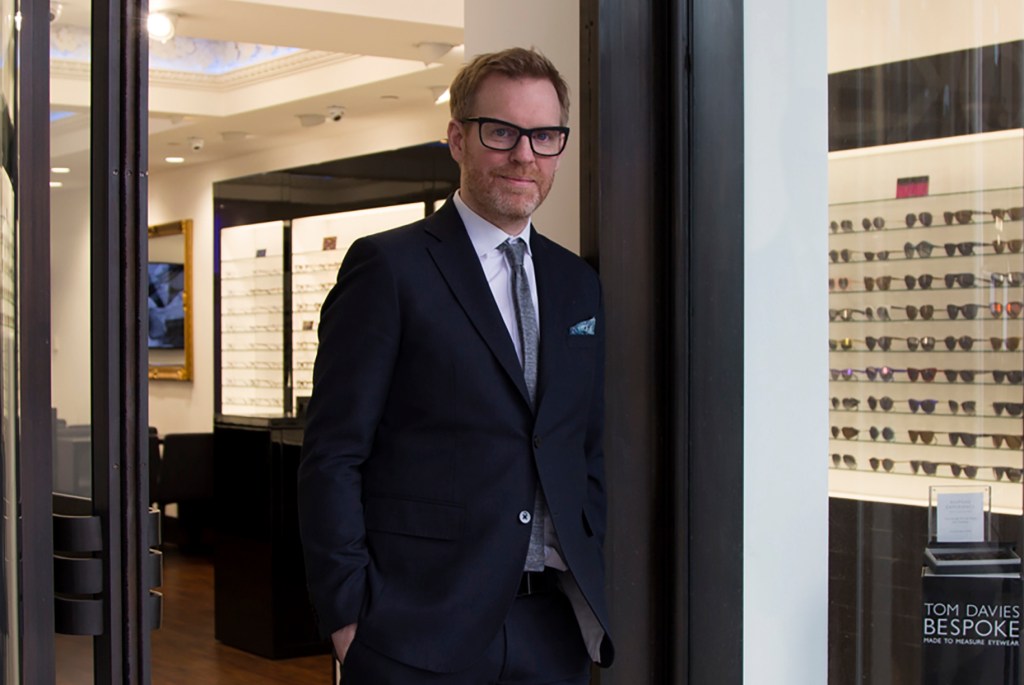 “It’s a bittersweet moment, this,” says Tom Davies, the British luxury eyewear mogul, whose maverick frames have been worn by Heston Blumenthal and Carrie Fisher. “I closed my factory in China today, but tomorrow my stores reopen.”

Talking over the phone, in his typically unbarred style and rat-a-tat-tat tempo, Davies shares a common story – lockdown has ravaged his business. “I’ve lost millions of pounds,” he says, a nervous laugh shading the remark as if he can’t quite believe the words are coming out of his mouth. “We were growing at 30 per cent a year and this year we were forecasting 50 per cent. But we’ve barely sold anything since the end of February. I’d expected to do £3 million turnover in the second quarter and we did maybe £400,000. It’s devastating.”

Davies says he saw it coming. When I spoke to him in early March, in person, in his Sloane Square flagship store, the coronavirus was spreading fast and he was planning for the worst.One trade show, where he had expected to do business worth six figures, had already been cancelled, and another in New York he had said was worth a million dollars to him was in the balance. If the show went under, he said, so too might his business.

Like many entrepreneurs, he was facing the possibility that in just a few months, a business he’d spent nearly 20 years building from scratch into one that turned over £13 million a year could be wiped out. 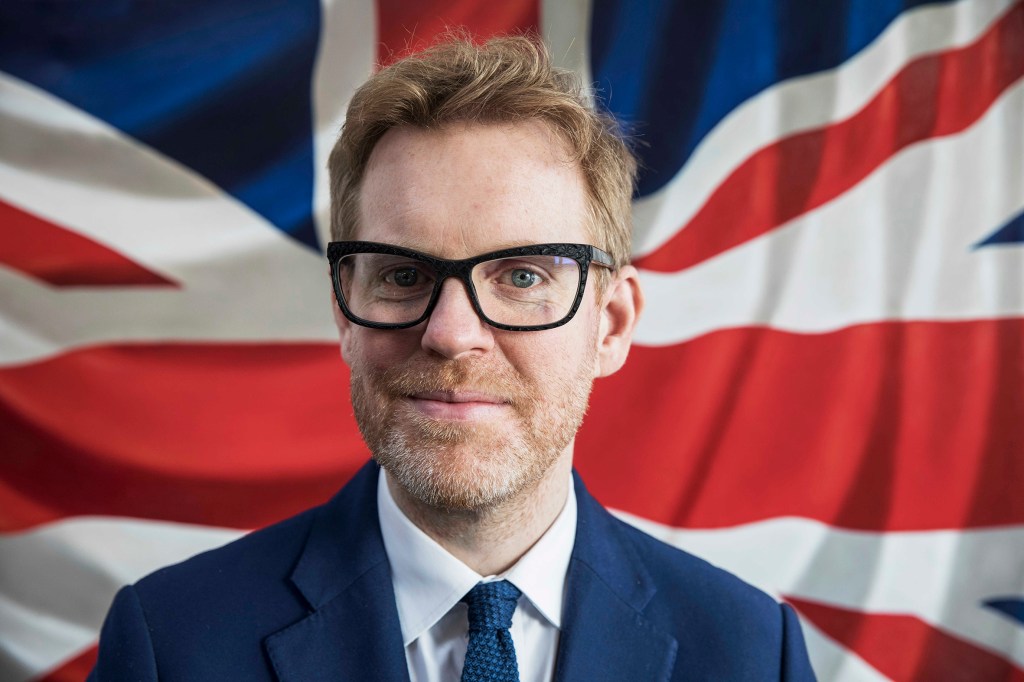 New York didn’t happen. Lockdowns in China and then around the world happened instead, sending his business into a spin. But he’s still here. “At the beginning of lockdown, I had a business plan. It was one line and it said, ‘be in business in September’. That was it. Basically, it’s worked and now I’m looking into 2021, which I’m pleased to say is a bit more than ‘be in business in January.’”

He says that while his staff were furloughed, he did whatever it took to keep the ship afloat, running around as if he were a start-up all over again, making films for social media, launching competitions to keep his social audience focussed, and even getting back on the factory floor himself, making frames for the first time in years.

He also had to be quick on his feet. “I’m still here because I restructured the business,” he says. “It was always the plan to close China, but I was only two years into a five-year plan.” 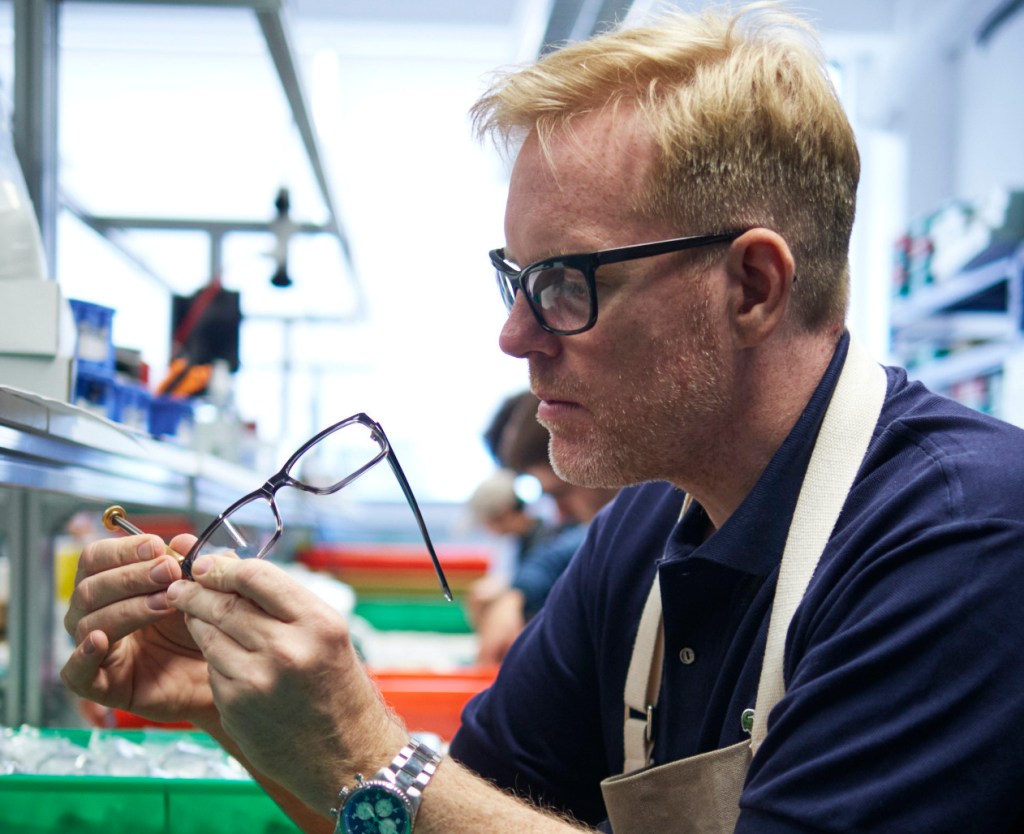 Circumstances have seen Davies return to the factory floor

At its peak five years ago, his Chinese operation employed 190 people. That number had already come down to 80 following the opening of a factory in London in 2017 where he now employs 30 people, and with the introduction of mechanised systems. But on Wednesday, that side of his business went into administration.

Davies says it’s brought him great anguish, first watching the Chinese authorities roll boulders across the entrance to his factory so no one could go to work (he says he sent face masks over but they never made it to his workers), and then having to lay off loyal staff, many of whom he says have been in touch, although not always warmly.

But at the same time, he says it’s not a disaster. “Personally, closing China is quite emotional,” he says. “But professionally, let’s just say good job I started re-shoring when I did. The business is now easier to run and, strangely enough, more profitable. The factory in China was costing me £400,000 a month.”

Davies says his plan is to accelerate the ‘British Made’ story and develop his London factory. Previously, he’d expected to make 12,000 frames for his Tom Davies brand in London this year; now he says it’ll be as many as 60,000 as he relocates his manufacturing business and invests in new technology. That would represent a return to good fortune. Tom Davies frames, with lenses, start from around £950, going up to £9,000 if you ask him to design a pair of glasses in 18-carat gold.

It could also offer a faint glimmer of hope amid the gloom of UK employment. ‘We’ll be bringing on more apprentices and employees this year,’ he says.

Sloane Square has been open since the second week of June, the rest opened yesterday. He reports a bounce-back, but admits that pent-up demand may mean it’s a brief spike.”Sloane Square had a better month than it did in the whole of June last year,” he says. “But what happens next is anyone’s guess.”

The pandemic has forced him to make some tough calls, he says, but adds that some of them should have been made anyway. “I feel now the gloves are off,” he says. “You can do anything you like. I’ve made changes in my business that a few years ago I would have been too frightened to do, but in these brave new times, you can get away with anything.”