By Christina Binkley on December 4, 2018 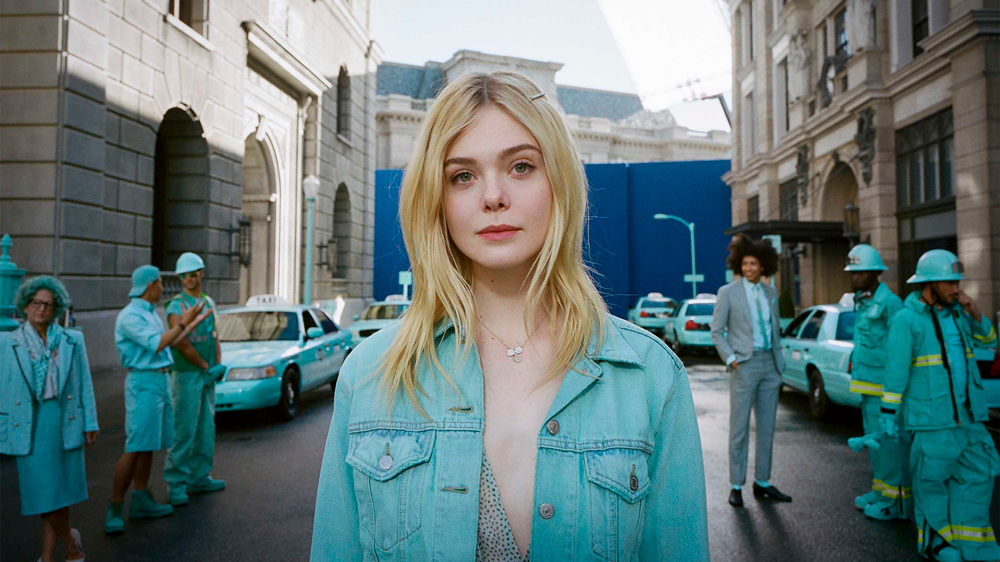 A mere 44 seats grace the Blue Box Café at Tiffany’s Fifth Avenue flagship in New York. On any given weekend, a digital queue forms as the café’s wait list fills with more than 2500 mostly futile requests for seats on its signature robin’s-egg-blue leather banquettes and club chairs, where the prix-fixe menu includes truffled eggs and a club sandwich named for company founder Charles Lewis Tiffany.

The move into culinary experiences is just one of a number of unexpected tactics the formerly staid luxury house (which turned 180 last year) is using to appeal to a modern luxury client—one who is more interested in creative individuality than aristocratic symbolism. It’s part of an aggressive transformation led by chief executive Alessandro Bogliolo and chief artistic officer Reed Krakoff, whose symbiotic partnership has helped revitalise the tired behemoth. The strategy is drawing applause from Wall Street, where some analysts discuss Tiffany as though its shares were luxury goods themselves. “The stock is expensive but worth it in our view,” wrote Cowen analyst Oliver Chen in a recent report.

As new, younger customers slip Tiffany-brand gold and diamonds around their wrists, the company’s shares have risen nearly 39 per cent in the past 12 months, bringing its market cap to a robust US$15.4 billion (approximately £12 billion according to current exchange rates). The performance on Wall Street was buoyed by revenues in the United States—roughly 45 percent of Tiffany’s sales—and in Asia, where Chinese and Japanese clients helped send revenues up 13.4 percent for the six months ended in August. Profits were also helped by recent U.S. corporate tax cuts—something for which management isn’t responsible; they rose 38 percent to US$287 million (approximately £225 million according to current exchange rate) for the six- month period.

In an interview, Chen noted the speed with which Krakoff and Bogliolo have shifted consumers’ perceptions of the brand. “The pace of change has been aggressive. It’s radical with respect to Tiffany’s past.” Indeed, over the past several years the storied brand relied heavily on its classic diamond engagement ring and lower-priced sterling-silver business to fuel its bottom line. Over time that was eroded as formerly reliable clients sought out more contemporary designs from emerging luxury brands.

The change is apparent in everything from product to advertising, and especially in its surprising marketing initiatives. Seeking its modern-day Audrey Hepburn for a street-culture-obsessed era, Tiffany dressed the actor Elle Fanning in torn jeans and a robin’s-egg-blue hoodie and filmed a music video to launch its new Paper Flowers jewellery collection. Fanning gazes into a Tiffany store window and dissolves into a street-dance fantasy in which A$AP Ferg raps a remix of “Moon River”—the song from the iconic movie Breakfast at Tiffany’s.

Bogliolo says he expected Wall Street to punish him when he announced earlier this year that he would invest profits into developing high-jewellery pieces and on an expensive redesign of stores, including a US$250 million remodel of the Fifth Avenue flagship. Rather than balk at the spending, investors sent Tiffany’s stock up 20 percent in a single day in May.

Bogliolo is attempting to solve today’s retail riddle: how to make stores appealing when it’s so easy to shop online. To entice clients, many locations have implemented engraving stations where shoppers can customise purchases, and playful pop-up shops have opened in hip locations like the Grove in Los Angeles where almost every item can be personalised. Yet it remains to be seen if Tiffany can keep the successes coming steadily enough to justify investors’ current exuberance. The stock price dipped from its year high of US$141.64 in August when some analysts questioned how much of the earnings improvement was due to tax cuts. Stocks are currently trading around US$125.

Bogliolo is attempting to solve today’s retail riddle: how to make stores appealing when it’s so easy to shop online.

Krakoff, who is credited with transforming the traditional American leather- goods brand Coach into a powerhouse (and taking it from a US$500 million to a US$4 billion business), swiftly countered Tiffany’s staid image with an irreverent streak, launching an Everyday Objects collection. Not everyone was enamoured with this concept, though, which included a £945 pencil-holder soup can in sterling silver that was widely—and hilariously—ridiculed. “Normal people price: £0 because who buys tin cans???” panned one blog.

Still, Krakoff insists, “The world of luxury has gotten so much more playful; people wear trainers and a diamond bracelet and a backpack.”

Tiffany’s stock has been on the rise—graph shows numbers from October 2016 to 2018 *Prices in USD.

Key to the new strategy is the relationship forged by Bogliolo and Krakoff, whose temperaments appear complementary. Krakoff, reserved and task focused, asserts, “I don’t even look at the stock price, to be honest with you.” He says Bogliolo’s social exuberance and relentless travel schedule have reinvigorated the company’s employees. “He is very much with us every day. He’s in the design room; he’s in the stores,” says Krakoff. “He’s visited 100 stores, and he’s not been here one year.”

“He is incorrect—it’s 111,” says Bogliolo with a chuckle, who joined the company in October 2017. “You cannot manage a brand by staying in your beautiful corporate office.”

Bogliolo and Krakoff meet every possible Friday, spending a few hours together reviewing product development, design, advertising, and other initiatives. “It’s a perfect combination between creative and business,” Bogliolo says.

Krakoff’s array of new products is aimed at two vital customer groups: masses of millennials in their prime shopping years and very wealthy clients who buy one-of-a-kind high-jewellery pieces. The more youthful initiatives— personalised jewellery, a new minimalist engagement ring, and the irreverent Paper Flowers and Everyday Objects collections, along with an advertising campaign featuring Lady Gaga in 2017— have drawn new traffic into Tiffany stores and to its website.

The Blue Book high jewellery is a multi-pronged initiative. Krakoff notes that creating each piece requires “radical” experimentation with design and materials, which in turn can trickle down into the more commercial designs. Tiffany recently experimented with a new technique of diamond cutting for its new Cracked Ice collection in high jewellery. “It will make its way into the core collection in a more commercial way,” Krakoff says, possibly in the form of a similar effect in gold or silver or with coloured stones.

There is also the much-needed halo effect on the brand, which had lost much of its luster with its focus on mall stores and affordable pieces. “It’s about the intrinsic value of elegance,” says Bogliolo. “The values didn’t change; it’s the way we communicate the values.”